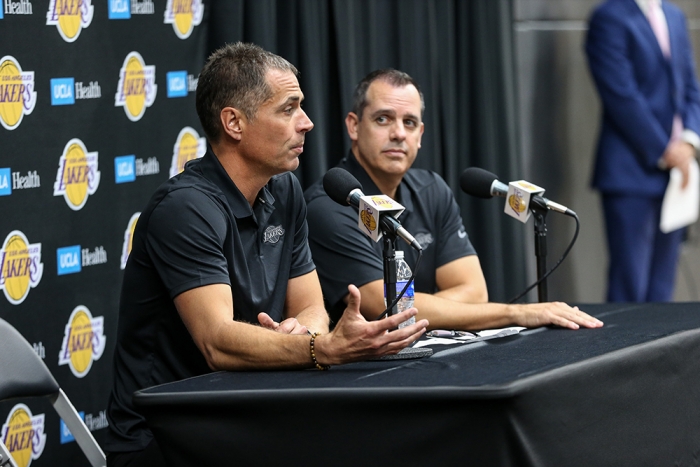 Los Angeles Lakers head coach Frank Vogel and his staff will coach Team LeBron in the 2020 NBA All-Star Game on Sunday, Feb. 16 at the United Center in Chicago.

The 69th NBA All-Star Game, featuring Team LeBron vs. Team Giannis, will air live at 8 p.m. ET on TNT and ESPN Radio in the United States.  NBA All-Star 2020 will reach fans in more than 200 countries and territories in more than 40 languages.

According to NBA rules, the first tiebreaker to determine an All-Star Game head coach is better head-to-head record.  The Lakers have won both games against the Jazz this season and the teams do not meet again until March, giving Vogel the tiebreaker over Utah head coach Quin Snyder.

As a result, Vogel has earned the spot to coach Team LeBron over the 13 other eligible Western Conference head coaches.  The Denver Nuggets’ Michael Malone was ineligible because he served as a head coach in last year’s NBA All-Star Game.

Each head coach in the 2020 NBA All-Star Game will lead the team that includes the captain from the same conference.  Vogel and his staff will coach the All-Star team captained by their own player, the Lakers’ LeBron James.

The eligible head coach of the team with the Eastern Conference’s best record through games played on Feb. 2 will coach the All-Star team captained by the Milwaukee Bucks’ Giannis Antetokounmpo.  Bucks head coach Mike Budenholzer is ineligible because he served as a head coach in last year’s NBA All-Star Game.