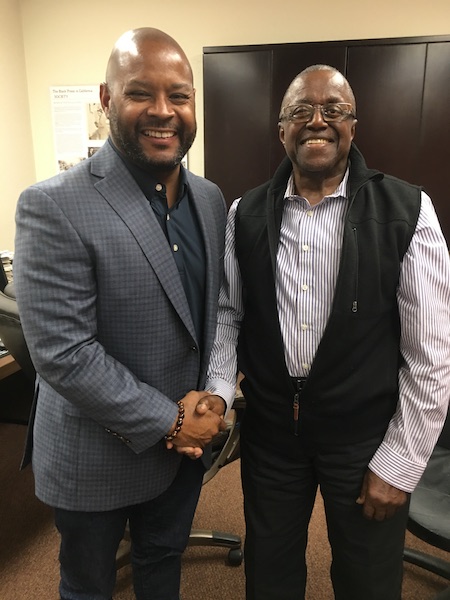 Giving to Southern University comes easy to the Valdry family.  In fact, Warren and his wife, Virginia, 1959 graduates, and his brother, Leon, a 1957 grad, have donated sizable gifts to their alma mater for more than 50 years.

Clearly wanting to do more to sustain the institution, the L.A. area residents partnered with Southern to open the Valdry Center for Philanthropy (VCP), which is the first academic unit at a Historically Black College and University (HBCU) to focus on philanthropic studies and nonprofit management. The newly constructed facility will open in April 2019.

“Our family strongly believes in the concept of philanthropy and giving as a principle. We wanted to maintain and perpetuate that philosophy in the next generation in terms of giving back and supporting their institution,” explained Warren.

“Thanks to Alfred Harrell III, chief executive officer of the Southern University System Foundation, we can market this process to help sustain and grow other nonprofits as well as communities of color.”

With 20+ years of experience in nonprofit management, Harrell brings extensive knowledge to VCP and Southern, which itself is unique among HBCUs in that its system consists of five campuses.  The university operates sites in Baton Rouge, New Orleans and Shreveport, Louisiana, along with a law center and an agricultural center.

In preparing the business model for VCP, Harrell reached out first to the Valdrys for input because he said he learned that “when we drilled down into our donor base and saw who had consistently been giving for years and years, the Valdry family rose to the top.”

After meeting with the family, he next contacted the Kellogg Foundation to request their support to fund a feasibility study to help develop the plan and they agreed.

“We also met with nonprofits in the Louisiana area, others in the not-for-profit world, and other donors and students. The result was we needed a center for minority communities,” he said, and that decision materialized into VCP – the Valdry Center for Philanthropy. 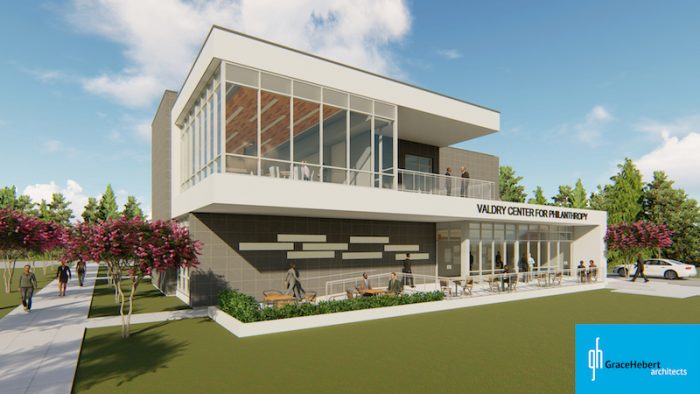 Artist’s rendering of the Valdry Center for Philanthropy. (Courtesy Photo)

“We also have a seminar, certificate and online program that we’re really excited about,” Harrell said. “Our programming model is not the traditional delivery model where you come and sit in a class, but we can send our consultants anywhere in the country.  The programming and experts at the Valdry Center can help people build and expand capacity in their own communities.”

Reflecting on the mission, Dr. Ray L. Belton, president of the Southern University System, said, “The Valdry Center establishes the opportunity for us to introduce the importance of philanthropy to the university community and beyond.

“It aligns with our pursuit of educational excellence and builds on strategic outreach and engagement as an intellectual platform to empower stakeholders and the communities we serve.”