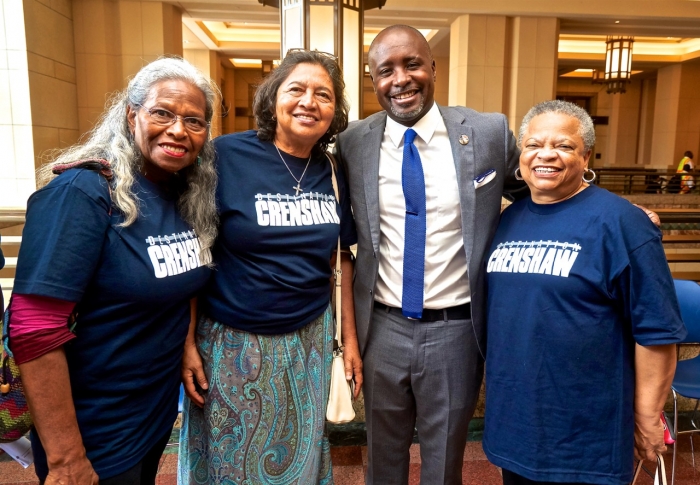 City Council member Marqueece Harris-Dawson edges closer to his vision of celebrating Black culture through art as a landmark for Crenshaw Blvd. Photo by Leroy Hamilton. 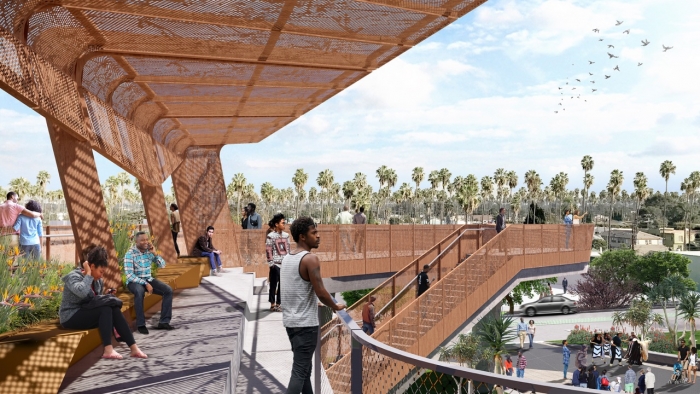 The main attraction will be Sankofa Park, which will be the largest platform of all included in the project. Located just south of Leimert Park on 46th and Crenshaw, the platform will serve as an amphitheater for performances, festivals, and community gatherings and events.

“Sankofa Park, we think is a fitting investment for this board to make to augment and enhance the train, and make it an asset that increases the vitality of the existing community and doesn’t require a new community to come in to create economic vitality,” Council member Marqueece Harris-Dawson says directing his comments to the board.

Councilmember Marqueece Harris Dawson and Supervisor Mark Ridley-Thomas (center) with supporters as everyone poses for a picture after the Metro Board votes to grant $15 million to fund Destination Crenshaw. Photo by Leroy Hamilton.

As part of Metro’s Crenshaw/LAX Transit Project (C/LAX), an 8.5-mile light rail is currently under construction and expected to open in 2020. Rather than receiving minor changes, the train will bring about, Destination Crenshaw will partner with Metro to create an experience and preserve the true essence of the area. 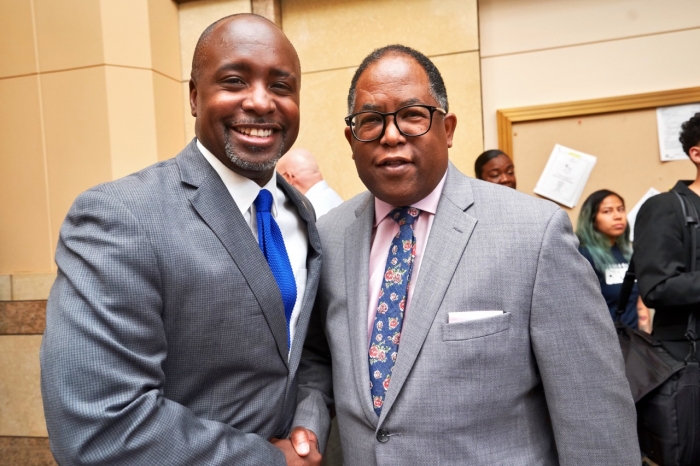 The C/LAX has been allocated $2.058 billion in funds to build the rail, aligning the goals of both Destination Crenshaw and Metro’s transit-supportive campaign to make trains safer and more accessible to residents of Los Angeles, also encouraging healthier options such as biking and walking. With the vote from the board, Destination Crenshaw has now opened the door to 240 years of history and Black excellence.

“Together we have the opportunity to create a regional and national model for large scale transportation, and for economic revitalization efforts,” Berlinda Fontenot Jamerson says of the partnership with Metro and Destination Crenshaw. 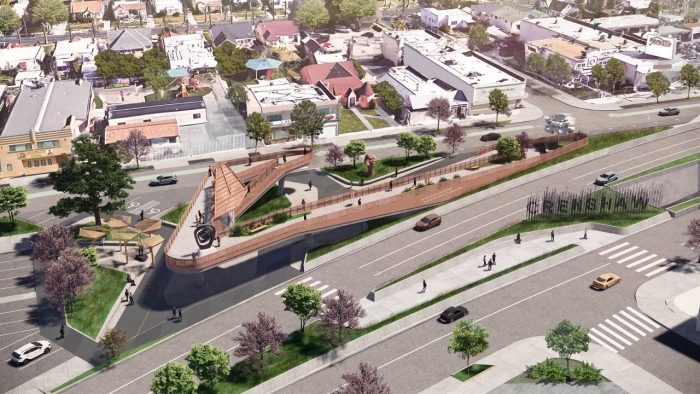 Aerial view of Sankofa Park  project which will be located just south of Leimert Park on 46th and Crenshaw. The platform will serve as an amphitheater for performances, festivals, and community gatherings and events.

Architectural firm Perkins+Will, best known for their work with the Smithsonian National Museum of African American History and Culture in Washington, D.C., will produce a design set to honor the past, present and future of Crenshaw Boulevard without compromising its true essence and unique history. Over 100 art installations will be displayed created by local artists and community members, as well as commissions from world-renowned artists.

Setting the standard for community pride, this project aims to raise awareness and restore Crenshaw Boulevard to an optimal economic state. As many stated, Destination Crenshaw, is a project not only for South Los Angeles but the entire region.