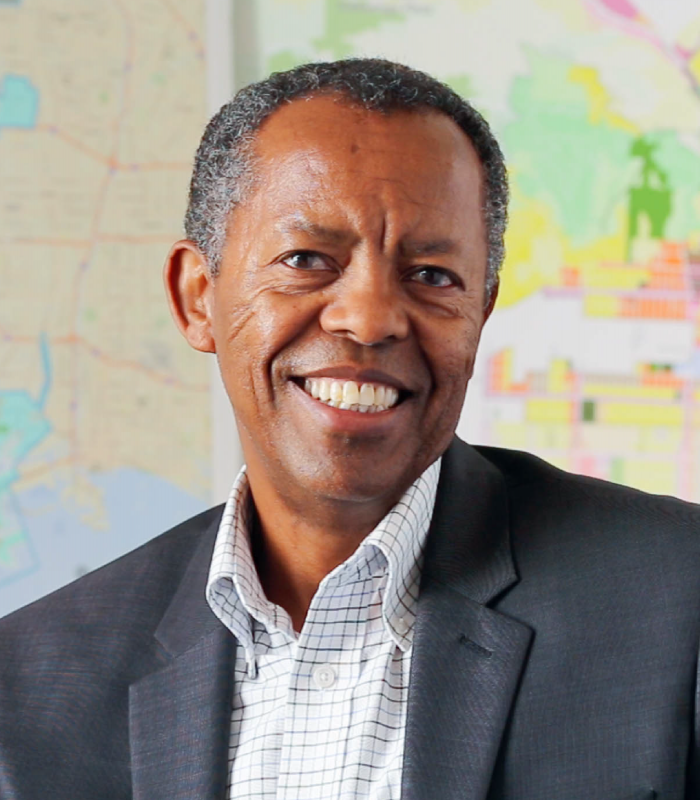 City Planning, the largest planning department in the United States, has named its first Chief Equity Officer Faisal Roble to lead in a newly-created position to spearhead racial justice efforts within the Department. This role will also help address implicit bias in City Planning policies and outreach. With more than 30 years of experience and most recently holding the title of Principal City Planner, Roble will help craft City Planning’s Racial Equity Action Plan that will better guide diverse outreach and engagement that informs 35 distinct communities during the City Planning process.

Appointed by the Director of Planning Vince Bertoni in response to Mayor Eric Garcetti’s Executive Order No. 27 on Racial Equity in City Government, Roble has a robust history of serving various community groups around Los Angeles. His experience includes managing visions for South, Southeast and West Adams-Baldwin Hills-Leimert communities. Part of his work helped address racial injustice, equity, as well as economic disinvestment. His leadership in over 20 projects has helped bolster affordable housing and sustainable communities. Most recently, he oversaw projects of significant importance to the South L.A. community, including the redevelopment of Jordan Downs from 700 units of public housing into a 1,073 unit, mixed-use, mix-income neighborhood with a full-service grocery store, commercial and community services and more than five acres of parks and open space.

“Faisal has gained prominence at City Planning for mentoring planners by instilling confidence and guiding them professionally. He has been an advocate for many planners of color as well as helping create opportunities for advancement,” said Bertoni. “As public servants who inform land use, we face a pivotal moment in time where we reflect on the social, political, and economic injustices that have challenged our Black, Indigenous and, communities of color for generations. Now we need to act. We look forward to Faisal’s influence in this process.”

City Planning recently expressed its commitment to chart a more just, fair, and equitable Los Angeles. As a department of over 400 staff, each civil servant plays a role in either perpetuating or calling out systemic racism. Many land use policies and zoning practices over time have reinforced racial segregation, poverty, environmental injustice, disinvestment, and poor health outcomes that we still experience today. City Planning recognizes it is uniquely positioned to intentionally partner with the community and stakeholders to make culture-shifting decisions.

“The current national movement has shed light on a systemic racism that permeates in every sphere of our civic lives including, but not limited, to climate events, housing, health disparities, inequitable zoning practices, and lack of economic development in communities of color,” said Roble. “It would be irresponsible to not recognize and atone for the discriminating land use practices our local government has contributed which produced inequities. I look forward to guiding the Department in more racially equitable practices.”

Regarding next steps, City Planning will submit its Racial Equity Action Plan to the mayor’s office as well as join the City of Los Angeles Racial Equity Task Force, both to promote citywide diversity and equity. Roble and his team will dedicate work effort to implement the priorities identified in the Action Plan.The work to dismantle systemic racism will require committed resources, and involve both internal and external efforts. Roble’s team will continue its work well into the future and augment the important work in partnership with the mayor’s office.

LA County owes $8M to man killed like George Floyd
L.A. Opens Applications to Grants for Artists Affected by COVID-19
California Voters to Decide Whether  or Not  Parolees  Should Be Allo...