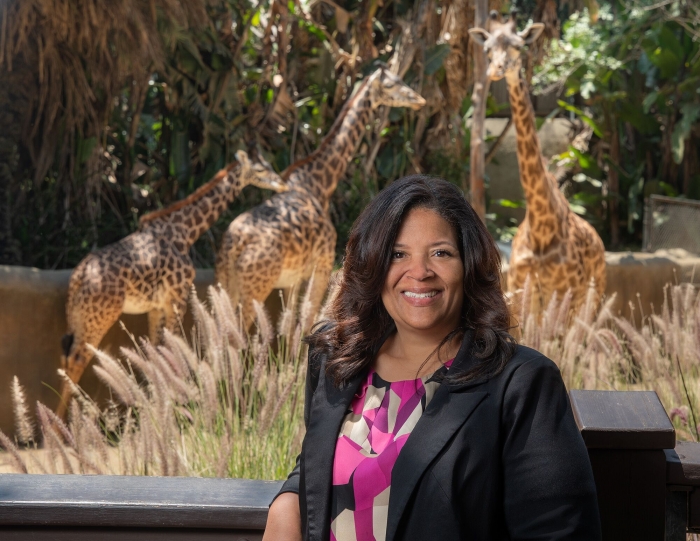 Los Angeles City Council confirmed today the Mayor’s nomination of Denise M. Verret to serve as the new Zoo Director of the Los Angeles Zoo. Verret previously served as the Zoo’s interim Zoo Director while a nationwide search was conducted by the Mayor’s office, and she will assume her new role immediately.

“It’s been a pleasure to work with Denise as the interim Zoo Director,” said L.A. Zoo Commission President Karen Winnick. “Her passion and concern for the well-being of the animals, her dedication to the Zoo’s mission, and her leadership and organizational skills that make Denise a great choice to be our new L.A. Zoo Director.”

As the Zoo Director, Verret will oversee the well-being of more than 1400 animals and nearly two million visitors each year. Verret will continue the Zoo’s mission of being a leader in conservation and saving animals from extinction and a champion of the highest standards in animal welfare. A top priority will be the implementation of the Zoo’s Vision Plan, a comprehensive redesign and redevelopment of the Zoo’s existing 133-acre site to replace outdated buildings and infrastructure and transform the Zoo into something that is uniquely Los Angeles.

Prior to serving as the interim Zoo Director, Verret held the position of the Zoo’s Deputy Director since 2000. During her 19-year tenure, Verret provided executive leadership over a variety of functions and major operations including Finance, Administration, Information Technology, Human Resources, Admissions and Guest Relations, Capital Projects, Planning and Development, Public Relations, and Education and Interpretive Programs. Among Verret’s many achievements include directing the development of the Zoo’s Strategic Plan, Vision Plan, and the Business and Marketing Plan. Verret began her City career in 1988 at the Office of the City Administrative Officer (CAO) until she promoted to the L.A. Zoo. Verret earned her Bachelor of Science in Administrative Studies at the University of California Riverside.

Verret serves as example to her zoological peers by becoming the first female African American Zoo Director of an Association of Zoos and Aquariums (AZA) accredited institution in its history. The AZA is a non-profit organization dedicated to the advancement of zoos and aquariums since 1924 that has been accrediting zoos and aquariums since 1974. Verret has been very active in the AZA having served on the Business Operations, Annual Conference Program, and Nominating committees. Verret currently serves as an AZA accreditation inspector, as well as a member of the Government Affairs and Diversity committees.

“As the first female African American Zoo Director of an AZA-accredited Zoo, I have the opportunity to be an example for all women of color to dream big and aim high for leadership roles in their profession. As I accept this position, I am reminded of the strong, driven female mentors who paved the way for me, and I’m honored to continue the tradition of helping to lift up women to advance their career which enriches and diversifies our city.”