On June 5, 2018 the Los Angeles City Planning and Land Use Management (PLUM) Committee approved a $700 million plan to renovate the historic Crenshaw Baldwin Hills Plaza in South Los Angeles. The proposed project will include approximately 961 new housing units, a 400-room hotel, and new restaurant and retail space. The proposed project is one of the largest private investment in South Los Angeles in several decades.

Approximately 200 residents of neighborhoods surrounding the project, numerous community based organizations, neighborhood councils, labor unions and local businesses attended the meeting to voice their support of the project.

“This community has been waiting on this development for 10 or 12 years and it will provide the kind of investment that South Los Angeles deserves.”

L.A. Councilmember Marqueece Harris-Dawson amended the Master Plan Development Agreement to allocate 10% of the rental units to low-income families and a 10% of the “for sale” units for workforce housing. Additionally, Councilman Harris-Dawson also included a revision that requires the developer commit to fulfill 30% of the jobs in the construction and operation of the plaza from the immediate local community. The councilmember committed to working with the developer and community-based organizations to exceed that commitment. 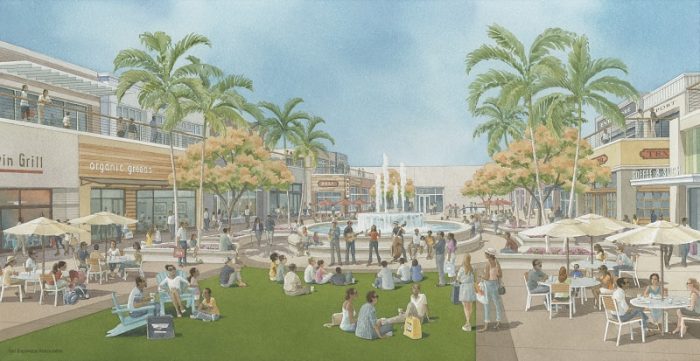 “I am in favor of this project because the local hiring requirements will create employment opportunities for the people who are normally never considered for work,” said Skipp Townsend.

It is estimated that the redevelopment project will generate thousands of new jobs in a community facing a 12% unemployment rate, while also helping to sustain several Black and minority-owned businesses in the plaza, including a Buffalo Wild Wings franchise; Mexicano; Post and Beam and Total Woman Gym.

“I am excited the committee approved the developer’s agreement because I am an African American small business owner that employs dozens of women directly from the community,” said Shauna Robinson, owner of Total Woman Gym. “Without the approval of this project I am concerned about the viability of the mall, and the loss of services and jobs for the community.”

The Master Plan Development Agreement will now move to full council for approval.