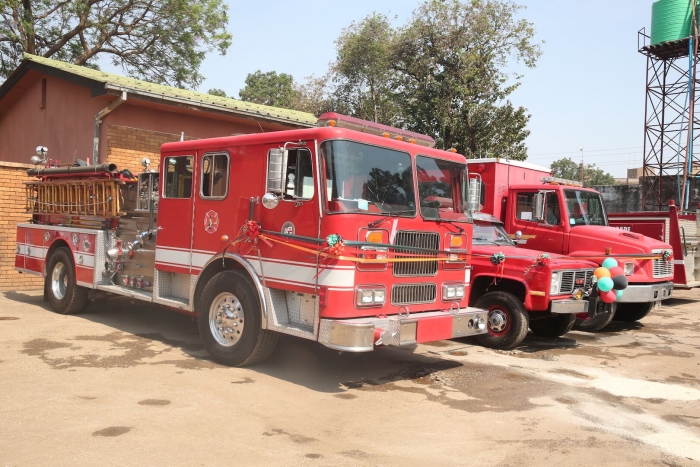 In January 2019, the Los Angeles-Lusaka Sister City Committee collaborated with the LAFD, L.A. County FD and the City and County Stentorians to donate four fire apparatus  – two engines, a brush patrol vehicle and a brush crew carrier – to the African city of Lusaka, Zambia.

Nine months later, Dr. Mwelwa Mulenga, a 10-year member of the L.A.-Lusaka Sister City Committee, led a delegation of firefighters to train Zambian Fire Safety and Rescue Services members on the use of the equipment, which further cements the long relationship between the two cities.

“Our world-class first responders made a great and unforgettable contribution to our bond with Lusaka. The training provided by the fire specialists prepares Zambia’s Fire Safety and Rescue Services team for the maximum operation and maintenance of the vehicles,” said Dr. Earnestine Thomas-Robertson, chair of the L.A.- Lusaka Sister City Committee. 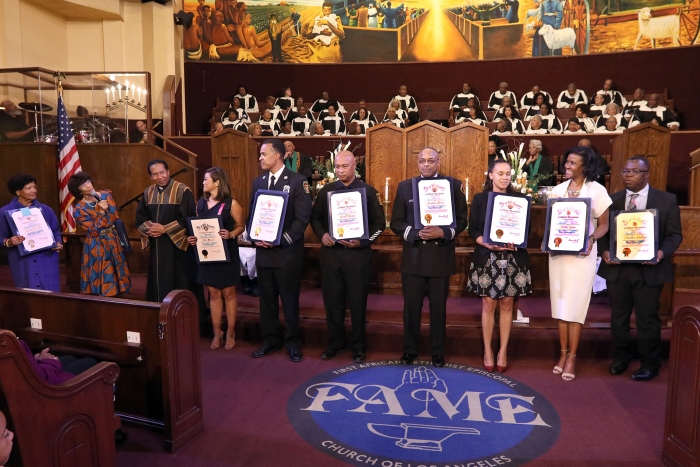 During a ceremony on Nov. 17 at First AME Church, Dr. Earnestine Thomas-Robertson, 2nd from right, and the Rev. J.L. Armstrong, 3rd from right, commend the L.A. delegation who shared their expertise with the Zambian Fire Safety and Rescue Services staff. (Clayton Everett/FAME)

During a presentation at First AME Church on Nov. 17, to recognize the efforts of Mulenga and the firefighters, Thomas-Robertson said that the donated vehicles will add to Zambia’s current fleet of 48 fire trucks for the entire country of 117 cities.

“We have now increased that number and we endeavor to do more in the future. Assisting in developing that infrastructure will benefit Zambia and businesses with the common goals of safety, wellness, economic development and peace,” Thomas-Robertson said. 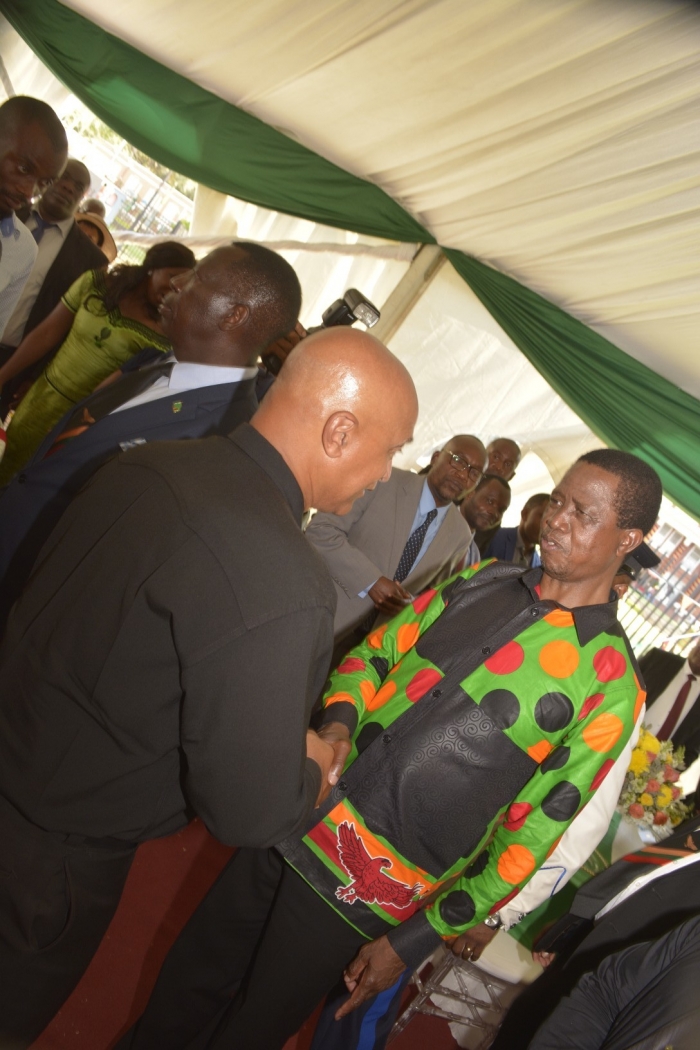 “I think the objectives of training on the equipment were achieved. Also, there was a massive accident involving big rigs, several people injured and seven fatalities and the L.A. firefights were part of the rescue operation,” said Mulenga.

Also, he and the group were invited to the State House to attend the 55th Independence Celebration with Dr. Edgar Lungu and Mrs. Esther Lungu, the president and first lady of the Republic of Zambia, an occasion that Mulenga described as “the highlight” of the visit.

Durant was happy for the opportunity to share his expertise on an international level.  Recalling the experience, he said, “We were ready to go there and contribute to the foundation and growth of their fire service. We’ve gained a lot of knowledge as firefighters and we appreciated the chance to share it with our brothers and sisters in Zambia.” Durant also extended “big thanks” to Thomas-Robertson, calling her “the driving force to get us to Zambia.  It was an amazing trip.”

Thomas-Robertson has been an enduring supporter of L.A.’s sister city connection to Lusaka and active in securing resources for the nation of Zambia. Since her appointment as committee chair by Mayor Tom Bradley, she has continuously held the position under five successive mayors. 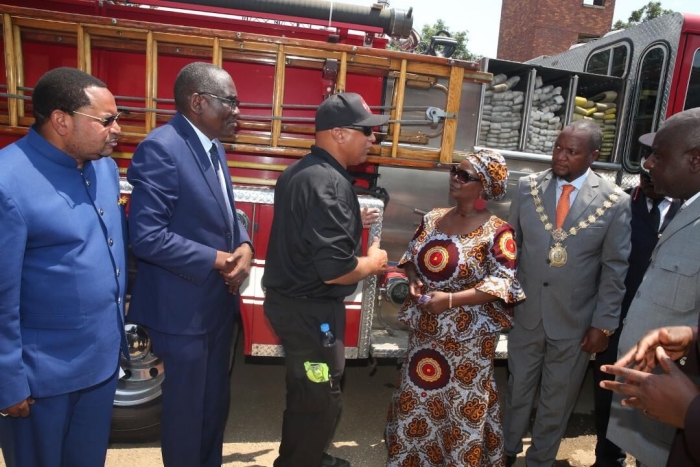 As for the future, Thomas-Robertson said, “I would like to see more collaborations and partnerships between Los Angeles and Lusaka that benefit Zambia in the context of infrastructure development and benefit Los Angeles in a larger context of embracing the interdependent nature of our world and leading by example.

“We know that Africa has contributed to the development of the modern world, but many countries on the continent are underdeveloped,” she noted. “Los Angeles can help change that script for the common good of development, economic and otherwise.”