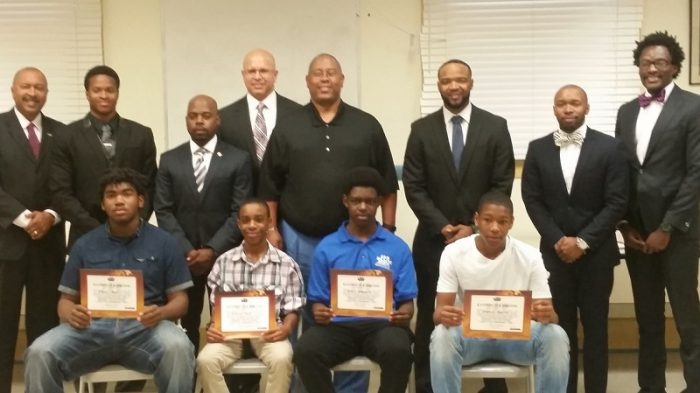 January is National Mentoring month and there’s a big push to get more among African American adults involved in mentoring young people.

Founded 10 years ago by Susan L. Taylor, former editor of Essence Magazine, the National CARES Mentoring Movement is dedicated to alleviating intergenerational poverty among African Americans. It offers Black children in low-income families and unstable communities the social, emotional and academic supports they need to unleash their potential and graduate from high school prepared to succeed in college or vocational-training programs and 21st-century careers.

Locally in Los Angeles, Los Angeles County firefighter Brent Burton, 52, who chairs the Mentoring Committee for 100 Black Men of Los Angeles, Inc., and the Los Angeles affiliate of the National CARES Mentoring Movement is working tirelessly to mobilize and create a pathway for caring Black men and women to mentor Black children and young adults.

“Mentoring is so important because there are many young people that are in need of a caring adult to help them navigate through the challenges of everyday life,” explained Burton who has mentored 15 young men and one young lady including having raised his own three children who are all adults now.

He says that a misnomer about being a mentor is that you have to be hugely successful or wealthy. Burton says that helps but is not a prerequisite. Burton believes that the most important attribute a mentor can have is their compassion and patience in working with young people.

“We need mentors in our community plain and simple,” said Burton. “We need people who can make time for our young people in need and be the type of role model they can look up to and learn from–that doesn’t require you to be rich.”

Van Brown, 36, a safety engineer who lives in Compton believes it’s an obligation to mentor a young person.

“It’s our obligation to share our life experiences with young people,” Brown explains. “Sharing our life experiences–both positive and negative–that we as adults have overcome is critically important to reducing their obstacles and roadblocks in life and shortening their pathway to success. In doing so, we are investing in our collective futures.”

Brown has participated in numerous mentoring programs hosted by Compton’s Urban Vision and in 2018 plans to continue his commitment to young people through Compton Empowered.

When DeNika Turner’s 10-year-old niece was shot three times while playing outside of her home in 2010, DeNika was eager to raise awareness around the Stop the Violence Movement because she had known too many young people affected by violence. Her niece, who survived the shooting and is walking again, inspired her to create Runway 4 Peace, a Compton based organization that works with young girls to create and showcase positivity through fashion inspired events. 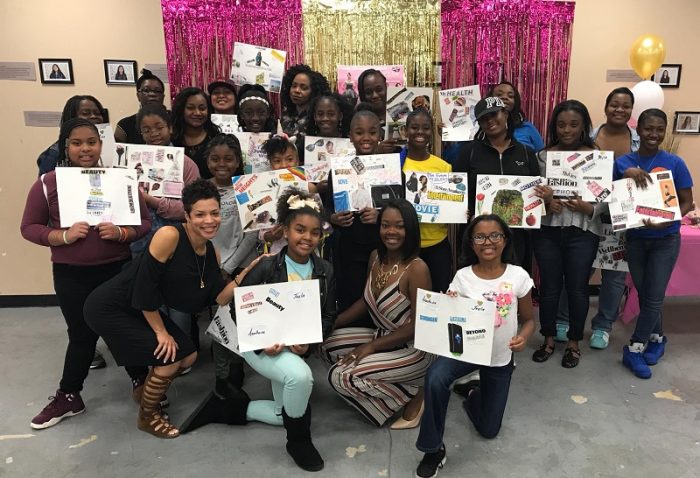 Today the 29-year-old mother of one works full time for the United States Postal Service but still makes time to mentor as many young women as possible in Compton.

“I believe it is important to mentor because it helps others build self-esteem, confidence and feel worthy of the goals they dream to accomplish,” Turner explained. “I created a Women’s Empowerment Runway Klass, also known as W.E.R.K! to create a dynamic influence on young girls by presenting the fundamentals of uplifting, self-love and great confidence through a fierce catwalk. This program was influenced by the many times I’ve personally struggled with my own appearance due to being verbally bullied in school and also being rejected in the modeling world. Once I accepted who I was and found my purpose, my goal was to encourage all girls to love themselves as they are and give them praise on the things they aren’t sure about. Through our organization, I’ve seen a huge transformation with many girls who have participated in our programs. I value each girl’s individual personality and work with them in the best way that puts a smile on their face.”

At Augustus Hawkins High School’s RISE program in South Los Angeles, resources for students are scarce. As one of the ‘high need’ schools a part of a lawsuit by the American Civil Liberties Union (ACLU) against L.A.U.S.D. for missing funds, the school has only received one-third of the $150 million judgement being spread across 50 school for the next two years.

“I had three female students in one class period alone each have a brother who was killed just within the Fall semester of 2017,” shared 37-year-old teacher Tej Grewall. “Many students are high need students–specialized individual learning disability learners, foster youth and formerly incarcerated youth who are struggling with trauma from the death of family members at gross rates. They are debating whether or not to join gangs for support. Some are Dreamers and have no immigration papers.”

She adds, “Mentoring is a social responsibility as each moment goes along in the day. If people can step aside and give focused time, this is Earth’s medicine, is humanity. To mentor, means you honor the youth–to hear and teach their heart. No youth can hear you as a teacher teaching, unless their heart is relaxed, then their eardrums open. Students need communal support and like any human being, individual attention from a listening, guiding heart. This is human nature.”

In South Los Angeles, Unity Fellowship Church Elder Gerald Green, 48, says, “The greatest mentoring I experienced growing up in South L.A. came from the guidance and nurturing love of my the church mothers back on the block. I’ve continued this tradition through the years in the field of education, as a youth and young adult minister and in recent years through the art of music. Mentoring is legacy building.”

Burton adds that when adults in the community don’t step up to mentor young people, they get mentored by the streets and end up going down a path of self-destruction that isn’t easy to pull out of.

“If we want to end generations of sons and daughters ending up in gangs, in prisons or dead, we have to step up to the plate and fulfill the role in these young people’s lives that the gangs are. Mentoring is one way to do that.”

The Los Angeles CARES Mentoring Movement (LACMM) is the local affiliate of the National CARES Mentoring Movement will be hosting a free mentoring information session on Sunday, January 21, 2018 from 2 p.m. to 4 p.m. at the Stentorian Center located at 1409 W. Vernon Avenue in Los Angeles. This is a free session to learn about the benefits of mentoring and how to become involved as a mentor with various youth mentoring organizations in the Los Angeles area. For more information, interested individuals can contact LACMM at [email protected] or (424) 261-4934. 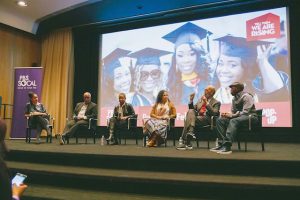