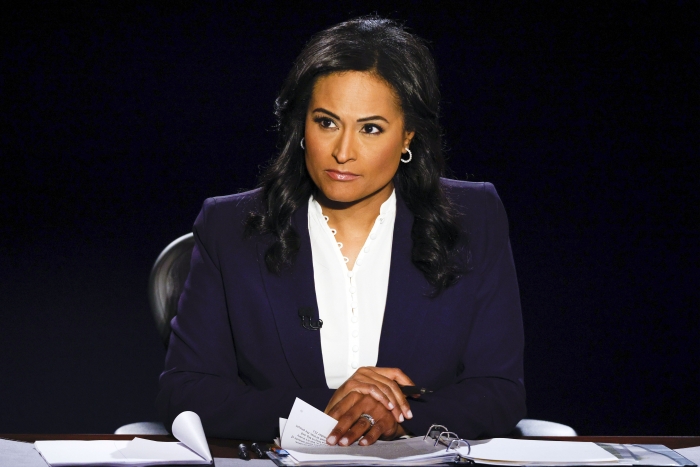 President Donald Trump went face to face with his enemies – real and perceived – during the final debate of the 2020 election season on Thursday, October 22.

Kristen Welker of NBC News moderated the debate, presenting Trump a challenge to follow a Black and confident journalist’s directions – the President has routinely disparaged women of color, including reporters and lawmakers.

Before the 90-minute debate began, the President emerged on Twitter to insult Welker.

“She’s always been terrible and unfair, just like most of the Fake News reporters, but I’ll still play the game,” Trump tweeted to his 87 million followers. 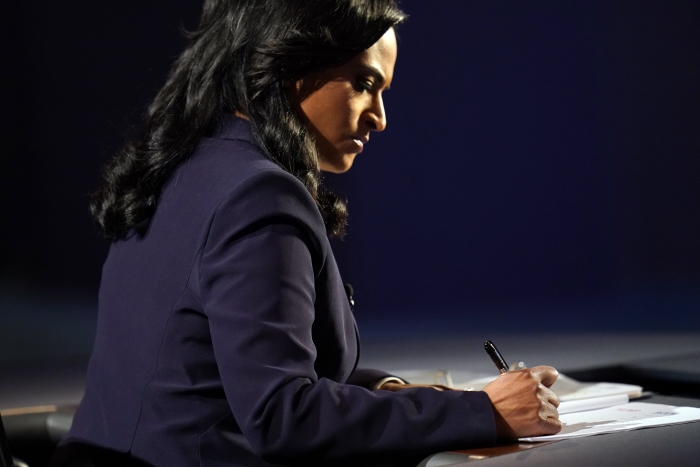 Trump also lashed out at the Commission on Presidential Debates for its decision to cut off the contestants’ microphones while the other delivers initial two-minute answers on each topic.

The move came after a raucous and unhinged performance in the first debate on September 29, when Trump repeatedly interrupted Biden, while the former vice president at least twice referred to the President as a “clown.”

“This [muting the candidate’s microphones] is very unfair,” Trump told reporters ahead of the contest.

Because both Biden and Trump, who was previously admitted to the hospital after contracting COVID, tested negative for the coronavirus, plans for plexiglass barriers were nixed by the commission after officials consulted with each campaign and leading Infectious Disease expert, Dr. Anthony Fauci.

Throughout the debate, Biden was on the offensive while Trump mostly refrained from denigrating the process with uncontrolled talk. 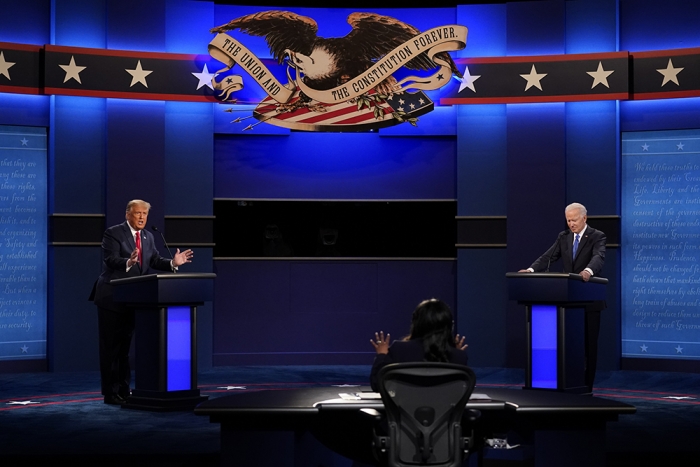 “I would make sure that we set up national standards as to how to open up schools and open up businesses so they can be safe and give them the wherewithal, the financial resources to be able to do that,” Biden said.

Trump claimed Fauci advised Americans not to wear a mask.

“This is not a problem, this is gonna go away soon,” Trump remarked, supposedly quoting Fauci.

With the Supreme Court scheduled to determine whether to strike down Obamacare, costing more than 22 million Americans health insurance, Trump still declined to reveal a replacement for the Affordable Care Act.

Biden noted that his health care proposal would, among other benefits, allow Medicare to negotiate drug prices with insurance companies and reduce premiums.

“[Trump’s] never come up with a plan,” Biden charged. “I guess we’re going to get the pre-existing conditions plan at the same time we’ll get the infrastructure plan.”

Trump later unleashed a host of unproven financial claims against Biden, who hit back about the President’s secret bank account with China, where he paid a reported more than $186,000 in personal income taxes as opposed to the $1,500 he’s paid the United States over the last 15 years. 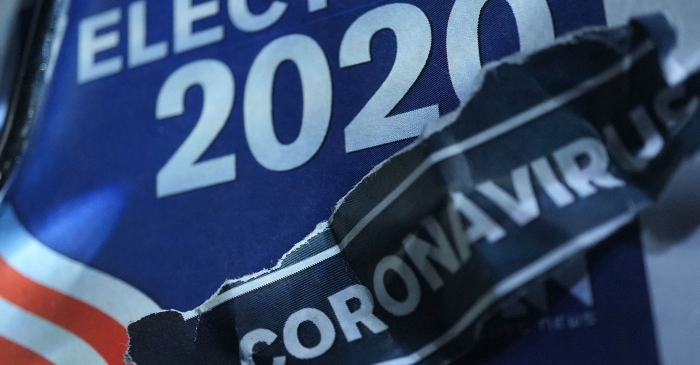 Trump lashed out at the Commission on Presidential Debates for its decision to cut off the contestants’ microphones while the other delivers initial two-minute answers on each topic. (Photo: iStockphoto / NNPA)

“You have not released a single solitary year of your tax returns. What are you hiding? Why are you unwilling. Release your tax returns or stop talking about corruption.”

Meanwhile, Welker kept things under control by limiting the contestants to the allotted response times and even interrupted them when they attempted to exceed that time or talk over their opponent.

Welker became only the second Black woman in 30 years to moderate a presidential debate – the last was Carole Simpson, who moderated the 1992 contest between George H.W. Bush, Bill Clinton, and Ross Perot.

“By the way, I very much respect the way you’re handling this,” Trump told Welker about one hour into the debate.

When the topic turned to foreign policy, Biden promised that any country that interferes in American elections would “pay a price.”

The debate concluded with both candidates sharply criticizing each other.

“You know his character, and you know my character. You know our reputations for honor and telling the truth. I am anxious to have this race. I am anxious to see this take place. The character of the country is on the ballot. Look at us closely.”