A Los Angeles City Council committee today approved a Koreatown parking lot as a potential site for a temporary homeless shelter during a raucous early morning meeting attended by hundreds of people who filled the council chamber to capacity.

The Koreatown site is among at least two dozen locations that have been proposed as possible sites for temporary shelters as part of a new citywide program crafted by Mayor Eric Garcetti. But it has received the lion’s share of the focus due to significant opposition that has arisen in the neighborhood since the mayor and Council President Herb Wesson announced the site as a potential location during a May 2 news conference.

Despite the opposition and the outbursts of anger from some community members during the meeting, the Homelessness and Poverty Committee unanimously approved the city-owned parking lot at 682 S. Vermont Ave. as suitable for development as a crisis and bridge housing facility. The full City Council is expected to consider the site at an upcoming meeting.

“This is an emergency, and this is nothing short of a matter of life and death. And it has taken us way too long to get to this moment,” Councilman Mike Bonin said. “We must act. If people are dying on the street, we do not say wait until we build a hospital before we treat them.”

The overall shelter program was approved by the council on Monday when it finalized the city’s proposed 2018-19 budget, which includes at least $20 million for the “A Bridge Home” initiative and a potential $10 million more that could be used in a variety of ways to support homeless programs.

Some of the opponents of the Koreatown shelter expressed concerns it would attract more homeless people to the neighborhood, while others said a shelter may be necessary in the neighborhood but not at the Vermont Avenue site due to its proximity to schools and key businesses. Others argued the city did not do enough public outreach before Garcetti and Wesson announced the site as the first proposed for the Bridge Home program.

Some supporters of the shelter said the neighborhood is already filled with encampments and could serve as a way to transition the people sleeping on the sidewalks into better conditions.

At least 9,000 people have signed a petition opposing the proposed Koreatown shelter, and at least three protests against it have been held in the neighborhood.

Councilman Marqueece Harris-Dawson, who chairs the Homelessness and Poverty Committee, had trouble keeping order at the meeting. He admonished the crowd on numerous occasions not to yell out or interrupt as he allowed 18 minutes for speakers on each side of the proposal.

The number of homeless in Los Angeles spiked in 2017 by 20 percent to over 34,000, according to the results of the Greater Los Angeles Homeless Count, although the Los Angeles Homeless Services Authority recently said the numbers in the county were inflated by 2,746, and it is not yet clear how many of those were within the city of Los Angeles.

The shelter program was created after city voters in 2016 approved Measure HHH, a bond initiative expected to raise $1.2 billion for permanent supportive housing over 10 years. But the units take years to approve and build, and the city has not yet opened any HHH-supported units. Garcetti and other supporters say the temporary shelters, which would come in the form of trailers, large tents, or safe parking facilities, will help get people off the streets and into a safer environment where homeless advocates will have a better chance of providing them services and transitioning them into supportive housing.

Wesson, who represents the part of Koreatown where the shelter would be located, provided the committee with a fact sheet that said the site wa selected based on data showing a high concentration of homeless people living in Koreatown. The sheet also said the site would be open for no more than three years, and would have a round-the-clock presence of police and support staff. 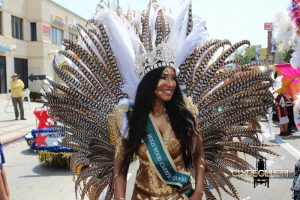