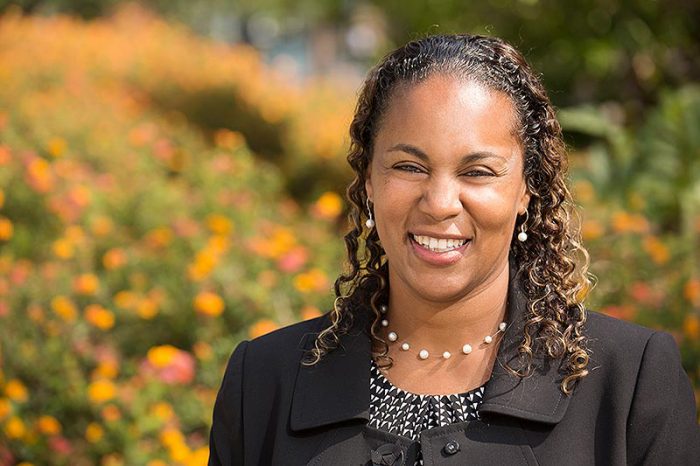 “There was, and still is, nothing better than being a teacher. It is so rewarding,” said newly appointed  dean of California State University of Fullerton Dr. Lisa Kirtman.

Kirtman, who will officially take over the position on August 16, began her career in education in South L.A. in the ‘90s.

“I fell in love with teaching. My students were genuinely happy to see me,” she recalled.

As CSUF dean, Kirtman said she wants to “close the opportunity gap.”

“The success of bringing this vision into fruition is predicated on all educators having an awareness of — and willingness to — change policies and practices that have historically institutionalized providing access to quality education to one group of students over others,” Kirtman said.

“I’m looking forward to the College of Education creating new opportunities and making a tangible difference in education that ensures all California students receive a high-quality education.”

But Kirtman had made that decision way before CSUF. She saw the gap after the 1992 riots in South L.A., where students in low income schools were being left behind.  Her desire to correct the situation led her to UCLA, where she earned a master’s degree in educational administration.

In 2000, she completed her doctorate in educational policy from UC Berkeley, and the same year, joined Cal State Fullerton.

After serving within the College of Education and CSUF for 16 years, Kirtman has come full circle. The 26-year educator will succeed Claire C. Cavallaro as dean of the university’s College of Education. Cavallaro, the college’s inaugural dean, was appointed to the post in 2006 and is entering the Faculty Early Retirement Program.

“I’m excited and honored — all at the same time,” said Kirtman, whose mother, grandparents, an aunt and uncle are educators.

The professor of elementary and bilingual education has served as the college’s associate dean since 2014. Previously, she was chair of the Department of Elementary and Bilingual Education and acting chair of the Department of Literacy and Reading Education. The Long Beach resident also served as coordinator for the Multiple Subject Credential and the Multiple Subject Intern programs, a member of the Academic Senate, as well as on several campus committees.