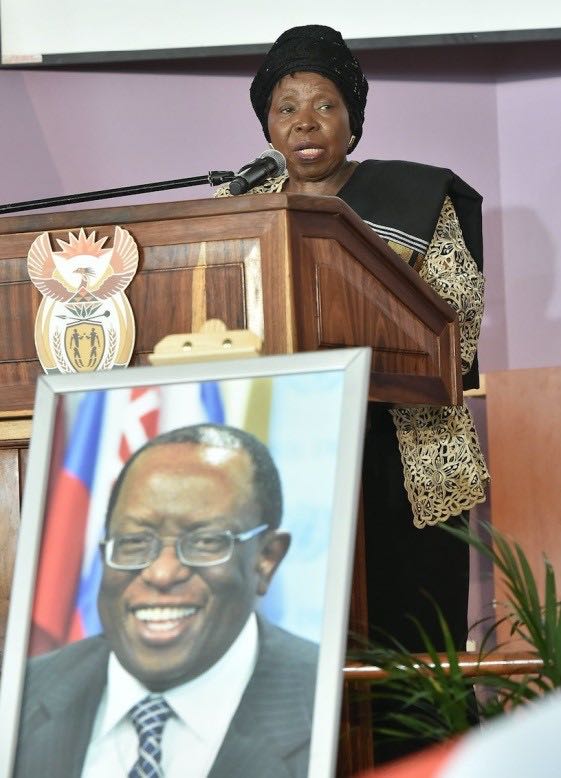 In an interview for the book “No Easy Victories: African Liberation and American Activists Over a Half Century,” Dumisani Kumalo recalled the struggle to cut off the U.S. funds that were sustaining the apartheid government of South Africa.

“I spoke to more than 1,000 campuses all over the country in all 50 states,” Mr. Kumalo recalled.  A particular triumph came in 1986, when the U.S. Congress, overriding a veto by President Ronald Reagan, passed the Comprehensive Anti-Apartheid Act.

The keys to such successes, Mr. Kumalo often said, was grassroots support of the civil resistance movement and the coming together of  disparate groups to agree on the wrongs of apartheid.

After White minority rule ended in the 1990s, Kumalo spent a decade as the country’s representative to the United Nations. He died on Jan. 20 at his home in the Johannesburg suburb Midrand. He was 71.

Kumalo began working in the U.S. in 1977 after police wrecked his home and threatened him. He was soon working for the American Committee on Africa and the Africa Fund, promoting divestment.

He often opposed the powerful, including the United States. He objected to American eagerness to go to war in Iraq in 2003. Later in that decade, when he was sitting on the United Nations Security Council, he drew considerable criticism for opposing sanctions that were intended to counter President Robert Mugabe’s human rights abuses in Zimbabwe.