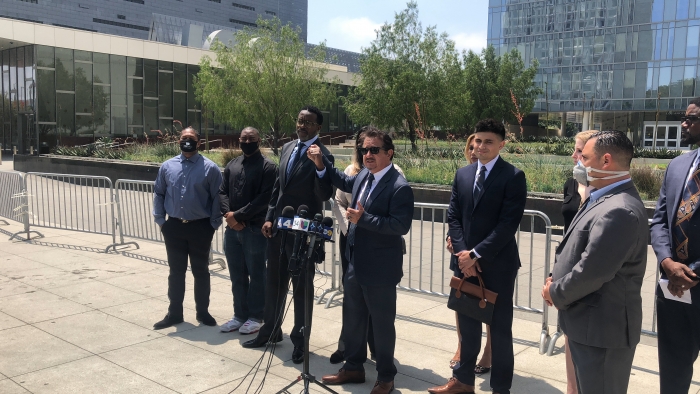 The Department is accused of falsely identifying thousands of Blacks and Latinx men and women as gang members.

The Justice X Law Group has filed a Class Action Complaint in federal court against the LAPD for falsely identifying thousands of Black and Latinx men and women as gang members in a systemic manner.

There are over 20 officers under investigation and 57 charges. According to the Justice X Law Group, this is just a small number of officers and there are many more to come.

The dehumanization and dismantling of lives occurred for many years and even decades, Dove indicates. He states that Blacks and Latinos are placed in categories that make them less than others. It is part of a systemic injustice that is transpired to the minority community, Dove infers.

“This lawsuit is huge. It is one of the biggest lawsuits that we believe we ever landed in the city of Los Angeles and it speaks to the heart of the corruption that has destroyed and devastated so many Black men and women. So many Latino men and women. It’s more widespread than people think,” says Civil Rights Attorney Austin R. Dove.

The individuals who have been misidentified and misclassified as gang members—the financial and economic disadvantage is incalculable. 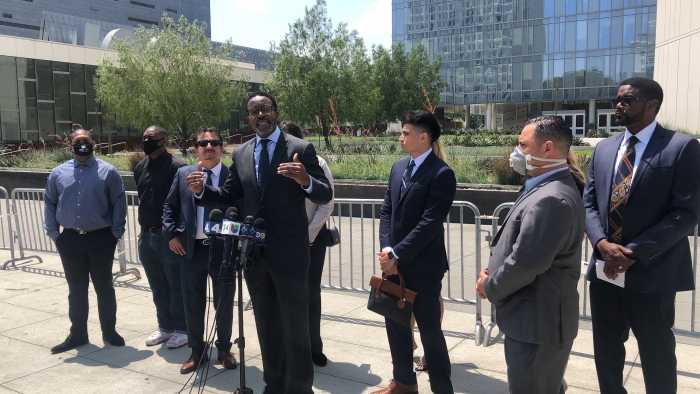 Civil Rights Attorney Austin R. Dove speaks on the injustices of the Black and Brown Community.

The Co-Founder of the Justice Law Group, Stephen King, says police have a presumption of guilt for Black and Brown people. He states, police take illegal steps based on fear.

“If you instill fear on someone, there can be no equality in justice with fear. We fear the criminal justice system; we fear the police and they know it. They are taking away our abilities to earn a living for families,” says King. “These cops will pay. They know what they are doing is wrong. They laugh about it; they high five it,” King implies.

King mentions this kind of action destroys the morale of the Black community and it has to stop. Even when a person is falsely accused and proven innocent, they still suffer the consequences of that mischaracterization, King tells reporters. “They are trying to take away what we’re trying to build.”

Branden Costas is a victim of police racial inequality. Costas graduated from Palisades Charter High School in 2006, when police falsely accused him of being a shooter. He faced life in prison.

“At the age of 18, I was thrown into a situation where police took me from my house. I was guilty until proven innocent. I was facing a life-sentence for something I didn’t see happen.” 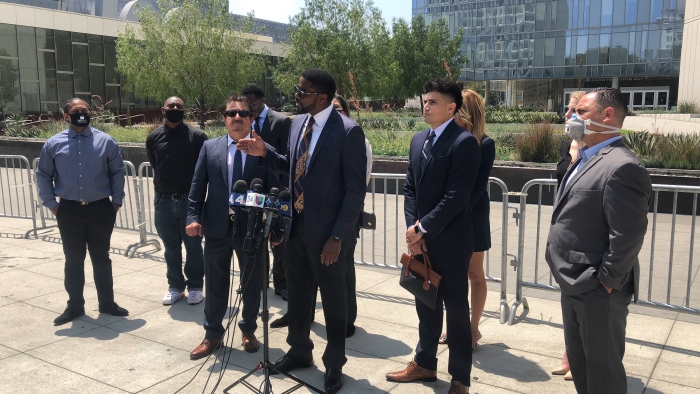 Contreras mentions that the LAPD is waging war against poor people. “We’re talking about the criminalization of people who are living in a certain neighborhood. What they are saying is just because you hang around certain people, you’re a gang associate.”

“Police are involved with gang activity themselves. That’s what we really need to look at,” says Attorney Humberto Guizar. He states it’s a gang mentality within the police department. “They think they are above everybody and they can mistrust everybody else because they have a badge,” says Guizar.

“Anybody out there that has been mistreated by the police come to us and we will gladly embrace you. Call us at 877-71-JusticeX,” states Guizar.