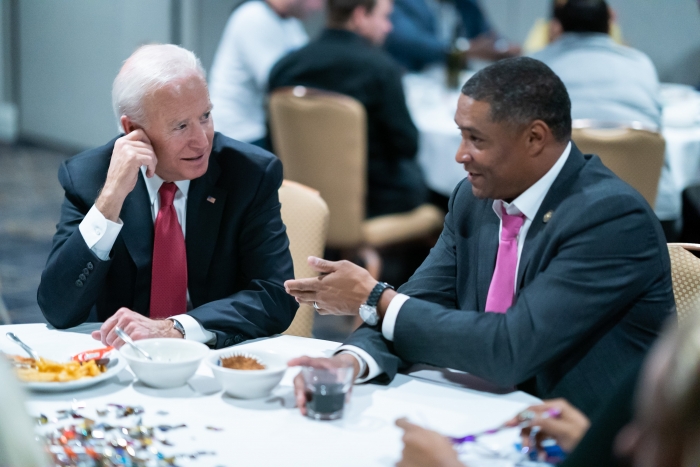 “This is just who [Biden] is as a candidate and person,” Congressman Cedric Richmond (D-La.), co-chair of the Biden campaign, told NNPA Newswire. “He got into politics because of civil rights, and he understands the value that African Americans bring to the country, to the campaign and the electorate.”

During a telephone call on Wednesday, August 5, with the National Newspaper Publishers Association (NNPA), Biden campaign officials said they will spend $280 million for television ads, print and digital advertising, as well as for social media in the run-up to the General Election on November 3, 2020.

The Biden Campaign will also spend on ad buys with African American-owned media, including the NNPA, TV One and others. Campaign officials said they will continue to add other media outlets targeting African Americans as the campaign moves forward.

“We are not taking any chances; the Black vote is very important,” a campaign spokesperson said. “We will engage at a much higher level with NNPA and other outlets than we did for the primary. We are trying to reach all Black American voters, and we must reach all of the outlets.”

The campaign has hired Truxton Creative, owned by Terrance Green, an African American media strategist and creative director who was a key contributor in President Barack Obama’s campaigns.

Green has also enlisted the services of Converging Media, a predominately Black-owned media buyer, to aid his company’s efforts.

“This is just who [Biden] is as a candidate and person,” Congressman Cedric Richmond (D-La.), co-chair of the Biden campaign, told NNPA Newswire. “He got into politics because of civil rights, and he understands the value that African Americans bring to the country, to the campaign and the electorate.” 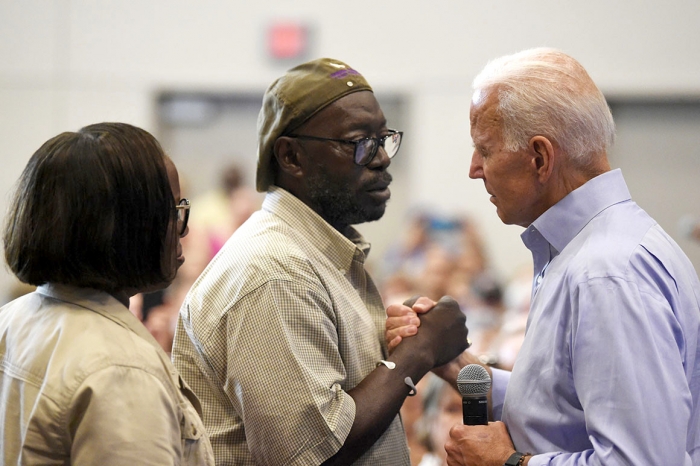 Dr. Benjamin F. Chavis, Jr., NNPA President and CEO, responded, “Black Lives Matter. Black Voters Matter. Today’s announced commitment by the Joe Biden for President Campaign is timely and welcomed news for the Black Press of America. Black-owned media is the most effective approach to mobilizing the largest Black voter turnout in history for the November national elections. The NNPA continues to be the trusted voice of Black America.”

Congressman Richmond continued: “Joe Biden understands the value that the Black Press has always brought, and that is the unvarnished truth directly to Black people in a way they understand it. That is very important, it’s crucial to the survival of those outlets, and we want to reach the people they reach, and we want to support them for who they are and what they mean to society. It’s not a secret that we got here with overwhelming African American support, so this is what we do.”

“I got started in the African American community. I got involved in the Civil Rights Movement when I was a kid. I helped de-segregate a movie theater, that kind of thing,” Biden told Chavis.

Biden opined that the Black vote would likely determine the next president.

“It’s going to be the determining factor in who the nominee is going to be, and I hope that means who the next president will be,” Biden pronounced.

He added that the Black Press serves a vital role in the political process.’

“The Black Press is the way I did my politics. You go where people are,” he stated. “You walk into a Black barbershop or beauty salon, and your newspaper was there. It’s who we are. The neighborhood we come from. It’s incredibly important; you’re incredibly important.”

Despite a lack of cash during primary season, Richmond said that Biden still spent money with the Black Press. “We did a buy with the NNPA in the primary when the truth is that everybody reported that we were broke, but we wanted to do it,” Richmond stated.

“We couldn’t do a Bloomberg number at that time, but we did [an ad buy] because it’s who we are,”

During the primary, former Democratic Presidential Candidate Michael Bloomberg spent $3.4 million on an ad buy with the NNPA on behalf of the Black Press of America.

“The way you spend your money shows your value. This is the same person who says he will have the most diverse administration in U.S. history,” Richmond said. “He’s picking a woman as vice president, and he’s committed to having an African American woman on the Supreme Court. That’s just who Joe Biden is, so as much as people try to paint another picture, you can’t because this is who he is.” 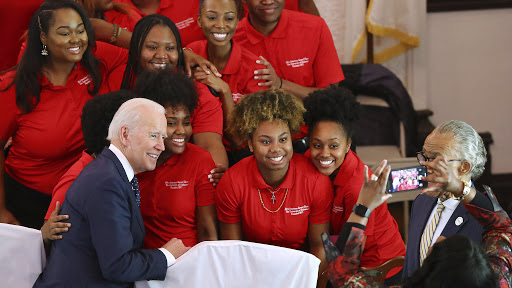