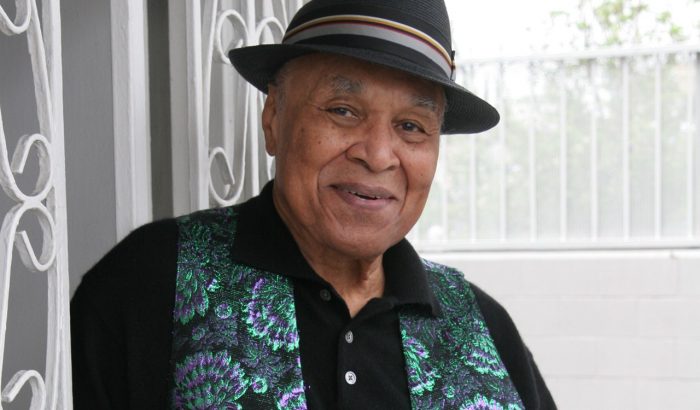 (Photo courtesy of the Adams family and Ray Charles Foundation)

On Tuesday, July 3, the longtime manager of legendary musician Ray Charles and former Chairman of the Board of The Ray Charles Foundation, Joe Adams died at the age of 94 in Los Angeles.

Charles and Adams designed and built the RPM International office and studios on Washington Boulevard in Los Angeles. As the CEO in charge of RPM International, Adams supervised the many activities of the parent company, including its business holdings and publishing companies, Tangerine and Racer Music.  His work with Charles extended to Ray Charles Enterprises, which covered the activities of the Ray Charles Orchestra and the Raelettes. Adams produced Ray Charles’ numerous appearances overseeing every details from stage lights to Charles’ wardrobe–which he personally designed for not only Charles but the Raelettes as well.

A Los Angeles native who was raised in Watts, Adams was the son of an African American mother and Jewish father.  Adams’ father was a local businessman who owned Gold’s Furniture store on Central Ave. during the late 1960s and 70s, and it was from him that Adams attained his keen sense for business and the astute value of money. 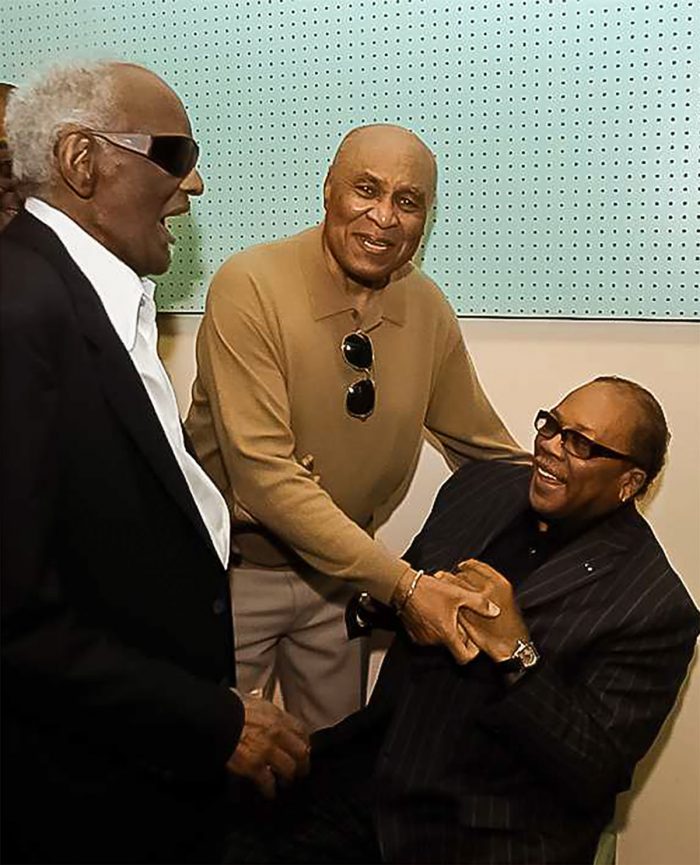 (Photo courtesy of the Adams family and Ray Charles Foundation.)

During the 1940s, as a teenager Adams was the first African American deejay at the Art Grogan owned Santa Monica based radio station KOWL-AM. Within two years, Adam’s daily radio show was the #1 rated deejay show in Los Angeles. During an era when deejays were required to solicit their own sponsors, Adams attracted an incredible 56 paid advertisers to pay for airtime on KOWL, marking the beginning of an auspicious radio career that eventually spanned twenty years.  In addition to radio, Adams enjoyed success on both television and in film as an actor appearing in more than 26 motion pictures. Among his most notable roles were as Frank Sinatra’s psychiatrist in “The Manchurian Candidate” and as Husky Miller in “Carmen Jones”–the latter of which earned Adams a Golden Globe for New Star of the Year in 1955  making him the first African American man to win the award.

An integral part of the renowned Tuskegee Airmen, Adams honed his skills and later became a qualified commercial pilot.  Among his his many talents and skills, Adams was a professional photographer and well versed in entertainment contract law

Adams was at the helm of the Ray Charles Corporation until his retirement in 2008. For ten years he served as the Chairman of the Board of the Ray Charles Foundation where he was responsible for shepherding the legacy of Ray Charles and implementing the philanthropic goals that both men had.  He and his wife Emma established The Emma and Joe Adams Foundation where they donated millions to support educational institutions. It was Adams who presented Watts’ Charles R. Drew University of Medicine and Science with a $1-million donation— at the time—the largest one-time individual gift in the school’s history. The money funded student scholarships and established the Adams Scholars which provides $10,000 to cover tuition for undergraduates based on their financial need.

Additionally, Adams was responsible for millions of dollars in ongoing contributions to Morehouse College and a $600,000 donation to Spelman College.

Funeral arrangements are pending and will be announced at a later date. 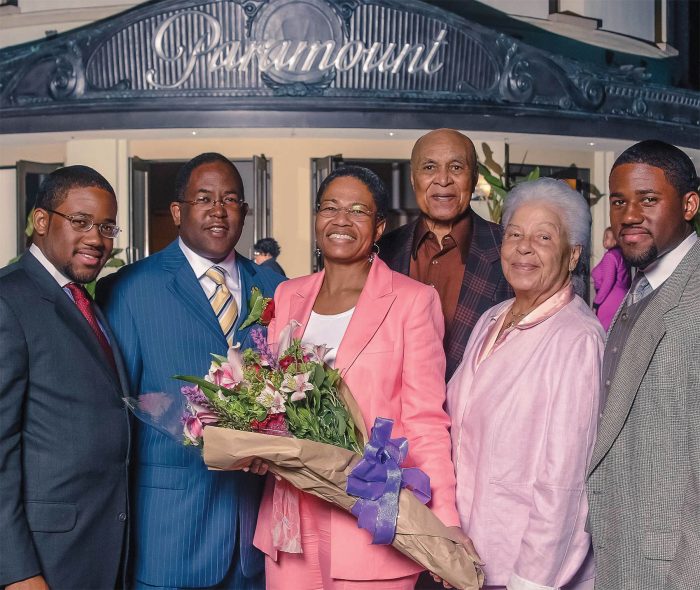 (Photo courtesy of the Adams family and Ray Charles Foundation.)