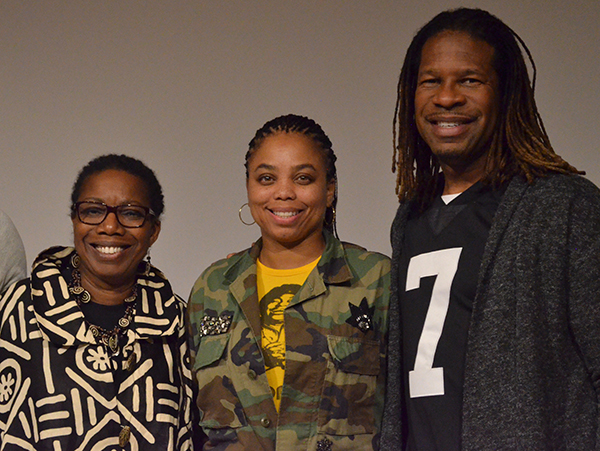 The USC Annenberg School of Communication and Journalism hosted a conversation event called “Waking Up with Jemel Hill and LZ Granderson,” where the two notable sports journalists talked about their careers and current news topics.

The conversation was moderated by USC professor Miki Turner, who asked their opinions on their recent work, their views on social media, and how they reinvent themselves as journalists.

Hill recently wrote a story on how Colin Kaepernick settling out of court with the NFL on his grievance case is a win for the former quarterback.

“This was an enormous victory not just for Colin Kaepernick, but for players as a whole,” Hill said. “The NFL has a long and dedicated history toward pummeling people in court. Tom Brady is arguably the face of the league, and he couldn’t beat the NFL in court.”

On the same day of the event, Granderson was featured on CNN in regards to the Jussie Smollett case. While Granderson noted his frustration towards the “Empire” star’s alleged involvement in his own assault, Hill was skeptical on completely trusting the Chicago police department.

“There were 20 detectives, three weeks of investigation for a hoax when I know queer people of color who have suffered violence and they can’t get one cop and one gear to look at what actually happened to them.” Granderson said. “I have covered tons and tons of shootings that happened … I’ve written columns on CNN about it and I know the man-hours that was put into investigating who actually did this.”

The discussion touched on serious issues as Hill talked about the Laquan McDonald case and Bob McNair’s controversial comments on NFL players. Granderson noted how the NCAA refuses to pay their players.

Through their anecdotes, they gave advice to the young journalists in the audience. Hill explained how social media is a helpful tool, but it is also something that should not be taken seriously.

“If you are in media—in our professions—I think it’s a great avenue to get your work seen,” Hill said. “I’ve been exposed to so many different writers and just different ways to access information because of social media.”

As both Granderson and Hill have several jobs, they talked about their process in discovering their work/life balance. Hill explained how there was no 50-50 in the balance and how sacrifices must be made when following your passions. Driven by the poverty he experienced in his youth, Granderson noted how his work obligations give him little time to enjoy his family and rest.

“I know a lot of very successful people who are driven by their backgrounds,” he said. “Now, I am asking myself “when will it be enough?””

Hill worked for ESPN for 12 years before she took her current job at the Atlantic, her Spotify podcast “Unbothered” is set to launch this month. Granderson is a co-host on the ESPN LA radio show “Mornings wit Keyshawn, LZ and Travis,” he also works for the L.A. Times.