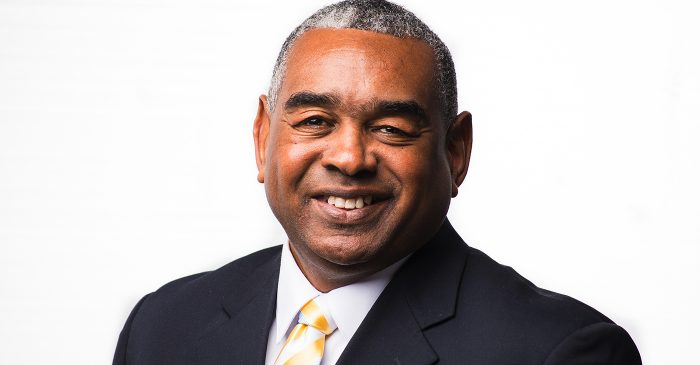 “We have a plan to fight crime and to make sure the cities are safe,” Pettway said after receiving a concession call from Hale.

Pettway won more than 52 percent of the vote, according to unofficial tallies on Tuesday.

In addition to his many supporters, Pettway credited for his historic victory to the help of the Purpose P.R. Firm in Alabama and its head, Andrew Wyatt, who helped spread Pettway’s message of freedom, justice, equality and inclusion and the importance of Jefferson County in the Civil Rights Era.

Pettway also said he was grateful to the National Newspaper Publishers Association, whose member papers didn’t shy away from carrying his message.

“Thank you,” Wyatt said to the Black Press on behalf of Pettway.

The history of Jefferson County, particularly Birmingham, is unmistakable as the flashpoint of the Civil Rights Movement where the city saw much bloodshed and strife as Dr. Martin Luther King Jr. and others fought for freedom, justice and equality.

The Birmingham historical society notes that the city today offers a “sobering and reflective experience for anyone interested in this important era of American history.”

Until last year, the sheriff’s department was under a federal consent decree because of its unfair hiring and promotion practices and Pettway, a longtime sergeant, said he’d seen a lot of discrimination and other problems during his 18-year tenure in the department.

The consent decree was issued as part of a 1970s-era consolidated lawsuit that alleged the County, City of Birmingham, Sheriff’s Department, and the Personnel Board of Jefferson County discriminated against Blacks and women in their hiring and promotions.

Birmingham and the Jefferson County Personnel Board, which provides employment services for the county and cities, were ultimately released from their decrees.

“Still,” Pettway said, “not much has changed,” which counted as the primary reason he ran for sheriff.

“It didn’t get any better. We’re still not where we should be and after watching other activists in action, I decided it was time for me to rise up and do something,” Pettway said.

“That Birmingham, Alabama still resembles in some ways its racist history should be alarming to residents and voters,” Pettway said.

Hale who transferred to the Sheriff’s Department in 1976, is expected to help make Pettway’s transition smooth. “I asked him to help with the transition,” Pettway said after receiving the congratulatory phone call from his opponent.

“This is a very important and historical election and it’s an opportunity for change. It’s a chance for us to have a seat at the table where we can make those changes and where the hiring practices can be better for people of color and for women and where a [minority] can say, ‘hey, I can be Sheriff one day, too,’” Pettway said.

A lifelong Jefferson County resident, Pettway grew up in a working-class neighborhood not far from Birmingham’s Legion Field Stadium.

The son of the late Retired Army Sgt. First Class Officer Ed Pettway, and Jefferson County School Teacher Camilla Satisfield, Pettway said he began to realize his potential as his parents provided him with something far greater than material wealth.

Specifically, they instilled in him strong moral principles, a robust work ethic and a burning desire to excel. Given his ability to implement this rare yet useful combination of gifts, many said it’s no surprise he learned the value of hard work and determination at an early age.

Pettway began his professional career in 1991 at the Birmingham Police Department, where he served as a Correctional Specialist. In 1993, he joined the Fairfield Police Department as a police officer, where he helped to strengthen the law enforcement system by responding to calls, making arrests, issuing citations, and testifying in court cases.

In 1999, he joined the Jefferson County Sheriff’s Office as a deputy. In 2008, he was promoted to detective and has earned a number of commendations from Hale.

“We have to bridge the gap right now between law enforcement and the community. Right now, there’s no trust and we need body cameras and dashboard cameras and, under my watch, we will be transparent,” Pettway said.

Pettway said the revolving doors of prison must stop.

“We don’t want to send people home the same way they came in. We want to educate them and no more of people profiting from others going to jail.” Pettway said.

“We have to stop the privatization of prions and start teaching inmates skills that are necessary to become employed when they get out.”