108,000 dead Americans. One hundred and eight thousand. It looks like a COVID-19 tally.  But it isn’t. That’s how many men, women and children died from drugs last year in the United States, per the latest report from the Centers for Disease Control. This marks a 15% jump from 2020’s already-too-high body count, and represents the first time deaths have eclipsed six figures in a calendar year.

For perspective, drugs killed more than double the Americans guns did, even when homicides and suicides are combined. It’s nearly three times the toll claimed by auto accidents.

It’s also roughly one-fourth the US death count from COVID-19 last year. And in fact, the ultra-lethal synthetic opioid fentanyl is now the leading cause of death for Americans age 18-45.

And we’re doing… what about it, exactly? While the federal government has understandably spent billions upon billions – even trillions – combatting the COVID-19 pandemic, what is the Biden Administration doing about a crisis killing double the number of Americans as the entire Vietnam War… every year?

While the Biden Administration deserves high marks overall for its pandemic response (especially compared to his predecessor), there was an awful lot of money thrown at that problem – and much of it less than judiciously. It is estimated that around $100 billion of COVID-19 relief money has been lost to scammers. Many have called it the largest fraud in American history.

This isn’t to prove that large-scale, widespread relief wasn’t necessary. It’s to show that if we have $100 billion to throw away on malfeasance, we have the money to protect our citizens from other health crises. This isn’t a matter of means, but rather motivation.

So again: One hundred and eight thousand. In one year. Dead. With COVID-19 fatalities waning, perhaps we can find the time and effort to give the issue of drug deaths the attention it so desperately deserves?

Recently, the Biden Administration introduced another worthwhile, if controversial, governing board. Despite its odd name prompting dystopian Brave New World comparisons from conservatives, in early May Homeland Security Secretary Alejandro Mayorkas announced the creation of a Disinformation Governance Boar. The group’s goal is to dispel intentionally false narratives regarding everything from harmful vaccines to stolen elections.

Sounds great. But can addiction recovery have a board, too? Who’s fighting for the addicts struggling to get clean amid arguably the greatest drug epidemic in our nation’s history? Security from disease and disinformation is terrific, but who’s protecting the loved ones of addiction sufferers from receiving a late-night phone call from the morgue?

How about a Drug Deaths Prevention Governance Board, Mr. President? Are 100,000-plus of the citizens you’re charged with protecting worth at least that?

A lot could be solved with a little funding and, especially, a little focus. For starters, a federal oversight body could help ensure that every ambulance, police car and firetruck in the country is equipped with opioid overdose-reversing naloxone, commonly called NARCAN.

This is crucial, because last year about 71,000 of the 108,000 US drug deaths involved synthetic opioids. Most worrisome is the spike in fentanyl-related deaths; some 50 times more potent than heroin, the cheap, easy-to-make synthetic opioid is poisoning not just heroin but also cocaine, methamphetamine and even illicitly sold “lighter drugs” like Xanax and Adderall.

In addition to saving lives lost to overdose, a Drug Deaths Prevention Governance Board could help those ready to get clean do so more effectively and, most of all, more expeditiously. Perhaps the country should have a Department of Recovery.

As the drug crisis has grown, so have wait times and costs to get into treatment. We have Americans who are ready to get clean, and facilities with no room to spare. Time is of the essence in fledgling recovery. How many are dying on their couches for lack of beds at a rehab? This is, simply, unacceptable in the richest country on Earth.

We can do big, bold things in this country. How’s this for a big, bold idea: No American who wants to get into rehab waits longer than 24 hours. Only a concerted federal effort could provide the infrastructure, staffing incentives and oversight needed to bring such a desperate need to fruition.

There are other opportunities are well. Everything from harm reduction efforts like fentanyl testing strips to crime reduction efforts like stiffer sentences for dealers who knowingly taint their drugs with fentanyl. This isn’t rocket science: People are overdosing because the drugs they think they’re getting are laced with lethal additives. If we clean up the supply, we reduce the drug deaths.

As a bonus, helping those battling substance abuse disorder would likely enjoy strong bipartisan support. Not bad for an administration that could certainly use a popularity point or two (or 10).

Leonard Lee Buschel, author of HIGH: Confessions of a Cannabis Addict, is a California Certified Substance Abuse Counselor who recently celebrated 27 years clean and sober. He is the founder of Writers in Treatment as well as the director of the REEL Recovery Film Festival and Symposium, and is the editor and publisher of the weekly Addiction/Recovery eBulletin. Visit www.LeonardBuschel.com for more information. 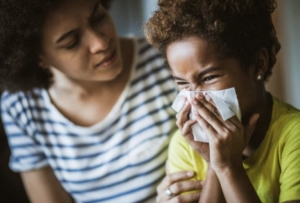 Allergies: What Are They and How Do They Affect My Child? 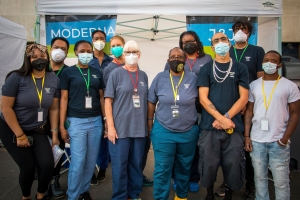 Shared Harvest Fund will celebrate Juneteenth by hosting a free festival of...
How Intergenerational Programs Benefit Everyone