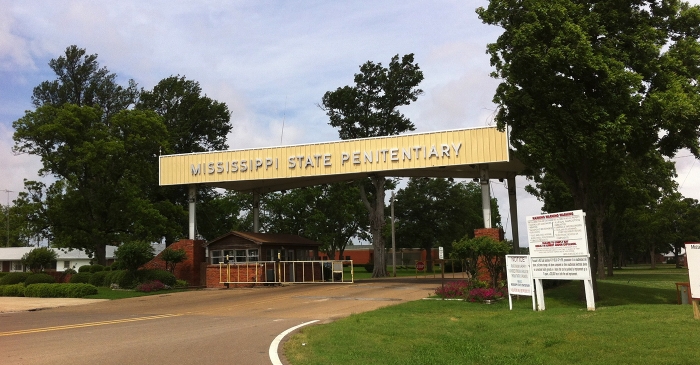 The conditions at Mississippi’s Parchman prison makes it one of the worst detention facilities in the world, according to reform advocates and human rights organizations.

Death and violence are rampant, many inmates are without beds, and electricity, plumbing, and fundamental human rights are absent. At the same time, mold, roaches, mosquitos, and rodents far outnumber the more than 5,000 inmates.

On Tuesday, January 14, hip-hop superstar Jay-Z sued the head of the Mississippi Department of Corrections and the warden on behalf of 29 prisoners who have complained that officials have done nothing to stop the violence at Parchman.

In the suite filed in U.S. District Court in Greenville, Mississippi, Jay-Z addressed the recent deaths at the prison.

“These deaths are a direct result of Mississippi’s utter disregard for the people it has incarcerated and their constitutional rights,” the mogul said in the court filing.

Earlier this month, hip-hop stars T.I., and Yo Gotti called on the governor to close the prison or to address the issues adequately.

“This is unacceptable,” T.I. wrote on his Instagram page.

“The conditions in the prisons operated by the Mississippi Department of Corrections are absolutely inhumane and unconstitutional,” Yo Gotti wrote in a letter to the governor Phil Bryant, a Republican.

“To see this happen so close to my hometown of Memphis is truly devastating. That’s why we’re calling on Mississippi state leaders to take immediate action and rectify this issue. If they don’t right this wrong, we’re prepared to take legal action to provide relief for those that are incarcerated and their families,” Gotti stated.

In an alarming 2019 report on Parchman and other Mississippi prisons, The Marshall Project found that gang activity isn’t limited to some of the people incarcerated. They discovered that some prison employees, including some high ranking officers and managers, are affiliated with one of two gangs, the Vice Lords or Gangster Disciples. The reasons vary.

“Some staffers said gang loyalty gives some officers a measure of protection; since gangs have a lot of control, they can prevent certain attacks,” The Marshall Project reported. “Others say gang affiliation began before employment; according to lawsuits, testimony, and interviews, gangs directly recruit women to apply for correctional officer jobs.”

In a tweet, Pro Publica officials stated, “Understaffed and underfunded, Mississippi’s #ParchmanPrison recently received media attention for its grisly violence, gang control, and subhuman living conditions. Lawmakers have known about these issues for years — and have done nothing to fix it.”

Earlier this month, five inmates were killed after allegedly trying to escape.

Video captured by cellphones, which are routinely smuggled into the prison, surfaced online this month appearing to show inside Parchman and the conditions in which inmates live.

One shows individuals in orange and white prison uniforms walking through piles of trash and dirty water. Mold is apparent, and there’s no electricity, heat, plumbing, and many inmates sleep on concrete because there aren’t enough beds.

“We sleeping on straight concrete. There are no mats,” one person on the video states. The individuals than demonstrate that there’s no running water by trying to flush toilets and opening faucets and showers. In another video, two inmates also complain about the lack of running water. “Please get us some help,” they plead.

In still another video, an inmate appears to breakdown emotionally as he sits in an area where prisoners have disposed of their feces.

In the heart of the Mississippi Delta, the prison, once a plantation that was home to hundreds of slaves, has a long history that’s intertwined with Mississippi’s racist past.

In 1901, the state government of Mississippi established Parchman Penitentiary, taking advantage of an opportunity to continue to profit off of cheap Black labor, much like Whites had done for generations before, while also continuing to exercise violent control over the descendants of former slaves.

Historians at the University of North Carolina said Parchman was modeled after a traditional southern plantation, for-profit prison in Sunflower County was segregated until 1971. “While a small farm held White convicts, Black inmates labored on Parchman’s massive, twenty-thousand-acre plantation, where they picked cotton, chopped wood, and plowed fields under the control of armed guards,” the historians stated.

Today, of the more than 5,000 inmates at Parchman, more than 60 percent are African American. The prison has an 11-to-1 inmate to guard ratio, and no one is safe.

“I will be requesting that the U.S. Attorney General launch an investigation into the ongoing failures in safety, security, health, and environmental standards within the Mississippi Department of Corrections,” stated U.S. Rep. Bennie Thompson (D-Miss.). “This is unacceptable,” Thompson wrote on Twitter.