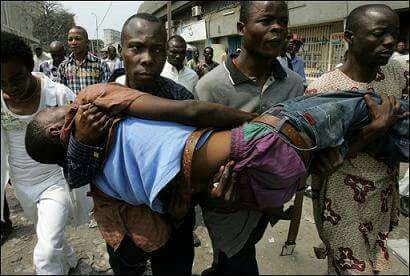 (GIN) – Pro-democracy activism in the Congo is feeling the lash from the unpopular government of Joseph Kabila who is under pressure to hand over power as the Constitution requires.
According to Georges Kapiamba of the local Congolese Association for Justice, 10 priests have been arrested, including Father Dieudonne Mukinayi, alongside his parishoners. Two nuns are missing, 257 demonstrators have been arrested and are being held in various cells in Kinshasa, he told Radio Okapi.
Since the beginning of the year, heavily-armed security agents have surrounded, raided or disrupted service at 134 parishes. In Bukavu, police armed with grenade-launchers took up position at the Cathedral.
In Lumbumbashi, soldiers harassed church-goers at the Basilica and shot live ammunition. In Beni, an amateur video showed 20 police officers beating a half dozen unarmed activists from the youth movement Lucha.
Jean-Moberg Senga with Amnesty International sent out a tweet: “Mobile Internet, SMS, phone calls still blocked. Difficult to search for people killed, injured, arrested. UN monitors, Red Cross helpers, journalists, priests, nuns: no one was spared from police/army brutality during Sunday’s anti-Kabila protests.”
The Catholic Church makes up half the 67.5 million inhabitants of Congo and has pressed Kabila to step down since his second and final term expired more than a year ago.
By sad coincidence, the latest round of street marches amid tear gas and rubber bullets comes on the anniversary of the murder of Patrice Lumumba, an independence leader who served as the first Prime Minister of the Democratic Republic of the Congo from June until his assassination on Jan. 17, 1960.
“This heinous crime was a culmination of two inter-related assassination plots by American and Belgian governments, which used Congolese accomplices and a Belgian execution squad to carry out the deed,” recalled Georges Nzongola-Ntalaja in the UK Guardian newspaper.
Meanwhile, Corneille Nangaa, head of the Congo’s Independent National Electoral Commission has retained two U.S. lobbying firms, Reset Public Affairs, LLC, and the Madison Group, LLC, to represent him in Washington, DC. Total for the two is $100,000, according to foreign policy analyst Mvemba Phezo Dizolele  at the Johns Hopkins School of Advanced International Studies.
Categories: International
Tags: #lasentinel | Africa African Briefs | African | Congo’s Independent National Electoral Commission | Congolese | Congolese Association | Georges Kapiamba | Global Information Network | Joseph Kabila | Lumuba | President Joseph Kabila | protest 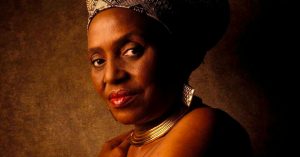 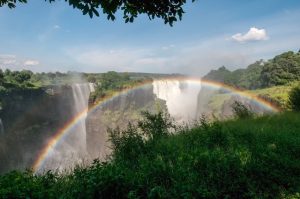 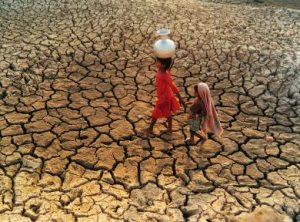 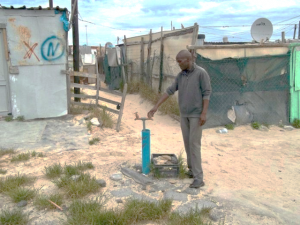 Cape Town In Survival Mode As Water Supplies Are Near Zero 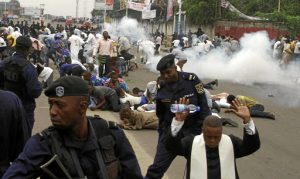 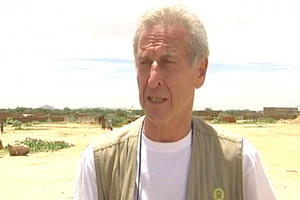