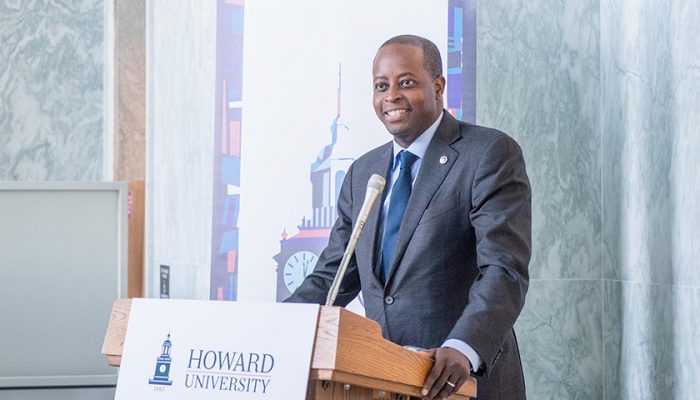 It has been over 100 years since sickle cell disease (SCD), a hereditary blood disorder, was first discovered in the United States.

Despite the many years of research and study, SCD still affects millions of people throughout the world, according to the Centers for Disease Control and Prevention (CDC), and is particularly common among those with African ancestry, including individuals living within the United States, South America, Saudi Arabia, Italy, India and the Caribbean.

Every year, 1 in 365 Black babies are born with SCD and 1 in 13 are born with sickle cell trait (SCT). In comparison, SCD occurs in roughly 1 out of every 16,300 Hispanic-American births.

Trinidadian-born, U.S. physician and Howard University President, Dr. Wayne A.I. Frederick, who lives with SCD, recalled his own painful experiences with the disease and the inability of many loved ones and the community to properly embrace him.

“When I was three years old, I was diagnosed with sickle cell disease and would often find myself being hospitalized three to six times a year, because of the disorder,” Dr. Frederick recounted. “In Trinidad, the life expectancy for someone with the disease is just eight years old. Growing up, I can’t really recall ever meeting anyone with the same disease and so, oftentimes I would find myself feeling alone and left out…sometimes, I find that people don’t fully understand the scheme of struggles that I go through myself.”

For people living with SCD, those struggles come with a myriad of symptoms, including swelling in the hands and feet; chronic pain; spikes of severe pain; anemia; yellowing of the eyes; frequent infections and vision problems.

Even though the crippling disease has proven to be fatal for many, Dr. Frederick said that he refuses to give in to the statistics of the disorder and chooses life over mortality.

“Sickle cell is a painful disease,” Dr. Frederick said. “But people need to know that it is not a [death] sentence. Having the disease does not mean a person cannot live. I want people to know that there are no limits…that they can still play sports, go to school, have careers and live productive lives.”

Despite his own personal struggles with SCD, Dr. Frederick said that things started to look up for him when he moved to the United States to go to college, earning his Bachelor of Science and his medical degree by the age of 22.

“Attending Howard University, as a student, gave me a huge boost,” Dr. Frederick said. “At [Howard] I was able to meet people my age with the same disease, who understood a lot of my struggles.”

Not surprised by Dr. Frederick’s positive experiences on Howard’s campus, Dr. James G. Taylor VI, the director of the Center for Sickle Cell Disease at Howard University Hospital, credited the institutions longstanding commitment to improving the lives of people living with SCD.

“The Center for Sickle Cell Disease is committed to further expanding Howard University’s clinical and translational research programs with a focus on new treatments and opportunities for curative therapy,” Dr. Taylor said. “We have a long-standing commitment to research advocacy and community outreach, particularly screening for the sickle cell trait.”

Results are available within 4–6 weeks and testing, specifically “hemoglobin electrophoresis,” can also be ordered by a health care provider.