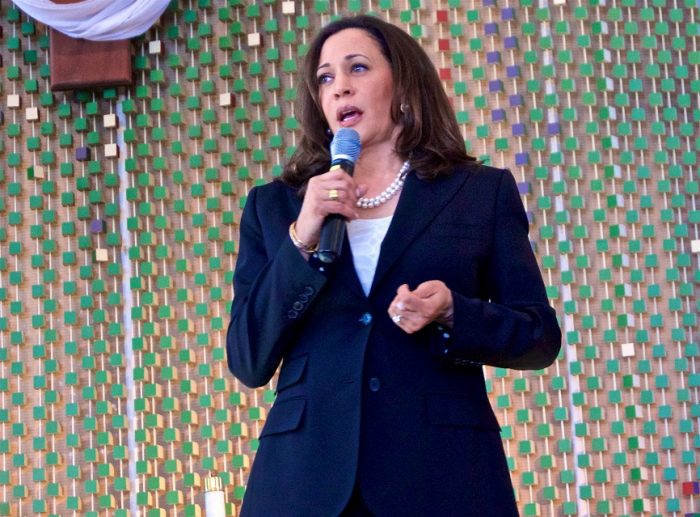 Senator Kamala Harris made South Los Angeles her last stop before heading back to Washington, DC, as the nation faces an unpredictable President, a possible government financial shut down, nepotism, a wall street Trump administration, a Trump/Russia collusion investigation, an Immigration breakdown, possible missile attacks, and a majority Republican Congress.

While other members of Congress have been bombarded with protesters at town hall meetings, Senator Harris was received with appreciation and an unexpected compliment from the national organization, Indivisible, a group known for causing resistance at Congressional town halls. 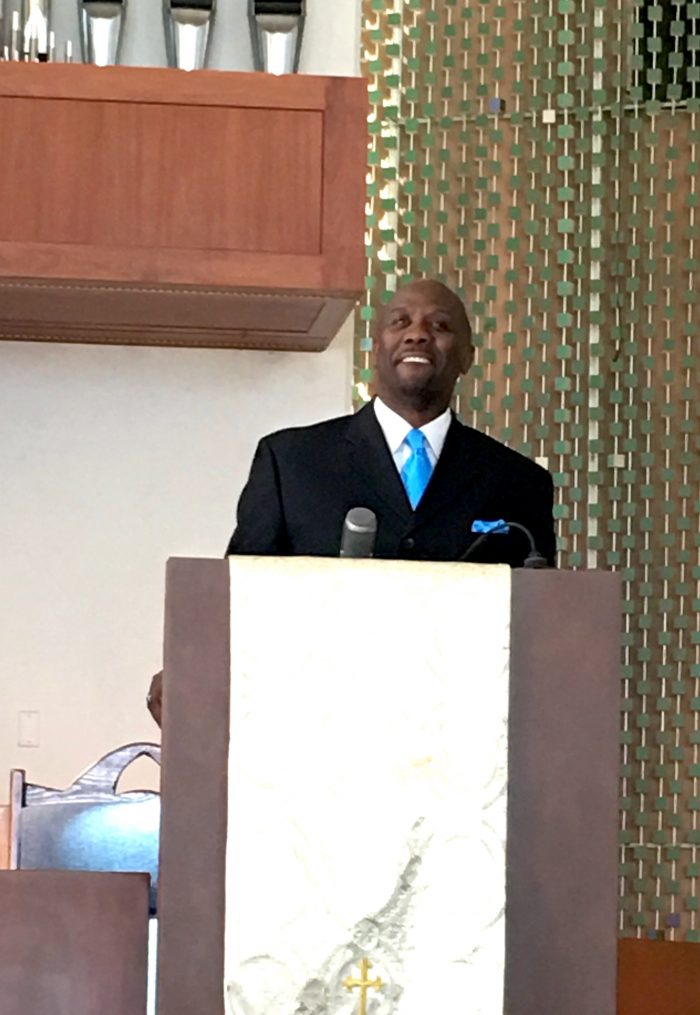 The pastor of Holman United Methodist Church, Rev. Kelvin Sauls moderated the public forum of approximately 800 plus attendees.   Questions were taken from social media and  non-pre-selected questions from the packed audience of concerned constituents. The audience had serious questions for the Senator, from healthcare, foreign affairs, the attack on Syria, immigration, the environment, to President Trump not revealing his tax returns, and his stays at the luxurious Mar-a-Largo members only club.

Senator Harris thoughtfully answered each question, at times offering hard truths. When speaking about Immigration reform, she reminded the attendees how progressive and diverse California is, with the largest number of documented and undocumented immigrants yet the state is the 6th economic power in the world.  As Harris stated, “when a state wants to make it work, they can.”   The Senator continued by focusing on how ICE raids and detention centers are another version of pipeline to prison and criminal justice reform, stating,  “We need to watch this Jeff Sessions (US Attorney General), who is talking about resuscitating all this. We have come too far to go back, to go backward on fundamental criminal justice issues, like whether or not this is a public health matter or a criminal justice matter,” she said.  The Oakland raised Senator went on to say,  “public safety is a civil right.”  When asked about President Trump’s proposed border / wall, separating the US and Mexico,  she stated, “It’s a stupid use of money.” 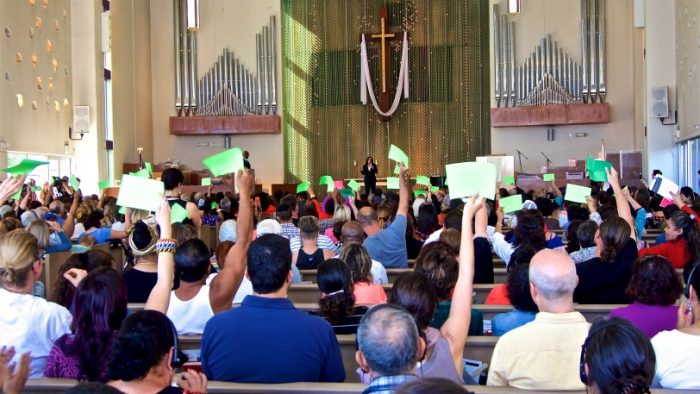 During the Q&A, Senator Harris also reaffirmed her commitment to the environment. She sits on the Senate Environment and Public Works Committee, which oversee climate change and other environmental and infrastructure policies.   She also sits on the Senate Budget Committee, which is responsible for drafting budget plans for Congress and for monitoring and enforcing rules surrounding spending, revenue, and the federal budget.

Senator Harris was consistent with the need for the public to stay engaged and involved, and applauded the participation the community has given in resistance to the current Presidential administrations’ actions.  Afterward, Harris stayed for more than a half an hour to take selfies with supporters and answer individual questions.