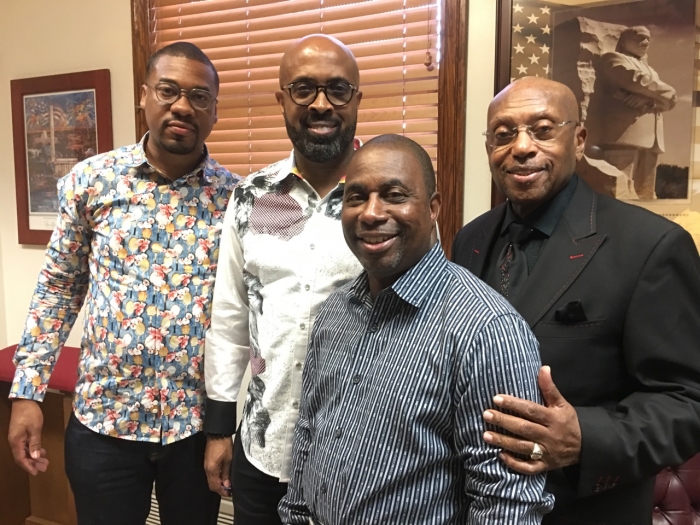 Known as a prophetic international leader and passionate social activist, Haynes is the pastor of the Friendship-West Baptist Church in Dallas, Texas, which boasts a membership exceeding 12,000.

He shared keys to calm during a three-day appearance at Macedonia’s Summer Revival, held August 18-20, in the Watts-area edifice.  Being a highly sought-after proclaimer of God’s Word, Haynes naturally pointed to the scriptures and spiritual revival to resolve angst and fear.

“Both in scripture and history, spiritual revival has always produced social revolution. So the fact that we are in such a time as this, a time of hate and division, a time where this empire is in a constitutional crisis and that has created a psychic attack and warfare on our people, we hope to have a message that ministers to our mental health,” said Haynes in a Sentinel interview prior to the worship service.

“We are in a different day as it relates to church life and this nation. The Black church was born as a protest movement and as that beloved alternative community to the outside world that was hating on us. Now, the Black church that has been that source of strength is under attack, even by our own people,” he explained.

“Politically, we are in a different day. I have never seen a presidency, in my lifetime, like the one we see right now. Lance Watson, my brother and friend, says we were raised to reach a world that doesn’t exist anymore. So that is the kind of world we are in now. I am here to bring a message of hope.”

The message by Haynes was the reason that Macedonia pastor Shane Scott invited him. “We here on the ‘left’ coast need to hear from Frederick Douglass Haynes III,” said Scott. “He is this generation’s Martin Luther King in terms of social justice and the gospel and one of my preaching heroes.”

“Dr. Freddie Haynes definitely resonates with the hip-hop community, which is so critical because it is a powerful community that is often overlooked and minimized. He has a message to reach that generation. He can bring the sanctuary to the streets,” insisted Pleasant. 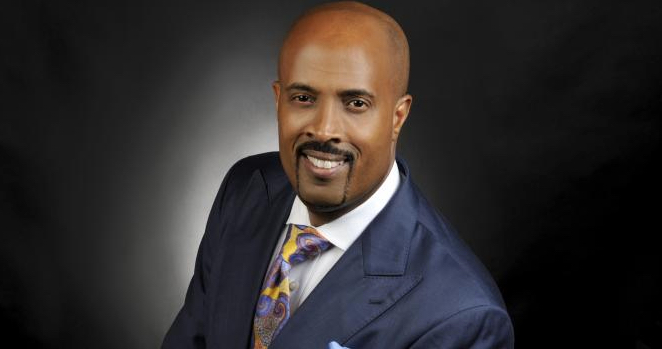 The Rev. Dr. Melvin V. Wade, Sr., retired pastor of Mount Moriah Baptist Church, was on hand as well and cited his long relationship with Haynes, who first preached in L.A. at the invitation of Wade. Also, their families have been friends for decades, going back to Wade’s father and Haynes’ grandfather who were close acquaintances.

In the midst of complimenting Haynes’ successful ministry, Wade digressed to voice with his dismay that the esteemed theologian was not elected to assume leadership of the national NAACP.

“I’m disappointed,” declared Wade, “and my disappointment is based upon the fact that we have a preacher who is intellectually astute, knowledgeable about the affairs of the nation as well as scripturally sound and the NAACP passed over him.

“We have somebody who has an international platform that could have been a launching pad to give leadership at this particular time. He is attuned to both levels – those who are in front of him and the millennials who are behind him. We missed the mark,” said Wade, who is a lifetime NAACP member.

However, Haynes didn’t discuss the matter as he preached a powerful message from Matthew 6:25-34, which commands believers to seek God and not to worry about life’s challenges, entitled, “Mind Playing Tricks on Me.”

“When you are miserable and in stress-filled situations so that you feel that the walls are closing in on you and you are wrestling with worry, the mind will play tricks on you,” proclaimed Haynes. “Some of you are wrecked by anxiety. You can walk by faith and every now and then, anxiety will attack you.

“We live in a time and culture today that creates anxiety and mental stress. Don’t depend on social media for ‘likes’ and validation. Depend on God to ‘like’ you. ‘For God so loved the world that He sent His only begotten Son and whosoever believes in Him will have everlasting life.’”

Issuing a final charge to the audience, Haynes reminded listeners of God’s love and care for troubled believers. “Our emancipator and sable-skinned Savior, Jesus, ministers to the have-nots and gives the blessing to those who are broken,” he stressed.

“He is able to heal people with pre-existing conditions and He did it before there was an Affordable Care Act!”