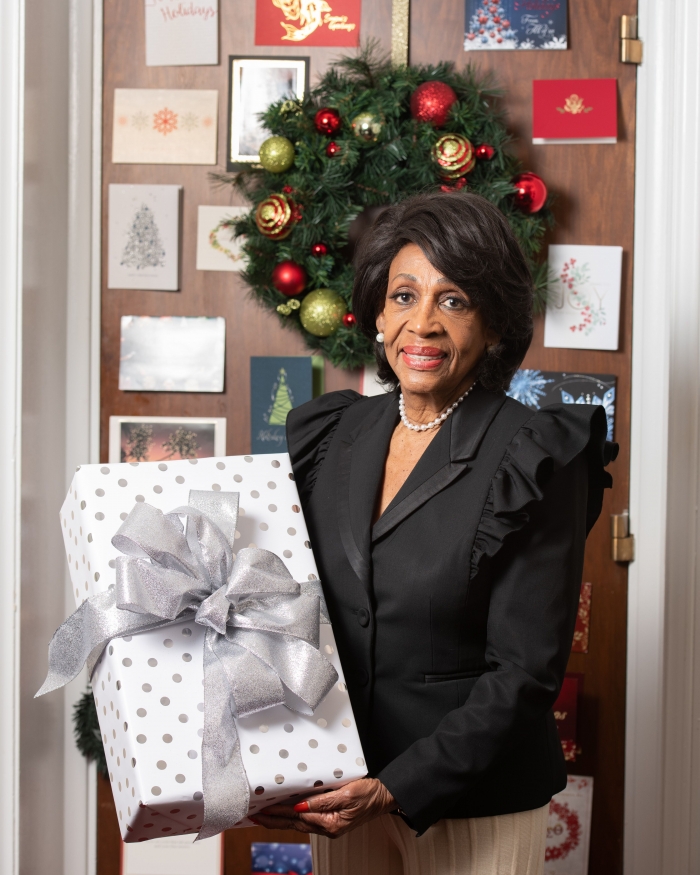 Happy holidays to all of the families in the 43rd District and the entire Greater Los Angeles community! I am so grateful to have spent this holiday season sharing in the spirit of giving with so many organizations who are ensuring that our neighbors who are need of support have an enjoyable holiday season.

Over the past few weeks, I have joined with the City of Refuge Church, Kinecta Federal Credit Union, the Los Angeles Reinvestment Foundation, and the Hawthorne VFW who provided record numbers of warm meals and non-perishable food items for the homeless, families, seniors, and veterans who are in need.

It warmed my heart to work alongside hundreds of volunteers from across our community to put smiles on the faces of children and their parents at the Rotary Club of Los Angeles’ Angel City Celebration, the Inglewood Police Department’s 2019 Stuff the Police Trailer Christmas Toy Drive, and Stevie Wonder’s House Full of Toys “Stuff A Bus” event, which was hosted by KJLH.

I was so pleased to have joined the Watts/Century Latino Organization’s “Christmas in the Neighborhood” event, where 500 families received holiday food baskets with enough supplies to last for two weeks. Just this past weekend, I greatly enjoyed celebrating with proud parents and grandparents at St. Margaret’s Center’s Christmas Program in Lennox as well as the HeadsUp Youth Foundation’s Jazz Sip and Sonder in Inglewood.

The joy and laughter I shared with our seniors at the Pacific Rim Senior Apartment Building’s Annual Holiday Event in Inglewood, as well as the memories we made at a number of community-wide holiday celebrations in Watts, Westchester, Torrance, Los Angeles, and Lawndale are simply unforgettable. This is exactly what community is all about.

As this year comes to an end, I can’t tell you how proud I am of all that we have accomplished. In January, I became the first woman and the first African American to Chair the House Financial Services Committee, and have already passed out of my Committee a comprehensive bill, H.R. 1856, the Ending Homelessness Act, which provides $13.2 billion to end homelessness in America and get our veterans, seniors, and children off the street. In addition, over the past year, my House colleagues and I have also passed nearly 400 bills that would raise the federal minimum wage, protect voting rights, strengthen Obamacare and protections for Americans with preexisting conditions, end LGBTQ discrimination, fight climate change, lower prescription drug prices, and strengthen Social Security, Medicare, Medicaid and other safety net programs that protect our seniors, veterans, and working families. However, there is still much work to be done. I remain energized for the fights ahead, particularly as we work to pass a substantial infrastructure bill that creates jobs and supports urgently needed repairs and improvements for local highways, bridges, transit systems, and drinking water infrastructure in our community and throughout the United States.

I can’t thank you enough for demonstrating such compassion, joy, and unity during the holiday season and throughout the entire year. I am so deeply grateful to each of you for your support. It is my sincere prayer that you and your families will have a peaceful holiday season and a prosperous New Year. 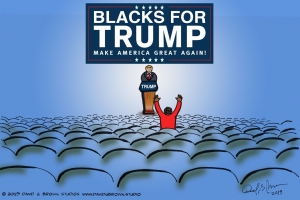 Reconcieving Our New Year Resolution: Remembering Our Work in the World 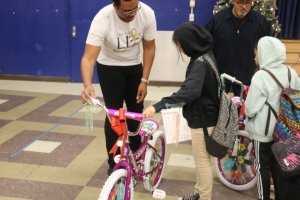