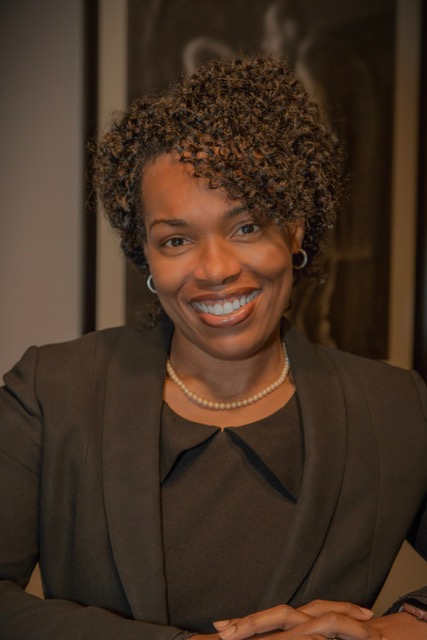 From working as an attorney to serving as the director of the Los Angeles Mayor’s Office of Reentry, Kimberley Baker Guillemet has made a name for herself in the legal world. After being appointed to a judgeship in the Los Angeles County Superior Court by California Governor Jerry Brown, the View Park-Windsor Hills native has added to her extensive resume by continuing to climb the ladder of success and serve her community!

Guillemet was sworn early March, filling the vacancy of retired Judge David L. Minning. Her preparation process for pursing the bench, involved time spent in self-reflection. Moreover, she had to think about her notions of right and wrong, and her beliefs about the legal system. Those things combined with her juris doctor degree from the University of Southern California’s Gould School of Law and a Bachelor of Arts degree from Stanford University, equipped her with everything she needed to fill the position.

“One thing about being on the bench is that it is one of the most comprehensive all-inclusive jobs that a person can be called to do. It forces you to really think about who you are and whether or not you are qualified to do this work,” she said.

Guillemet’s passion for justice and ensuring equality and equity for all people, developed at a very young after being bullied in school. She learned to be vocal and stand up for herself and others who were being mistreated because of the way they looked or the way others perceived them to be.

“I think this is something that stayed with me my entire life and I certainly felt strongly about it pertaining to other students when I saw other students being mistreated,” she said. 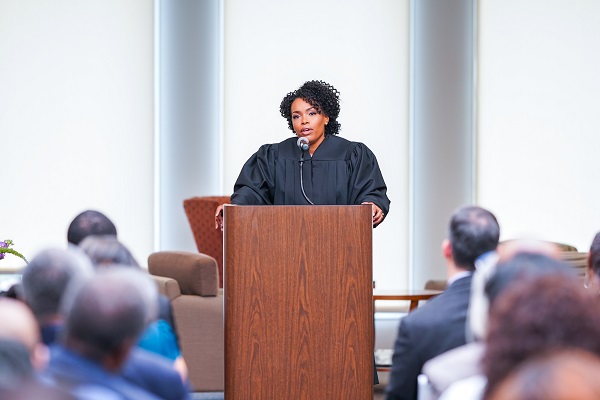 Kimberley Baker Guillemet addresses the crowd after being appointed to a judgeship in the Los Angeles County Superior Court. (Photo Courtesy of Chris K. Nelson)

“I think my life has always been very focused on ensuring people were treated fairly and that led to me wanting to be an advocate from a very young age and that continued as I grew up and throughout my pursuit. I definitely knew in high school that I wanted to be a lawyer and was very interested in the bench and certainly saw it as something that would be an aspiration for me at some point in my career.”

As an African American in the legal field, Guillemet understands the importance of planting seeds in other women of color and youth who are considering pursing the field.

“One thing that I think is important is awareness, being aware of the dynamics of our world but not allowing that awareness to negatively impact your progress,” she said.

“By that I mean as women of color, we have to be aware that our world has certain biases and conditions that are not necessarily conducive to our achievements. So often when we do achieve its in spite of those conditions not because of those conditions. I think if you go into the world and whether that’s your school, whether that’s a professional setting, you have to be aware of it but not allow it to hinder you. When you do encounter situations where you do see bias or you do see unfair treatment, you have to choose when to raise it. You have to choose when you are going to do that because the best evidence against people’s preconceived notions of inferiority as it pertains to women and people of color, is success. When we are successful and we thrive in spite of not because of but despite of the circumstances that by itself is the strongest testimony to our strength and our ability.”