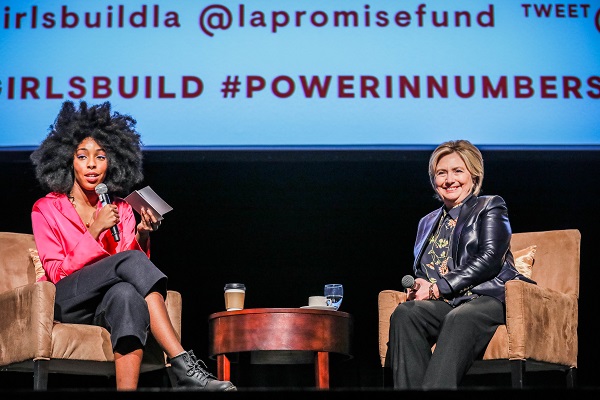 On Friday December 15, the L.A. Convention center was taken over literally by 10,000 female middle and high school students from the 6th to the 12th grade. Some girls were with their mothers, while others arrived by cars and buses; all were present to hear the words of some of America’s most powerful women during the Girls Build Leadership Summit, a year-end culmination event that is a signature Girls Build celebration that is open to all public middle and high schools in L.A. County.

“Not just because I’m a woman or because I’ve raised a wonderful daughter, but I truly believe that girls and women are the future,” voices Rodham Clinton in her leadership keynote address. “I believe that whole-heartedly, but we have to believe it about ourselves. We have to embrace our responsibility to continue what our mothers and so many women started before us.”

Senator Harris spoke about the importance of seeking and imparting mentorship, and encouraged the attendees to solve problems in their communities and continue to break barriers.

“I look at you and I think of the barriers that you will break and the problems you will solve,” said Harris.  And I’m confident that you will do amazing things not only because you are strong, and smart, and talented. Not only because you are brave, and fearless, and beautiful. But also because you are California kids. So seek out mentors, because along the way, none of us, and myself included, has achieved success without people who invested in us and made us believe we could do anything and helped us along the way. It’s a sign of strength to seek out role models and mentors.” 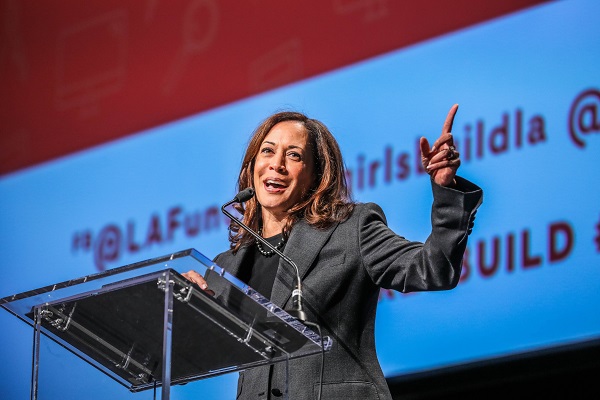 Starting at 8 a.m., girls were invited into a lively seated room, where a powerful art installation adorned the walls. Large graphic billboards on female empowerment and leadership that read, “Power in Numbers,” and “Girls Run the World,” were on display. Encouraging Beyonce and Taylor Swift music blared from the loud speakers. Hitting the stage soon after the doors opened, in a two-chair interview format, moderator Jessica Williams took us on a journey of Rodham Clinton’s history.

Clinton shared stories of her time as an active teenager with great friends and her memory of shaking hands with Martin Luther King, Jr. after hearing his sermon in Chicago. She also shared how she coped with losing the 2016 election to President Trump. “I’m hoping this is inspiring and reassuring to you to take this excitement and don’t let it be for just one day,” voiced Rodham Clinton, “Right here, right now, decide what you’re going to do to make a difference in your school, your neighborhood, church, or any place you love.”

Joining the host of speakers for the day-long summit was a spirited conversation with U.S. Olympian and the 1st Muslim female medalist, Ibtihaj Muhammad and Chief Brand Officer at Uber, Bozoma Saint John. Moderated by BeautyCon media, Founder and CEO, Moj Mahdara who questioned the two leaders on being authentic. “There’s nothing harder than to be your authentic self,” believes Bozoma. “I tried for a long time to fit into that box that they put you in as an executive; the black and grey suits but it didn’t work for me. I didn’t fit into that box. So, now I wear my loud colors and my braided hair and doors have been swinging open with opportunities. There’s nothing like being your true authentic self.”

Being yourself and facing challenges is the full mission of the Girls Build organization. Founded for middle and high school students, Girls Build asks these young women to inform the program of their most difficult challenge and to produce the solution for this challenge. Sponsored by LA Promise Fund, 50 teams are chosen to compete throughout the year and are given funding, training, materials and resources to organically solve their challenges. Teams are asked to utilize their communities by creating websites, social media campaigns and training from top professionals in the nation.

Former first lady Michelle Obama offered words of advice to the young women via video. “Some of you aren’t even old enough to vote but you’ve taken on some of the worst challenges facing Los Angeles; from health care to homelessness and immigration,” expressed Obama. “When you walk out of the door today, I hope you take everything that you’ve learned and use it to keep yourself going no matter what challenges you face.” 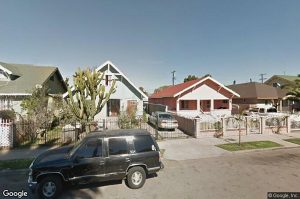 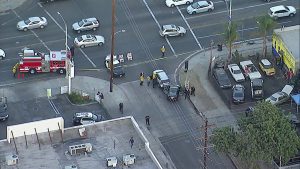