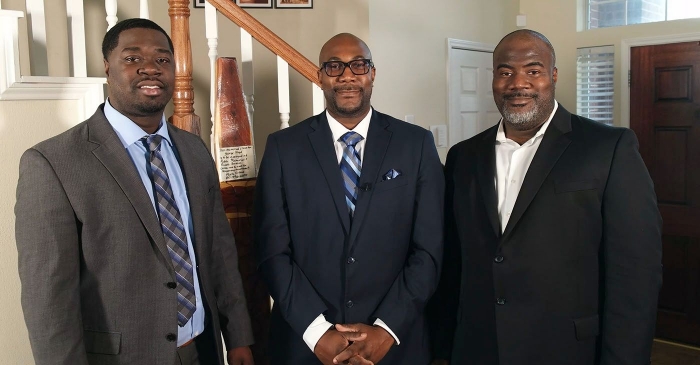 George Floyd died on May 25, 2020, after former Minneapolis police officer Derek Chauvin pinned Floyd down and held his knee in the prone African American man’s neck for more than nine minutes.

The family of George Floyd visited Capitol Hill and the White House on Tuesday, May 25, the anniversary of their loved ones’ death at the hands of Minneapolis Police.

The U.S. House passed the George Floyd Justice in Policing Act in March, but the bill has stalled in the evenly divided Senate.

The measure would prohibit federal, state, and local law enforcement from racial, religious, and discriminatory profiling.

It also requires that all law enforcement officers receive training on racial, religious, and discriminatory profiling.

If passed, the bill would ban chokeholds, carotid holds, and no-knock warrants at the federal level. It also mandates the use of dashboard cameras and body cameras for federal officers and establishes a National Police Misconduct Registry to prevent officers who commit violations from serving elsewhere.

The bill also would strip officers of qualified immunity, allowing for victims to sue police individually.

After the meeting with Bass and House Speaker Nancy Pelosi, Floyd’s family planned to visit President Biden in the White House. Their schedule takes them back to Capitol Hill for a meeting with Democratic Sen. Cory Booker of New Jersey and Republican Sen. Tim Scott of South Carolina.

George Floyd died on May 25, 2020, after former Minneapolis police officer Derek Chauvin pinned Floyd down and held his knee in the prone African American man’s neck for more than nine minutes.

Floyd was seen on video pleading with Chauvin, telling the officer that he could not breathe. The violent murder sparked global outrage and led to demonstrations against racism – particularly police brutality against African Americans.

President Biden had expressed hope that the George Floyd Justice in Policing Act would pass by the anniversary of Floyd’s death, but the Senate so far has failed to pass the measure.

White House Press Secretary Jen Psaki said the President would meet alone with the Floyd family so that they could engage in a “real conversation.”

“He has a genuine relationship with them,” Psaki stated. “And the courage and grace of this family — and especially George Floyd’s daughter, Gianna — has really stuck with the president.”