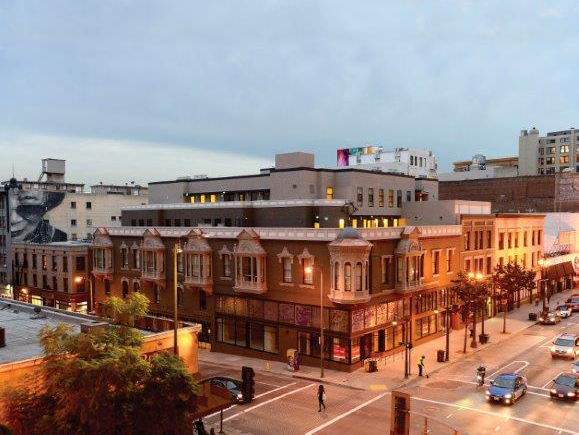 The new apartments located at 108 E. Fifth Street will feature studio and one bedroom units used to house those who were formerly homeless, Mayor Garcetti announced last week. (photo courtesy of skidrow.org)

Mayor Eric Garcetti  last week promised to unveil a “battle-plan” in about a month that will lay out ways to end homelessness in Los Angeles.

“Today, we declare war on homelessness in the city,” the mayor said at the grand opening of the 69-unit New Pershing Apartments mixed-use housing project near Skid Row.

Garcetti said tackling the problem “will require working together with the county, the City Council, LAHSA (Los Angeles Homeless Service Authority), Home for Good” and other groups and agencies “to develop a three-part plan which we will be sharing in about a month that is the battle plan for ending homelessness here in Los Angeles.”

More than 25,000 people are homeless within the city of Los Angeles, according to the latest count by LAHSA. Garcetti said in order to eradicate homelessness, various strategies will be necessary, including setting up a “coordinated-entry” program to help the homeless navigate services, and building more permanent supportive and affordable housing. Garcetti made the announcement after joining homeless advocates to cut the ribbon on the newly renovated, 100-year-old, Victorian-style Pershing Hotel at 108 E. Fifth St., featuring studio and one-bedroom units that will house those who were formerly homeless.

The building also includes three commercial and retail spaces, as well as facilities to provide supportive services to residents.  The project was developed by the Skid Row Housing Trust and designed by Killefer Flammang Architects.