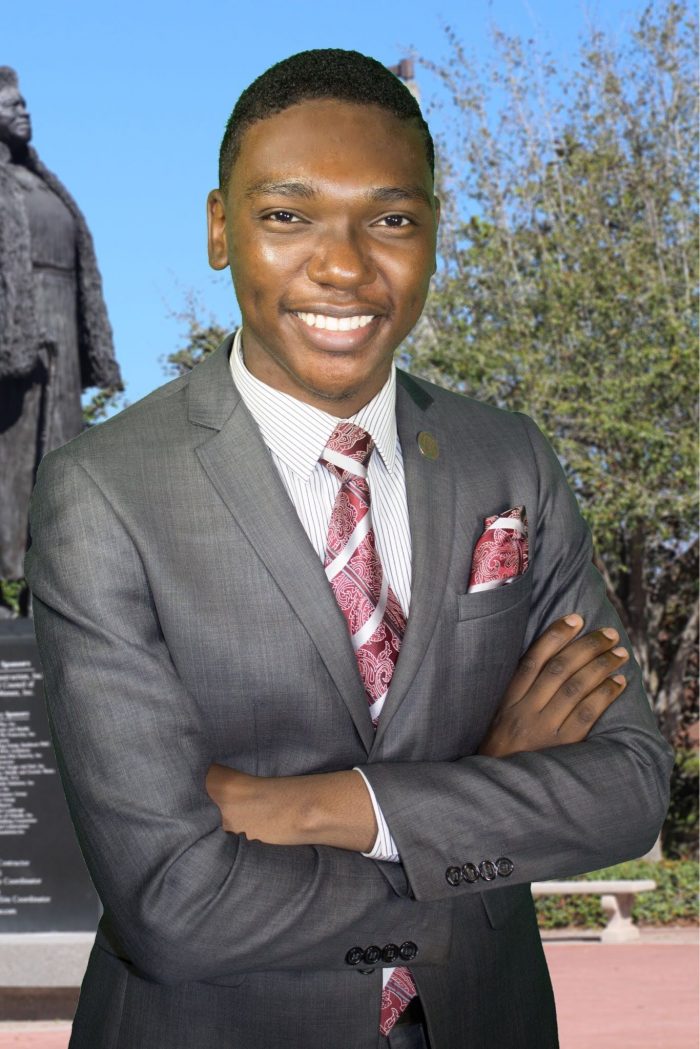 Elijah Stevens’ musical ability began to develop while he was in the 7th grade after he was introduced to the piano by his church in Freeport, Bahamas, which also paid for his music lessons.

Prior to receiving music lessons, Stevens aspired to be a chef and had dreams of going to culinary school however, after he started taking piano lessons, all of that changed.

“After I received my first keyboard, I spent countless hours practicing even during break and lunch periods. Sometimes I wouldn’t even eat because I would be so excited about practicing and playing the songs,” said Stevens.

“I decided that I wanted to be a musician because I just fell in love with [the piano]. Once I heard some of the classical pieces on my keyboard, it touched me and I just felt so connected to this music. There would be songs by Beethoven, Bach, Mozart and I would just hear it and it would do something to me and I would push myself to learn the songs. So from that time, I knew that this was something that I really wanted to do and something that I really wanted to pursue.”

Stevens performed his first recital in the 9thgrade at Woods Music Academy, where he won student of the year after completing only one year of music lessons. He was then awarded a scholarship to continue studying at the school for another year free of charge.

“I remember getting all of the hand claps after my first recital. Before my teacher brought me on she said, ‘prepare yourself because you are about to be amazed by this talented young man who has only been taking lessons for over a year.’ Since that time, it just felt like I belonged on the stage performing” said Stevens.

After graduating from high school, Stevens attended and graduated in 2017, from the historical Black college Bethune-Cookman University in Daytona Beach, Florida.

While he was in school completing his undergraduate degree, Stevens learned of Russian pianist Olga Kern.

“My teacher is the one who introduced me to her, she told me to look her up on YouTube and I saw her rendition of Rachmaninov’s third piano concerto, Rachmaninov is a Russian pianist and composer,” said Stevens.

“She was playing a song by him at the 2001 Van Cliburn competition so I went on there and I listened to her and watched her perform and I was blown away. She gave so much passion and so much fire. It took my breath away and I became such a fan, she became my biggest idol.”

Later, Stevens found out that Kern would be teaching at the private music conservatory, Manhattan School of Music (MSM). From then on, he set his sights on MSM and studying with the renowned pianist. 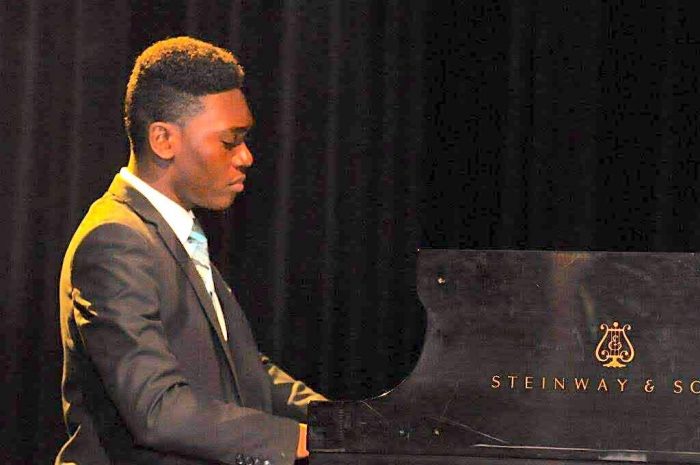 “It just felt like I belonged on the stage performing.” (courtesy photo)

In December 2017, Stevens attempted to apply to MSM however, he did not have enough money to pay the application fee needed to complete the application. Although he completed all of the necessary paperwork, the school refused to view all prescreening videos unless the fee had been paid. Later Stevens decided to send videos of his performance to the department chairman of the school.

“The chairman told me, ‘I really enjoyed your playing and anything that I or the school can do to support you we would.’ I just went off of that and I went with a spirit of not taking ‘no’ for an answer,” said Stevens.

Soon after, Stevens made the decision to pack up his bags and leave his life behind in Florida and drove 16 hours to NYC to pursue his dream of becoming a classical pianist.

“I drove 16 hours only on the strength and grace of God because I am not a long distance driver at all,” said Stevens.

After arriving at MSM, Stevens spoke to the dean of enrollment who informed him that the school would be unable to accept him due to the fact that it would break all of their rules and regulations.

According to Stevens, there were only four people who could approve of the decision to accept him into the school on these grounds. The dean of students, the dean of enrollment, and the president of the school voted ‘yes’ however the last person voted ‘no’ and told Stevens that he would have to wait for the next audition.

Once Stevens received the news, he hurried to his car where he sobbed.

Stevens explained to the Sentinel that it wasn’t his first time taking a risk.

“The first major risk I took is when I left the Bahamas after being denied from six scholarships, I decided that I wanted to study in the U.S. even though my family told me that I should work, stay home, and attend a local college. I told them that wasn’t an option for me because I had seen a lot of my friends try to take that route and something would keep them home and something would keep them from their dreams,” he said.

“So I remember from that day my mother telling me, ‘don’t ever let anyone tell you that you cannot do something, not even me. So from that day everything I took on, I did with that kind of faith and that kind of bold and aggressively thinking.”

Instead of traveling back to Florida, the now 22-year-old made the decision to stay in NYC which was no easy task. Most of his nights were spent sleeping in his car.

“I didn’t have the strength in me to drive back, I just could not imagine going back to the life I had before especially after detaching from everyone and everything that I was saying I was going to do. It was just too embarrassing for me, too humiliating for me to take,” said Stevens who vowed never to audition or take that type of risk again.

Eventually Stevens ended up in a shelter and later lost his car because he couldn’t keep up with the payments, and was unable to find employment.

In October 2018, Stevens began working at Keiko Studio Music Academy in Queens, New York which gave him enough money to start picking up piano lessons to prepare him for his audition. Stevens also found a graduate from MSM who studied with Kern. Stevens shared his story as well as videos of himself playing the piano with the student. The student offered to help Stevens prepare for the next round of auditions at MSM which took his skills to new heights. 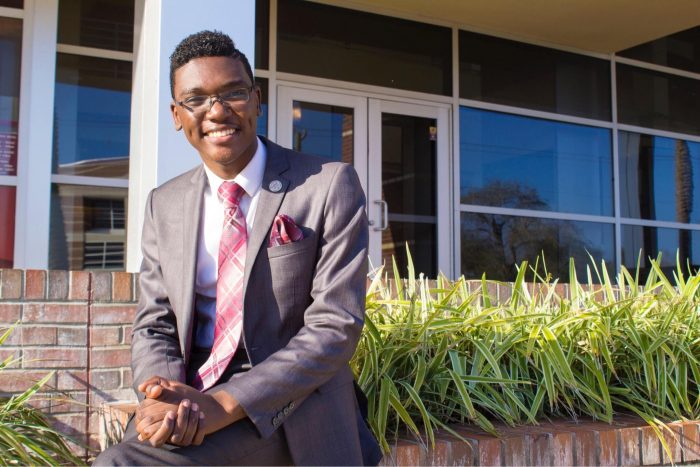 During this time, Stevens applied to Columbia University an ivy league, Hunter College, and reapplied to MSM where he finally received an invitation for a live audition.

After seven months of homelessness and an audition at MSM, Stevens received the news of a lifetime, he had been accepted into MSM, Columbia, and Hunter College.

“When I saw the [MSM] decision, I almost couldn’t breathe for a moment. I was shaking, I was so blown away and I just started to cry because I could remember all the hurt and the pain, the embarrassment, and how badly I wanted it with every fiber of my being,” said Stevens.

After graduating from MSM, Stevens has plans of traveling the world and performing as a classical pianist as well as teaching at a top conservatory, and opening his own festivals, competitions, summer camps, and workshops. Later, Stevens hopes to open up his own performing arts school and establish scholarships and foundations.

Although Stevens has been accepted into the institution, he needs to raise $250,000 to study at the school’s dual degree program (one in piano performance and the other in music and music education) which will allow him to obtain two master’s degrees in a three-year period.

To date Stevens has raised $2,055 on his GoFundMe Page.

With school starting in just three months, Stevens is hopeful he will reach his goal! For more information on Stevens’ story or to donate please visit www.gofundme.com/help-elijah-study-at-his-dream-school and follow him on Instagram at Bookof_Elijah. 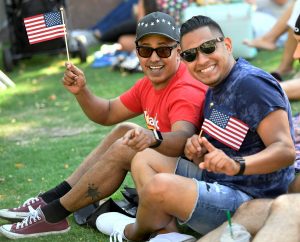 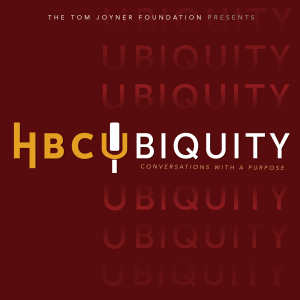 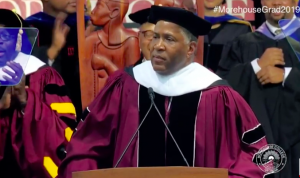 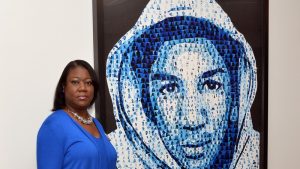