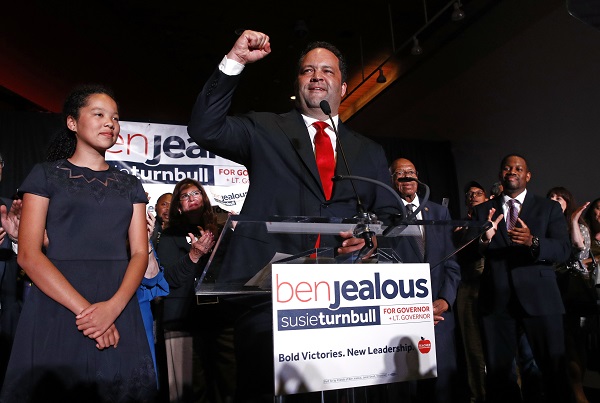 Former NAACP President Ben Jealous won the Maryland Democratic nomination for governor on Tuesday, giving him a shot at becoming the state’s first Black governor and setting up a battle between the progressive candidate and a popular Republican incumbent.

Jealous said his goal is not just to win an election, but build a movement and lead into law a new agenda.

“I know there is skepticism that Larry Hogan can be beaten,” Jealous said. “Well, we’ve got a message for those who think this race is already over. Larry Hogan will lose in November because he is not ready to run against someone who knows how to build a true people-powered grassroots campaign.”

“Today we have come together, from all corners of Maryland, to send a message to the Republican Administration in Annapolis _ that their time in power is coming to an end,” Jealous said.

Hogan campaign manager Jim Barnett said Maryland voters will have a clear choice in November, describing the governor as “a steady hand who has worked in a bipartisan way.”

“In Ben Jealous, they find a risky blend of ideological extremism and recklessness who would move Maryland in the opposite direction and toward the bitter partisanship and dysfunction that poisons Washington,” Barnett said.

Dan Lessard, a human resources manager of Kingstown, Maryland, voted for Jealous and said he brings youth and diversity to the campaign: “I like the fact that he was head of the NAACP,” the 56-year-old added.

Thomas Vail of Easton and his wife, Wanda, both voted for Jealous but didn’t rule out voting for Hogan in November.

“Hogan has stood up to the present administration in Washington,” said Vail, 68, who retired from the aviation industry. “He has an independent streak.”

Jealous supports tuition-free college educations and expanding Medicare to all. He advocates raising teacher pay by 29 percent and funding full-day, universal pre-kindergarten with tax revenue from his proposal to legalize marijuana for recreational use. 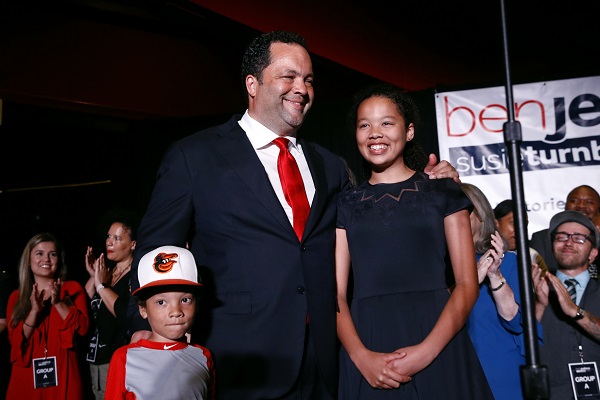 Jealous won support from leading liberals on the national stage, including Sen. Bernie Sanders of Vermont, who rallied with him in Silver Spring. Sens. Cory Booker of New Jersey and Kamala Harris of California also endorsed him. Comedian Dave Chappelle and Ben Cohen, a co-founder of Ben & Jerry’s Ice Cream, made stops in Maryland to appear with him.

In 2008 at age 35, Jealous became the youngest person elected to lead the Baltimore-based NAACP, the nation’s oldest civil rights organization. After five years at the helm, Jealous was credited with improving its finances and donor base.

Jealous campaigned on plans to reduce the prison population to save money. One proposal includes ending cash bail.

Hogan is popular in the state, where Democrats control many other elected offices. He has kept President Donald Trump at arm’s length, not attending the Republican presidential convention in 2016 and writing in his father’s name in presidential voting that year. More recently, Hogan responded to the immigrant family separation crisis on the U.S. border with Mexico by ordering home Maryland’s four National Guard members deployed to the Southwest.

Jealous ran in a diverse primary that included nine candidates, including two all-female tickets. While crowded, the primary, for the most part, was a quiet one with the candidates agreeing on many issues and focusing criticism on the governor. However, the sudden death of one candidate, Baltimore County Executive Kevin Kamenetz, shook up the race in May.