In January, eyebrows were raised after a photo released by CBS revealing the correspondents scheduled to cover the 2020 presidential election for the network did not contain one African American journalist.

The snafu led to a meeting with Rep. Maxine Waters, Chairwoman of the powerful House Financial Services Committee, who said CBS officials admitted they had a lot of work to do and the network pledged to include blacks on their 2020 election team and other coverage.

Apparently, there’s still a problem at the “Eye” network.

In a scathing essay published in Variety, Davis said it’s a “White problem across the board.” She said there’s not one Black creative executive working at the CBS Television Network or at CBS Television Studios.

Of the network’s 36 creative executives – all upper management roles that deal with content development, casting, current production, daytime and alternative programming – there are only three women of color, none Black, Davis said.

“There is not one executive of color working in casting at CBS. The one Latinx executive hired in casting last year lasted eight months – he works at Netflix now,” she said.

Davis, who began her media career at the network and most recently served as director of entertainment diversity and inclusion, said she decided to leave CBS in February.

“Last fall, when sexual-misconduct allegations against then-CEO Leslie Moonves prompted an outside investigation into the CBS workplace culture, I assumed that all forms of discrimination would be delved into,” Davis wrote in the essay.

“The attorneys I spoke with did not lead me to believe otherwise. I was eager to tell my story and grateful that two independent law firms were brought in to conduct interviews with several hundred employees,” she said.

By sharing her experience, Davis said she hoped to shed desperately needed light on the truth that CBS, “sadly, doesn’t value a diverse workplace.”

“After an initial interview with one investigator, I talked to six attorneys from both firms, detailing my experience at the company and, in that heart-wrenching two-hour interview, I talked about a workplace fraught with systemic racism, discrimination and sexual harassment,” Davis said.

“My understanding was that there would be follow-up and long-awaited reforms as their discovery continued. Yet, I heard nothing again from investigators, and soon saw that their report had been leaked to the media before the board had reviewed its findings,” she said.

Afterward, Davis said she immediately called the CBS investigation hotline, which, via a recorded message, told her the inquiry was now closed.

“It was then that I realized what I had long tried to ignore — CBS has a white problem,” she said.

Reportedly, Zirinsky said Davis’ essay “serves as reminder to CBS senior leaders to check ourselves and to take our culture as seriously as we take our journalism.”

Kahl said that the letter shows how much work the network still needs to do to be fully inclusive.

Despite Zirinksy and Kahl taking responsibility, CBS likely will remain under scrutiny by Waters and others.

“True diversity is the inclusion of all,” Waters said. “I won’t let them off the hook.”

Earlier, Rep. Alexandria Ocasio-Cortez and the NAACP tweeted their disappointment with CBS’ lack of African American journalists selected to cover the 2020 election.

“This White House administration has made having a functional understanding of race in America one of the most important core competencies for a political journalist to have, yet CBS News hasn’t assigned a single black journalist to cover the 2020 election,” Ocasio-Cortez said.

CBS News’ decision to not include black reporters on their 2020 election news team “further proves the voting power and voices of Black American continue to be undervalued,” the NAACP said in a statement. 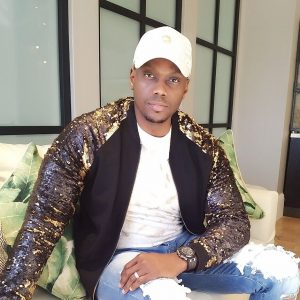