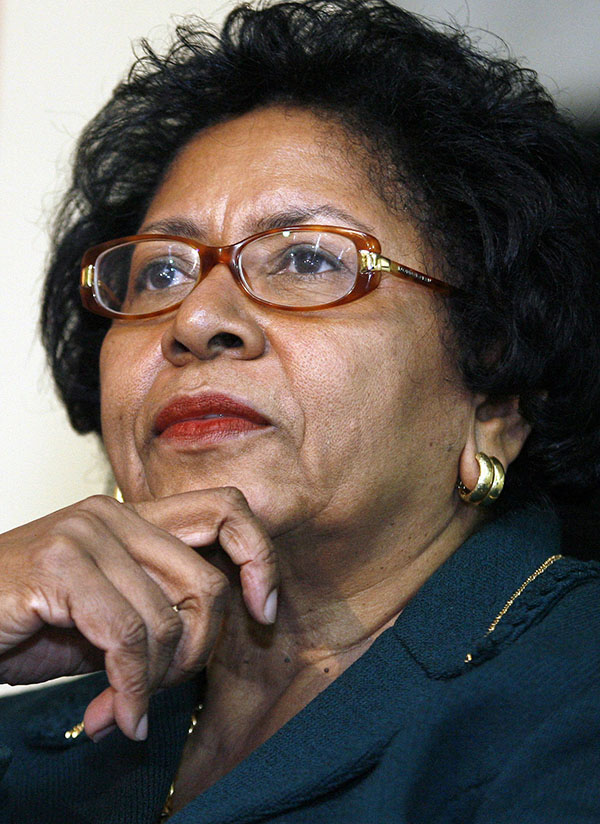 In this April 26, 2010 photo, Brown University president Ruth Simmons listens during a ground-breaking ceremony in Providence, R.I. A federal lawsuit by former Brown student William McCormick III alleges that university administrators failed to adequately investigate rape accusations, which he claims led to his pressured withdrawal from the school shortly after he arrived in the fall of 2006. Simmons told Associated Press those allegations are “utter poppycock” but declined further comment. (AP Photo/Stew Milne)

Retired Brown University President Ruth Simmons is being installed as president of Prairie View A&M University, making her the first female leader of the school in Texas.

Simmons, who also was president at Massachusetts’ Smith College and served in executive positions at Princeton and Spellman College, takes over Friday at Prairie View for George Wright.

Simmons has been serving as interim president. She retired from Brown in 2012 after 11 years as the first black president of an Ivy League school and returned to her native Houston.

Prairie View, part of the Texas A&M University System, has about 8,700 students on its campus located 45 miles (72 kilometers) northwest of Houston.