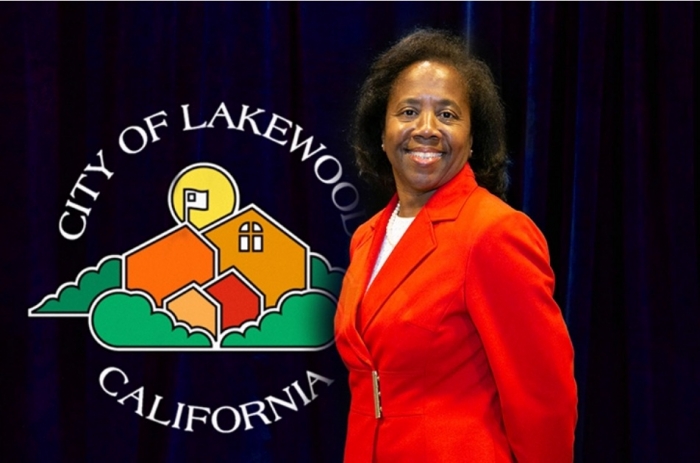 A longtime Lakewood city commissioner and former Los Angeles County sheriff’s commander was sworn in today as the first Black council member in the city’s history. Vicki Stuckey was unanimously appointed Tuesday night to fill the 18 months remaining on the term of Diane DuBois, who retired after 15 years on the Lakewood City Council.

Stuckey — who has lived in Lakewood for 28 years — has been a city commissioner for 19 years, served four years on the community safety commission and 15 years on the planning and environmental commission, including four stints as the commission’s chair. She retired last year from the sheriff’s department, where she worked 34 years and rose through the ranks from a deputy to a sergeant, lieutenant and ultimately a captain and commander of the Altadena sheriff’s station.

“I think Vicki Stuckey is a great choice for serving Lakewood, especially at this unique point in our history,” Mayor Todd Rogers said in a statement released by the city.

“As we all know, Lakewood continues to diversify, and I think it is important that we have a variety of perspectives and life experiences represented at the highest levels of decision making …,” he said. “I think she can step right in and hit the ground running to effectively serve out the

remainder of Diane DuBois’ seat at this important time for our city.”

DuBois had previously served 28 years on the city’s planning and environmental commission, making her the Lakewood resident with the longest combined service as a city official in Lakewood’s history.

Last month, she said she was “ready to retire, relax a bit and give someone else a chance to sit in this seat.”

On Wednesday, Stuckey said she is “honored and humbled to have this opportunity to serve my fellow residents of Lakewood.”

“I look forward to devoting myself to being the best council member possible, representing everyone in our community and working with my colleagues and fellow residents to keep our city in great shape and make it the best it possibly can be,” she said.

The City Council had the option of filling the vacancy by appointment or holding a special election in March 2021 that would have cost the city about $230,000, officials said.