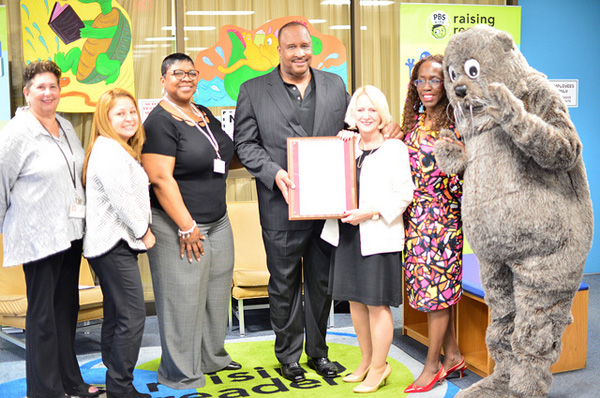 The First 5 California Reading Tour visited the Inglewood Library last week to host dozens of preschoolers at a special event filled with stories, songs, and puppet shows. The tour, which emphasizes the importance of talking, reading, and singing with children beginning at birth, is an important grassroots component of First 5 California’s statewide public education and outreach campaign, Talk. Read. Sing. It changes everything®. City of Inglewood Mayor James T. Butts, Jr. joined as the event’s special guest, where he read a story to a full house of children from several local early education centers including Rogers Park Preschool, Siminski Preschool, and Lockhaven Community Center.

The children enjoyed hearing the mayor read Today is Monday by Eric Carle and enthusiastically engaged in dialogue during the story. To the parents and caregivers in the room, Mayor Butts shared and reinforced First 5 California’s message about the importance of incorporating reading into children’s everyday routines, referencing his own early reading experiences with his father as a young child. 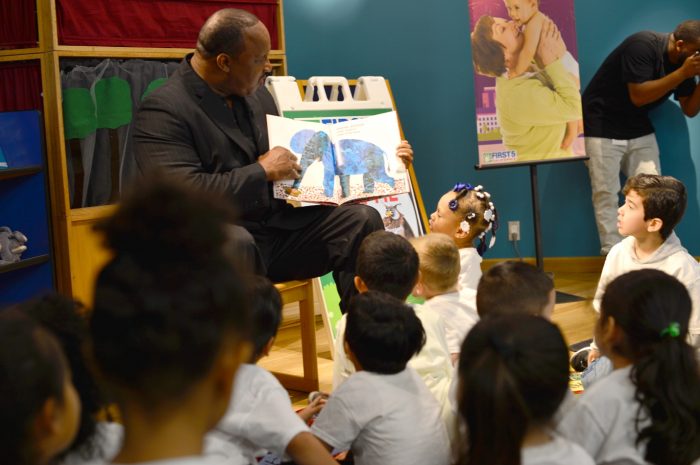 In addition to the mayor’s special reading, the children received a surprise visit from a life-sized storybook character, “Potter the Otter.” First 5 California also provided a free book to every child, parent, and teacher who attended the event, and First 5 LA offered free resources for the community.

During the event, Mayor Butts presented a special commendation recognizing First 5 California for investing in comprehensive programs designed to make children’s health and education a top priority, especially in the earliest years of development. First 5 California also was commended for the development of its Talk. Read. Sing.® campaign. This statewide effort educates parents, caregivers, and other loved ones of our youngest children about the importance of the brain development that takes place in the earliest days, months, and years of a child’s life through regular, ongoing language interaction and engagement with caring adults. These engaging activities result in billions of neural connections that form in the brain – in tandem with foundational parent-child bonding – during these early months and years.

By the time they turn four, those young children who are talked with and read to regularly will have heard a staggering 30 million words more than those children who were not regularly spoken with, read to, or engaged with during those early years. This means that when they start school, those who have come from language-rich, positive, and engaging environments have much larger vocabularies and a significant advantage over children who have not.

“Through our First 5 California Reading Tour, we’re thrilled to join the community of Inglewood in celebrating the importance of everyday reading,” stated Camille Maben, Executive Director of First 5 California. “We thank Mayor Butts for his special commendation, and gratefully acknowledge the entire staff of Inglewood City Parks, Recreation and Library Services for their support in our Talk. Read. Sing.® effort.”

Last week’s First 5 California Reading Tour celebration at the Inglewood Library was the first of two local Talk. Read. Sing.® events that will be held in Inglewood in conjunction with the Inglewood Parks and Recreation Department. The next First 5 California event, “Sing-Along and a Splash of Magic,” will be held on Friday, June 23, from noon to 2 p.m. at the Inglewood Public Library in the Storyteller Theatre.  This free family event will feature a sing-along led by recording artist Sheree Brown, a special magic performance by Michael Ellington, and other exciting surprises for children, parents, and caregivers alike. 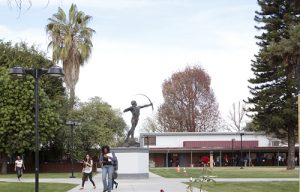 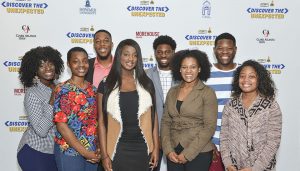 HBCU Students ‘Discover The Unexpected’ with the Black Press 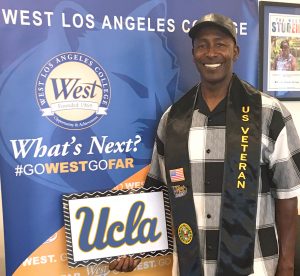 WLAC Serves As A Springboard To Universities Around The Country For African... 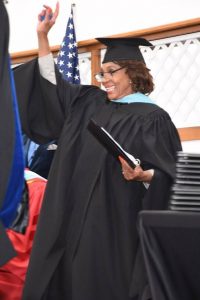 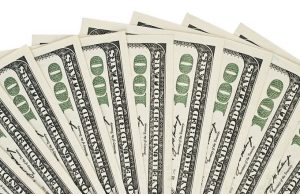