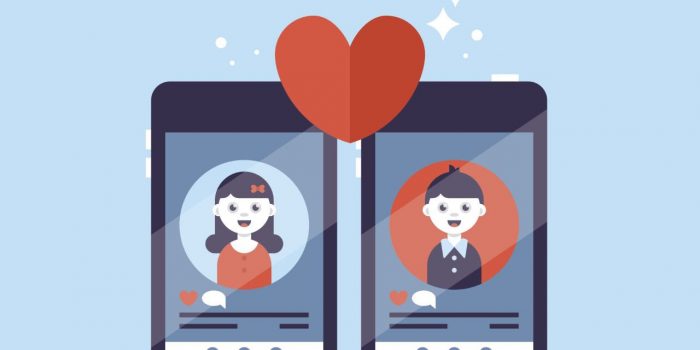 On May 1 at its annual Developer Conference, F8 in San Jose, Facebook creator Mark Zuckerberg announced a new feature, Dating, a service which will allow users to create a profile specifically for romantic pursuits.
“Given that 1 in 3 marriages in the US start online and that almost 200 million people on Facebook say they’re single on their public profiles, Facebook Dating will help build long term relationships and mirror the way people meet in real life — through the experiences they have in common,” Zuckerberg said.
Users will be able to tie in their dating profiles with their already existing FB accounts. Information from those accounts like interests and location will then be used to match potential mates. The service is free and Zuckerberg announced that there will be no monetization of the service with ads, which would prevent any possible data usage by third parties.
“It will be separate from your normal profile, will only show your first name, and won’t be shared with other friends,” Zuckerberg said.

Also:
• Users won’t see any of their existing Facebook friends as potential matches in the Dating space, and Facebook friends that have opted-in to Dating won’t see them.
• Users will have the option to ‘unlock’ individual events or groups they’re members of to see potential matches. “Just like in real life, the more active you are in the communities around you, the more opportunities you’ll have to meet awesome people,” Zuckerberg said.
• Separate messaging inbox with text-only communications will be another feature, which means people can’t send photos or links when they’re chatting for the first time

“It mirrors the way people actually date, which is usually at events and institutions that they’re connected to,” said chief product officer Chris Cox, who joined Zuckerberg in the announcement.
Financial experts at cnet.com said that Facebook’s advantage over its competitors like Tinder and OkCupid is its built-in user base with over 2.2 billion active and the fact that the service is free. The online mag also reported that Match, “which owns Tinder and OkCupid, took an early hit from its new rival-to-be: Its stock dropping after the announcement. But with Facebook still reeling from a privacy scandal involving Cambridge Analytica, Zuckerberg’s competitors said they don’t feel threatened by the new dating feature.
The new dating feature announcement comes just weeks after the Cambridge Analytica scandal during which, accusers said FB allowed data to be collected on over 80 million users for Donald Trump’s presidential campaign without their knowledge. Zuckerberg went before Congress, formally apologizing for errors made from within the company that allowed the scandal to unfold. The CEO took full responsibility for the organization’s part in the debacle. But, “We have designed this with privacy and safety in mind from the beginning,” Zuckerberg said.

Meanwhile, marketwatch.com reported that New York City based dating coach Meredith Golden said she believes Dating will mostly be used by divorcees and the over 40 set.
“There are millions of singles in this demographic who want to meet someone but have reservations about using dating apps,” she said. “If they’ve already been using Facebook and feel comfortable with the format, this will be an easy transition for someone reentering the dating market.”
Facebook Dating is set to roll out later this year.