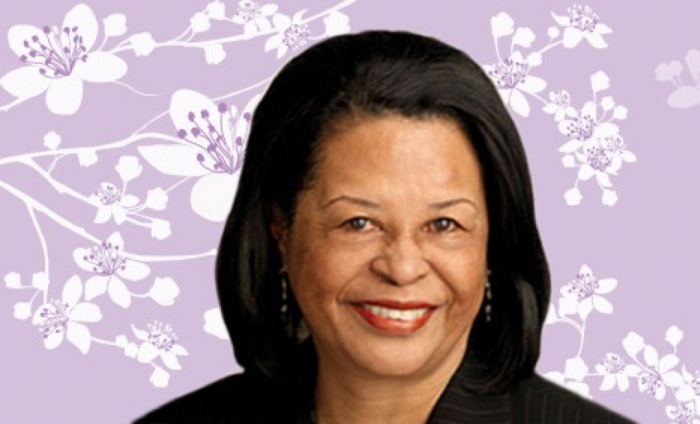 Janet Cruz Sparrow passed away after a long battle with a brain tumor on Saturday, June 5, 2021. Janet Sparrow was born on May 4, 1934 to Eulogio and Inez Cruz. Along with her beloved brother, Emilio, she was born and raised in Los Angeles and she always said she never wanted to live anywhere else. Janet loved Los Angeles and all the opportunities the city had to offer.

She married Edward A. Sparrow and together they raised three beautiful children, Douglas, Jacqueline and David. She dedicated much of her life in the raising of their three children and towards a desire to learn, a desire to work very hard for what she wanted in life, and a desire to serve and mentor others.

Janet possessed a strong work ethic and she passed this belief on to her beloved children. She began her career as an elementary school teacher and went on to become an elementary principal. After receiving her law degree she accepted a position with Howard Hughes Aircraft Company in the Subcontracts Department and rapidly moved up the career ladder. She often described this job as the most interesting and rewarding part of her career. She was given the opportunity to travel extensively for the company and to supervise and mentor those who worked in her department. She retired in 1999.

Her professional accomplishments include: Chairman of the Board of Directors of the Kinecta Federal Credit Union, Secretary and Treasurer of the Ladera Senior Association, Trustee for Catholic Charities, Who’s Who of American Women 1989-1990, mentor for Teach for America, and ABCTV’s Hometown Hero for the mentoring of potential teachers.

Janet was energetic, had a strong passion for life and possessed a love of travel. The love of travel took her to almost all of the United States and to every continent in the world except Antarctica. One or more of her children would travel with her because she wanted them to see the world and what it had to offer.

Janet believed strongly in helping others whereby she became a busy volunteer after she retired. To name a few, she was a dedicated volunteer for Daniel Freeman Hospital for seven years until the hospital closed and is a loyal volunteer for St. Jerome Catholic Church where she has primarily served as a Lector, Eucharistic minister and Sacristyn.