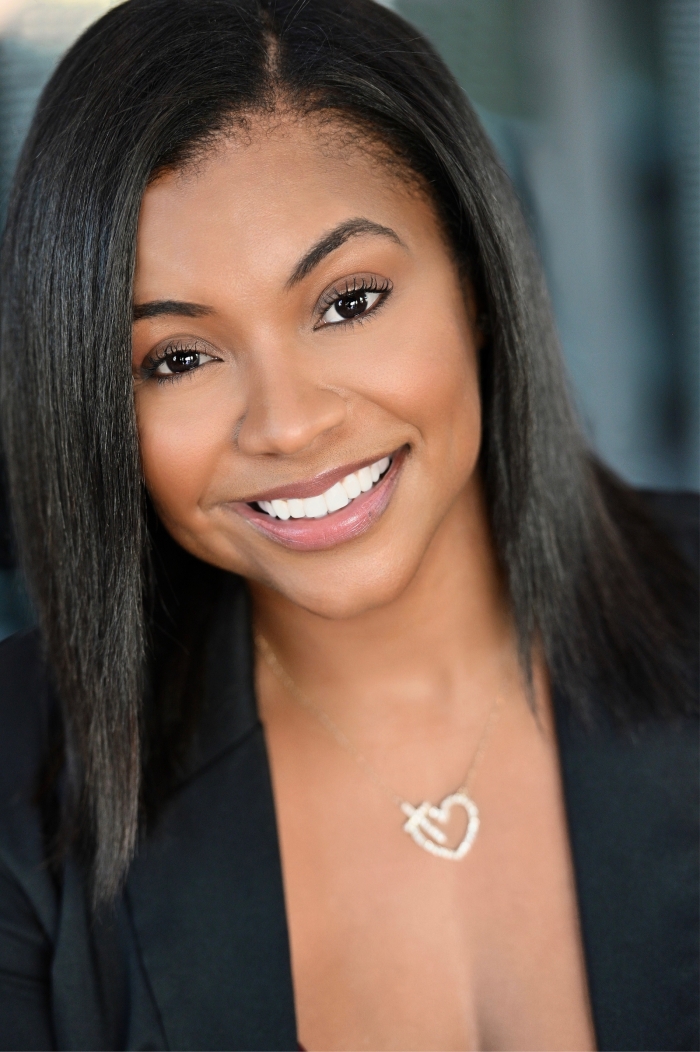 Actress and entrepreneur, Ernestine Johnson Morrison is taking her life lessons and skills to better the state of the Black community in Atlanta and soon her hometown of Los Angeles.

Born and raised in the San Fernando Valley, Morrison has spent the majority of her life under the influence of strong leaders who pushed her to be better. “I wouldn’t be where I’m at without my mentors,” she shares. “It’s important for me to also mentor those coming from under me offering all the tools, gifts and resources that people offered to me to help me become who I am.

“It’s really my due diligence and my honor to be that for somebody else because it’s how we grow and keep businesses and frequencies circulating.” Now, as a 32-year-old entrepreneur, entertainer and wife, she’s building an empire based on serving the Black community.

After moving to Atlanta nine years ago, Morrison founded several businesses including Green Lit ATL and The Legacy Center. Green Lit ATL is the premiere film industry event where creators are able to show off their work and network amongst the industry. The Legacy Center, also known as “The Blackhouse” is a co-working and educational center to help broaden the horizon for young Black entrepreneurs and elevate their businesses. She, along with her husband, Jay Morrison, also founded the Tulsa Real Estate Fund.

The California native recalls her move to Atlanta as an alignment and a necessary move towards her growth. “I feel like it was where I was supposed to be in order for me to thrive, flourish and build my brand.”

With her family still in Los Angeles, Morrison returns throughout the year to vacation and occasionally work, with hopes of expanding her businesses to Los Angeles. After just celebrating the first anniversary of Green Lit ATL, she’s excited for what’s to come and the collaboration with The Legacy Center.

Green Lit ATL was created to give producers, directors and actors a space to screen their work and use practical resources to help build longevity within their careers. The platform provides writer and producer courses, as well as networking events to find the connections needed to generate content.

“I wanted to contribute my talent, my gift and my resources to Georgia,” she says. Thankful for what the state has given her, Morrison’s goal before returning to Los Angeles has been to give back to the city that helped build her into who she is today. “Atlanta helped build my brand and offer what I had in me to the Atlanta film industry.”

“It’s all about elevating ourselves economically; my husband does it through real estate. I do it through film. We use both of our gifts for the greater vision; showing people we have every tool and resource to put ourselves into position to build generational wealth for our family.” 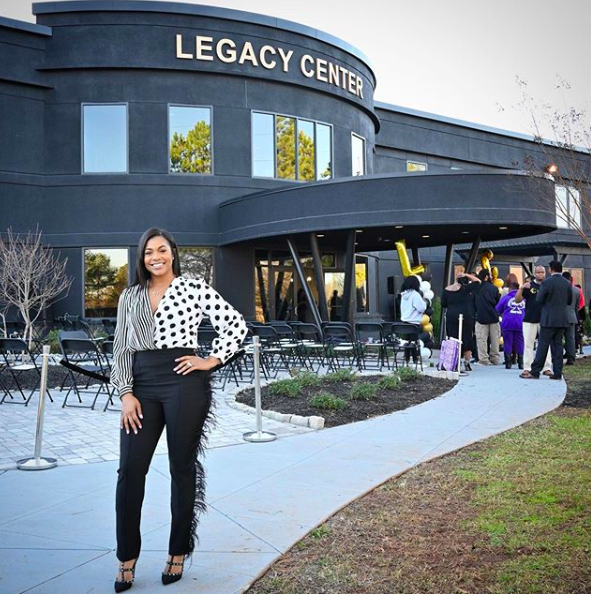 Ernestine Johnson Morrison in front of The Legacy Center also known as The Blackhouse. (Courtesy Photo)

As the founder of The Legacy Center, Morrison says he desires to be a part of the conversation surrounding the billions of dollars Atlanta has brought in through the film industry over the years was her driving force. The couple merged their passions to create an education and networking hub, co-working space and wealth endowment center.

The Legacy Center also happens to just be two miles from Tyler Perry Studios, which she also believes in an act of alignment as her goal has been to work with the film giant since moving to Atlanta. “We would be completely remiss to not follow his [Tyler Perry] model of ‘put yourself at the table, build your own table.’”

The Legacy Center opened its doors to the public on January 8, 2020, with a great turnout as expected. The celebration went on for five days as they hosted five different events to get the community further acquainted with their mission.

As Green Lit ATL is an extension of The Legacy Center; the founder is extremely hopeful for the future of both endeavors. “I hope that our first run is successful and that [in the next year] we’re gearing up to open our second location and we have multiple locations throughout the nation.”

Remaining true to herself, a woman of many talents, Morrison’s purpose is visible in her every move. Both of her latest ventures will tap back into her passion for helping others, which has always benefited not only others but herself.

“I’ve always operated from a spirit of servitude,” she says, explaining one of the reasons she feels so blessed is because she is steadily serving others. “A lot of blessings fall out of the sky for me, like out of thin air; I know it’s because I’m constantly giving.”

While functioning at her highest frequency, Morrison wakes up with the spirit of gratitude daily for all she has and is capable of doing. Without a stop in sight, she continues filling her businesses, staff and family with love, encouragement and motivation.

“I would tell young Ernestine that she was enough, that pain is necessary for the process. I would also tell her everything God put in her is there intentionally, it’s not by mistake and I would walk in that confidence.”