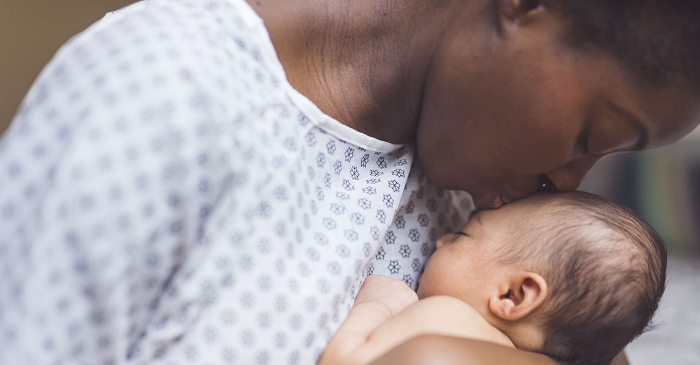 Presidential elections impact Americans’ lives in a wide array of ways. It’s widely maintained that the outcome of the 2020 contest between the incumbent, Donald Trump, and the Democratic nominee, Joe Biden, will have long-term consequences for many in general and African Americans specifically. The National Newspaper Publishers Association (NNPA), the trade association of the more than 200 Black-owned newspapers and media companies in the United States, will examine potential election outcomes and consequences in six key areas: Education, Health Care, the Economy, Foreign Affairs, Employment, and Criminal Justice.

With the confirmation of Supreme Court Nominee Amy Coney Barrett by the Senate Judiciary Committee, the consensus among many Americans is that the conservative jurist’s appointment portends doom for the Affordable Care Act.

Nominated by President Donald Trump following the death of Justice Ruth Bader Ginsburg — with just weeks to go before the general election — Judge Barrett has openly stated opposition to Obamacare. Meanwhile, the Supreme Court is scheduled to hear arguments on Nov. 10 from a Republican-led coalition seeking to strike down the health care law.

Barrett’s appointment shifts the makeup of the justices for the highest court in the land to an overwhelmingly conservative majority.

With no replacement for the health care law – commonly known as Obamacare – it’s estimated that more than 22 million Americans will lose coverage. That number includes a large swath of African Americans and those with preexisting conditions.

“Without a replacement in place for Obamacare, the loss of this act will make things more difficult for those who need healthcare the most, in particular, the underrepresented and underserved communities, and those with preexisting conditions,” stated Dawon Hawkins, the chief people and training officer for the health care startup Xcelrate UDI.

“Obamacare has provided affordable healthcare for millions of Americans, particularly 25 million Americans who will be left uninsured,” Hawkins continued.

Losing coverage could also prove devastating for women and expecting mothers, shared Andrea Ippolito, a health tech expert and founder of SimpliFed, a company that assists mothers who breastfeed.

“Right now, under the Affordable Care Act, it is your right to have access to lactation support and counseling without cost-sharing for as long as you are breastfeeding. If the ACA gets struck down, then insurers will not be required to cover it, which could have devastating impacts on new parents,” noted Ippolito.

“Currently, there is already a lack of services available for new parents, so this would be a huge blow to moms and babies. For babies, breastfeeding provides a protective effect against respiratory illnesses, ear infections, gastrointestinal diseases, and allergies, including asthma, eczema, and atopic dermatitis,” she continued.

According to a study by the Jama Health Forum, health issues facing the Black community in this election year are broader than insurance coverage.

The COVID-19 pandemic has ravaged black communities across the United States, and Black individuals are more likely than White individuals to report being adversely affected by COVID-19 when it comes to health and economics experts found.

“For example, Black individuals are significantly more likely to contract and die from COVID-19 than White individuals, regardless of income and, approximately 24 percent of Black people say they have a family member or a close friend who has died of COVID-19,” study authors noted.

Further, Black individuals are also more likely to be exposed to COVID-19 in their work environments and are disproportionately experiencing major financial challenges because of the pandemic.

The study also discovered that “a substantial share of Black adults are critical of their state governors on several aspects of the United States’ COVID-19 outbreak.

This, study authors determined, “includes one-third or more who reported disapproval of their state’s policies to ensure enough face masks (41 percent) and enough testing (40 percent), to help small- and medium-sized businesses (39 percent) and individuals (38 percent) in their state financially hurt by the outbreak, to provide health insurance or financial assistance to those who need medical care (35 percent), and ensure enough protective clothing for health workers (33 percent).”

The authors concluded that candidates interested in securing Black voters’ support must address the virus’s disproportionate economic and health consequences on this community.

Others noted that the 2020 election also has mental health consequences.

“Currently, there has not been sufficient attention to the real mental health needs of students,” stated Karen Gross, a former senior policy advisor to the U.S. Department of Education.

Since Trump took office in 2016, the number of uninsured people in the United States increased by more than 2.3 million, including 726,000 children, according to the nonprofit Washington, D.C.,-based think tank, Center for American Progress (CAP).

Research also revealed that the Trump administration’s attacks on Medicaid have also driven up the number of uninsured. The administration’s public charge rule created “chilling effects that discouraged immigrants and their family members from seeking coverage and care for which they are eligible,” CAP researchers found.

Also, at Trump’s urging, some states implemented work requirements for Medicaid and a study on Arkansas’ program demonstrated that these requirements, which a federal appeals court struck down earlier this year as illegal, resulted in coverage losses without actually increasing employment.

During his 2016 campaign, Trump repeatedly promised “insurance for everybody,” and committed to lowering costs. According to the CAP, the administration’s record “falls far short of these promises” as the number of uninsured Americans have swelled while Trump has chipped away at the consumer protections guaranteed by Obamacare.

“Costs have risen for Americans with marketplace plans, and the nation is mired in a public health crisis,” CAP researchers determined.

And, at Trump’s backing, Republican attorneys general have fought to repeal Obamacare all the way to the Supreme Court, which will hear the case next month.

Dr. Giuseppe Aragona, a general practitioner and family doctor at Prescription Doctor M.D., expressed concerned that the millions with preexisting conditions would suffer significant harm under a second Trump administration that abolishes Obamacare.

“The result could be crippling to our healthcare system and millions of families across the country. People would delay preventative health services due to limited access and ability to pay, which would result in a spike in emergency room visits and serious compounded health conditions that are expensive and not easily treated,” he determined.

“At a time where our country is battling a pandemic, social and civil unrest, and at a political tipping point, the safety and security provided by programs like the Affordable Care Act bring invaluable peace of mind to address their physical and mental health concerns in a timely manner.”