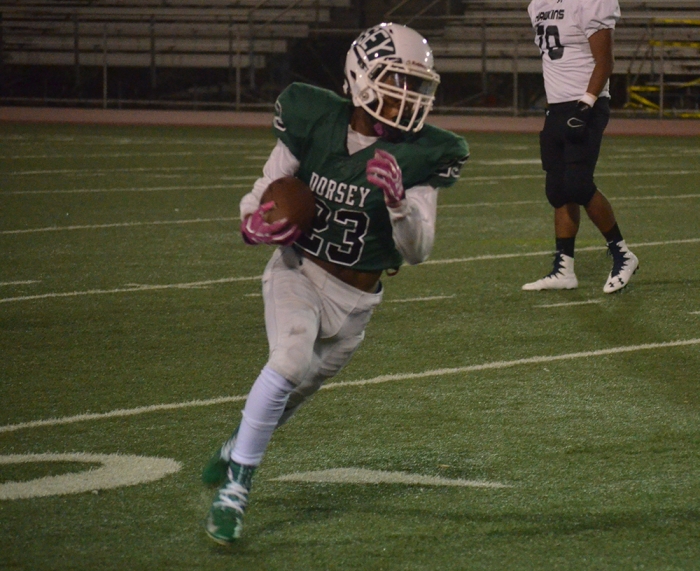 The Dorsey Dons football team started the second half of their season on a high note by defeating the Augustus Hawkins Hawks 20-0 for their homecoming game. Dorsey secured their first win of the season with pivotal defensive stops and a sound rushing game.

The first half of the season taught sophomore running back Tyler Williams to utilize the mental aspects of the game and to run harder.

“It’s what we’ve been waiting for,” Williams said. “We feel good.”

The homecoming festivities started when senior Kwan Stewart ran the kickout punt in for a touchdown. Stewart’s night only got better as he was crowned homecoming king at halftime. After a failed two-point conversion, the Dons were up by six.

Although the Dons acquired several penalties, they put in the effort to refuse the Hawks from gaining first downs, sophomore Shyhiem Holland initiated the first of three consecutive sacks the Dons defense administered upon the Hawks.

Dorsey moved the ball through runs by junior Kobe Carter and Williams throughout the second quarter. Williams attributed their success to their offensive line.

“They were giving a good push and a good block,” he said. “I just executed the runs, so I had to get through there and push and score.”

After escaping a fourth down, the Dons were in Hawkins territory; the rushers made moderate advances and soon scored a touchdown on a second-and-goal. They failed a two-point conversion again.

“We just had to change up our play style,” Williams said. “We should have scored but we had complications, but we got it together and scored, executed.”

The Dons defense stepped up in the third quarter when senior defensive back Leo Carter made an interception. Hawkins struggled to counter Dorsey’s defensive pressure for the rest of the game. In the fourth quarter, Hawkins could not advance out of their own territory. 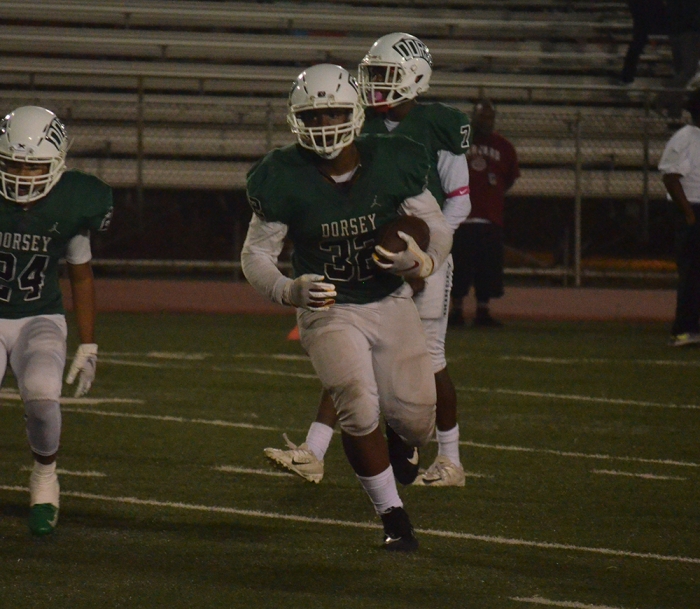 A sack would force them to turn the ball over on downs, allowing the Dons offense to start in the Hawks’ red zone. Williams secured the Dons’ final touchdown of the night with senior quarterback Darrion Morrison scrambling in the endzone for the two-point conversion.

This week the Dons will travel to battle the Locke Saints, who ascended to division I competition after winning the City Section division II championship last year.

Football Around the City

The Crenshaw Cougars triumphed over the View Park Knights 79-6. The Serra Cavaliers lost 7-24 to the Loyola Cubs and the Narbonne Gauchos shutout the San Pedro Pirates 53-0. 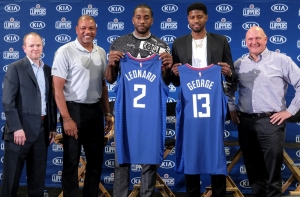 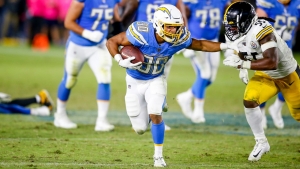 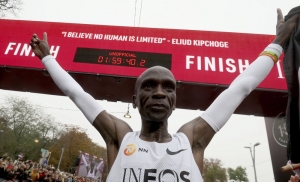