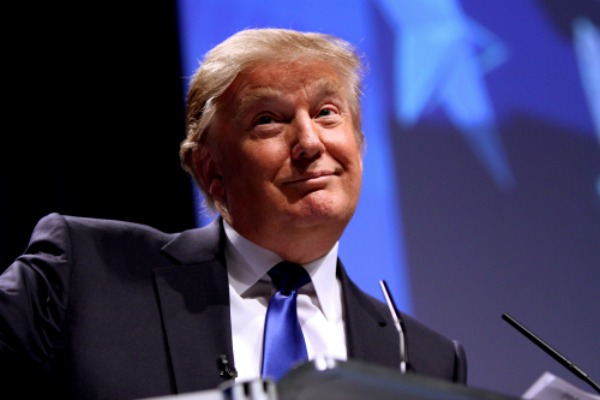 President-elect Donald Trump rode a wave of populism and big promises all the way to the White House. (Gage Skidmore/Wikimedia Commons)

Trump’s victory means that for the first time in U.S. history, an individual with no military experience or elected federal experience will be sworn in as President of the United States.

Clinton’s defeat and call of concession that ended the race in the early hours of November 9, ended a completely unpredictable campaign season in which polls, prognosticators and so-called political experts were wrong over and over again regarding Trump’s chances to win. As Trump defeated 16 other candidates during the Republican primary season, no one could explain his string of unexpected victories over more established candidates, some of whom were former or current governors and United States senators.

Republicans maintained control of the U.S. House of Representatives and the U.S. Senate, and gained control of the White House. Republican governors run 33 states. President-elect Donald Trump. Incredibly, House Democrats failed to pick up seats in Minnesota, Iowa, Florida, New York, Virginia and Pennsylvania — something no one predicted would happen. Ironically, Trump’s triumphant election night also yielded a record number of African American congressmen (more than 50) who will now serve on Capitol Hill during Trump’s first year in office.

Clinton is expected to win the popular vote, as votes continue to be counted. There is no doubt that Trump’s victory is a rejection of the presidency of Barack Obama, the first African American president of the U.S.  It is also a victory for the so-called “alt-right” wing of the Republican Party that has been a leading incubator of opposition and obstruction to President Obama for the better part of eight years.

Clinton lost the key states of Wisconsin, Michigan, Pennsylvania and North Carolina by less than two percent of the vote. The much-discussed “lack of enthusiasm” that has plagued the Clinton campaign has been a point of focus by many political observers for months. Though almost no one predicted that Trump would win, the Clinton campaign’s lack of specific and sustained grassroots-level investment in traditional Democratic voters will likely be a chief scapegoat for her loss.

Trump’s victory is no doubt a statement of White backlash against the successful programs and policies implemented during President Obama’s tenure.  The bottom line is that Trump’s victory inauguration on January 20, 2017, African American to control the White House and open the door to a decidedly different type of president who has not detailed any specific and clear agenda.