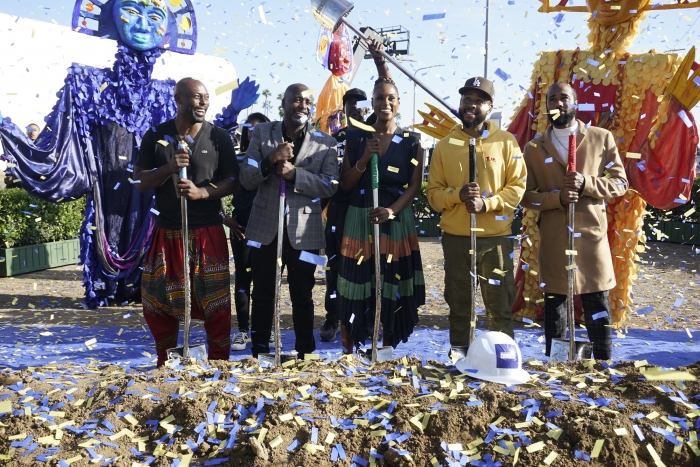 At the intersection of Crenshaw and Leimert, hundreds gathered to honor the history of Crenshaw Boulevard and Leimert Park and to celebrate the groundbreaking of Destination Park and its centerpiece; Sankofa Park.

The 1.3-mile outdoor museum will feature small parks and public art celebrating the history and culture of Black Los Angeles. Backed by Councilman Marqueece Harris-Dawson, Destination Crenshaw will stand as a cultural hub for years to come and a beautiful visual from Metro’s future Crenshaw Line. 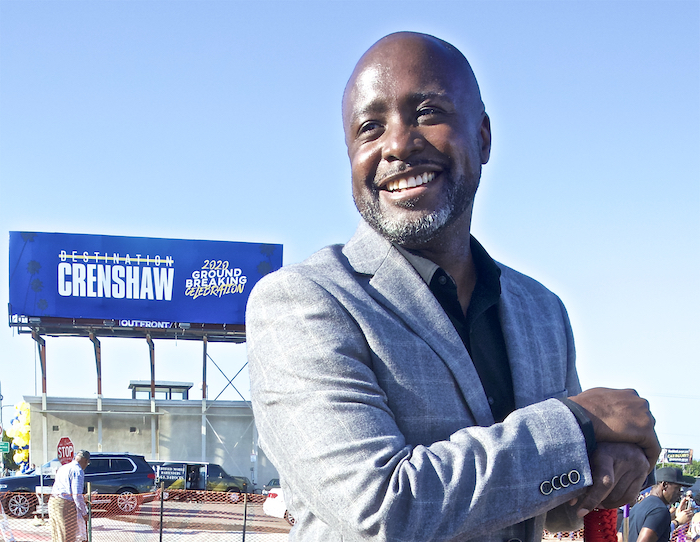 “I’m excited,” Senator Bradford stated. “It represents the best of the African American community but as stated, not only to pass the present, but the future, what we can do as a community when we all come together both from a philanthropic standpoint, from a civic standpoint, and just from residents as a whole.”

“I think we all could be proud of what’s going to happen here and we have to thank the Councilman for his leadership,” he continued. 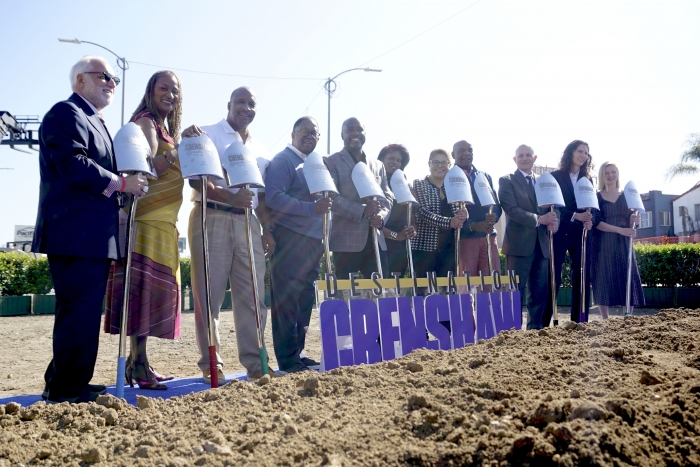 The main ceremony, which was hosted by KJLH’s Adai Lamar, welcomed speeches from the community partners while thanking small business owners for their patience and cooperation. Councilman Harris-Dawson shared remarks, grateful for the work being done to further rebuild Crenshaw Boulevard and Leimert Park. Part of his speech included announcing the project raised more than half of its total budget. Along with Councilman Harris-Dawson, Supervisor Ridley-Thomas and Councilman Herb Wesson spoke, congratulating and encouraging residents to continue to strive for excellence, Black excellence to be exact.

“It just shows where the imagination can result in,” Supervisor Ridley-Thomas stated. “This is cultural imagination and it’s going to elevate the quality of life. It’s going to make Crenshaw something that might not have been imagined otherwise.” 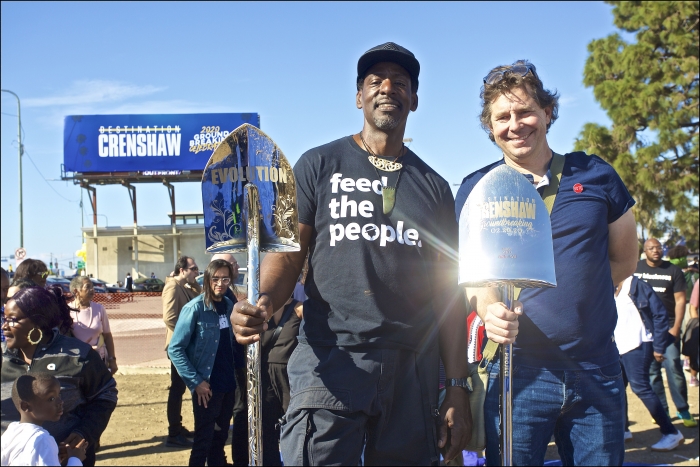 One Destination Crenshaw curator and The Ganster Garder, Ron Finely, who designed the groundbreaking shovels for the ceremony and artist, Scott Froschauer Photographed by Mesiyah McGinnis / L.A. Sentinel

Throughout the day, several key players on the project and spectators gathered and posed with the pristine Destination Crenshaw shovels and hard hats.  In true festival fashion, the east side of Crenshaw Blvd. was laden with food trucks and merchandising vendors, including visual art for sale.

The energetic event was full of exciting moments, but the highlight being celebrity appearance from Los Angeles native, Issa Rae. Born in View Park, Rae has opened a business in Los Angeles and filmed HBO’s Insecure in various locations across Inglewood, Leimert Park and more.

“This project is so incredibly special to me as a local resident, entrepreneur and creative because it’s a celebration of the monumental impact our culture has had on all aspects of art,” Rae stated. 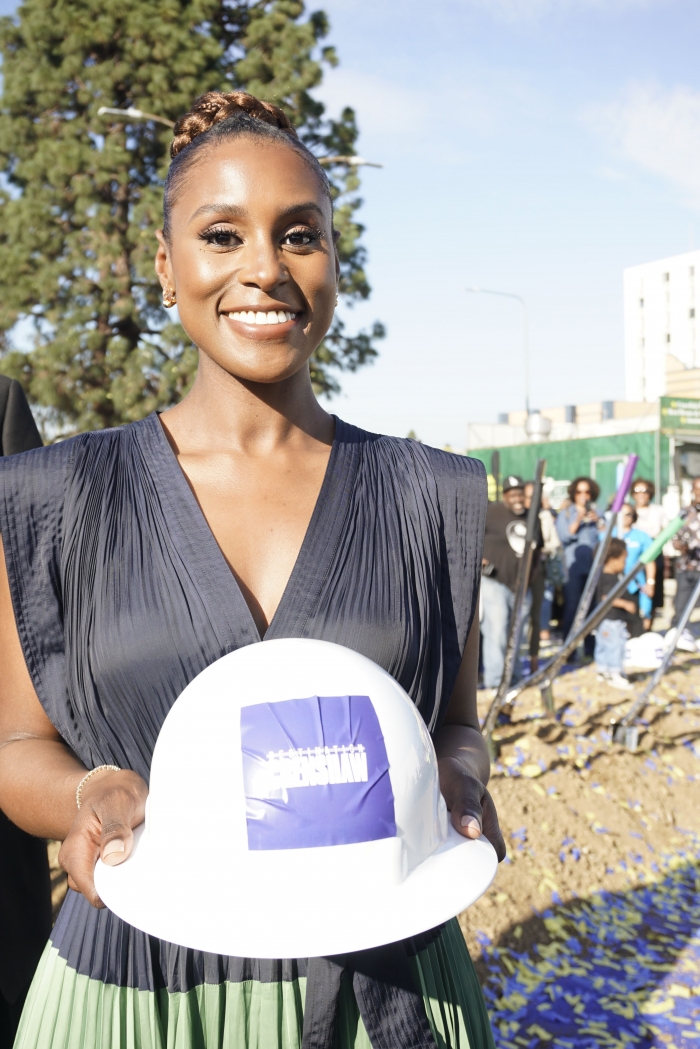 Issa Rae at the groundbreaking ceremony (Photographed by Kristina Dixon)

With a heartfelt speech from the stage, she explained to the audience and community the meaning of Sankofa, a Ghanaian word meaning, “go back to the past and bring forward that which is useful.” With the centerpiece for Destination Crenshaw being the Sankofa Park, the historical monument will contain 10 community gathering spaces with words such as, “improvisation,” “firsts,” “dream,” and “togetherness,” as themes to align with the mission and meaning of Sankofa.

“This is one of the city’s most significant transit corridors and it’s going to be punctuated with culture. We’re going to be serving the public need in terms of transit and culture. There’s an appetite for both and when they come together, it’s a beautiful thing,” said Supervisor Ridley-Thomas. 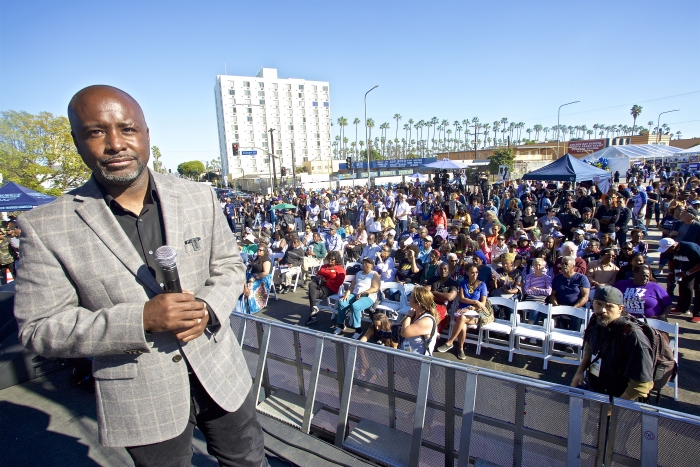 Those in attendance were able to catch a glimpse of what is to come with a video showing the design plans from Perkins + Will, cultural inclusion, and happy members of the community. The video also paid homage to the late Nipsey Hussle, using his inspirational song, “Real Big” for the musical inspiration of the video, honoring the community leader, who supported Destination Crenshaw before his untimely death.

With pride and solidarity, the groundbreaking fulfilled its purpose and brought together the community.

“This project is for us by us, so please take ownership of it,” Rae encouraged. “Make your voices heard. This land is our land, and we’re not going anywhere. We are here to stay!” 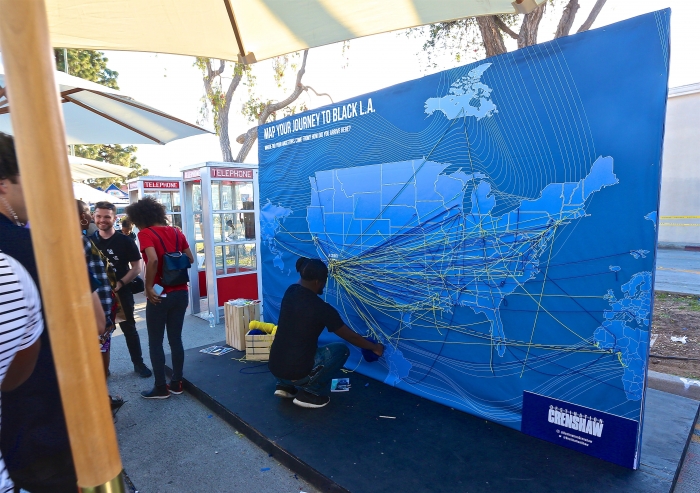