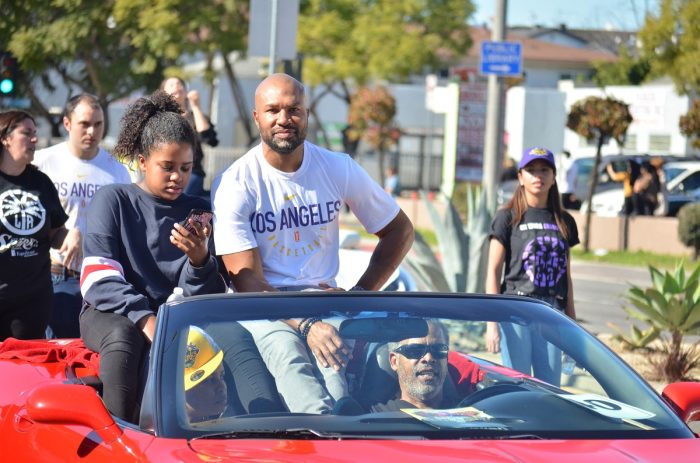 “If you know Derek Fisher, you know what he stands for, great, honest, hardworking, for-the-people type of guy,” said Sparks executive vice president and general manager, Penny Toler. “I think it’s a perfect fit and it’s great way to support the Sparks brand.” 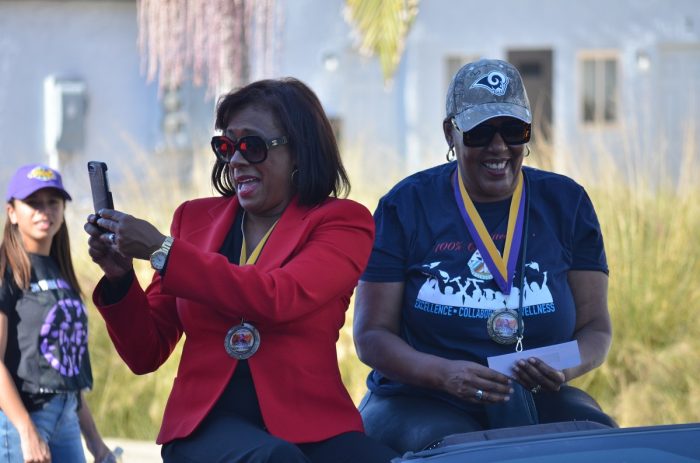 Fisher noted how he was honored and humbled by the opportunity, he began his professional basketball career in Inglewood. He spent his first three seasons as a Laker in the Great Western Forum before the team moved to the Staples Center.

“Anything that I can do positively to help the city, I want to do it,” Fisher said. “I think a lot of good leadership qualities I try to exude, kinda stem from being exposed to how [King] carried himself and the way he really battled through everything, adversity, people questioning who he is, his character, his integrity and he didn’t allow that to deter him from his calling.”

Riding along with Fisher is newly hired Sparks president and COO, Danita Johnson and Toler. Johnson noted that King taught people to “have a voice.” 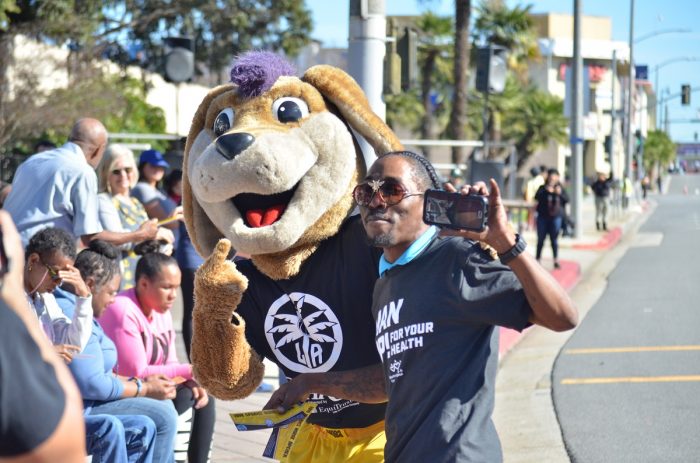 “When we celebrate [King] it’s about continuing to have a voice,” she said. “When I think about what we get to wake up and do everyday as women in business and as African American women leading a sports organization, which is very rare, we get to have that voice.”

This is the 35th annual Martin Luther King Day Celebration hosted by the city of Inglewood. Mayor James Butts noted how he has been with Inglewood since 1972 and how glad he is to help develop the city.

“When Derek Fisher was playing with the Lakers, I was a policeman working overtime at those games,” Butts said. “To have him here as our grand marshal is the cherry on top of the icing of the cake.” 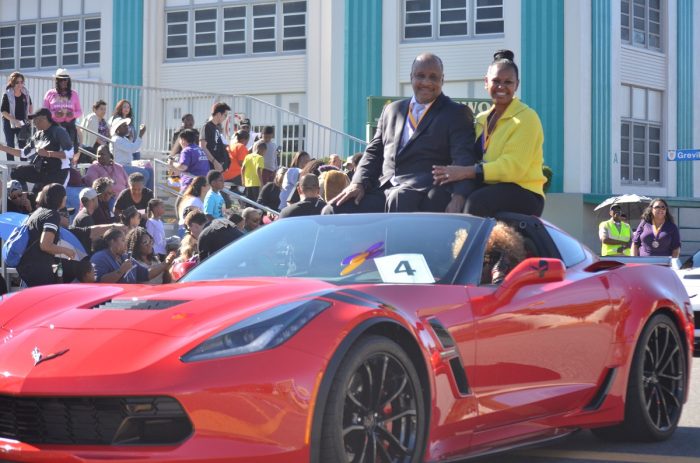 King exemplified the importance of helping others and fighting for equality. Fisher recalled learning about King and gravitating to his story when he was growing up.

“Very little of what he did was to the benefit of him,” Fisher said. “To continue to sacrifice for others and put himself and his family at risk every single day, to me, that’s when you talk about sacrifice, you talk about serving the needs of others.”