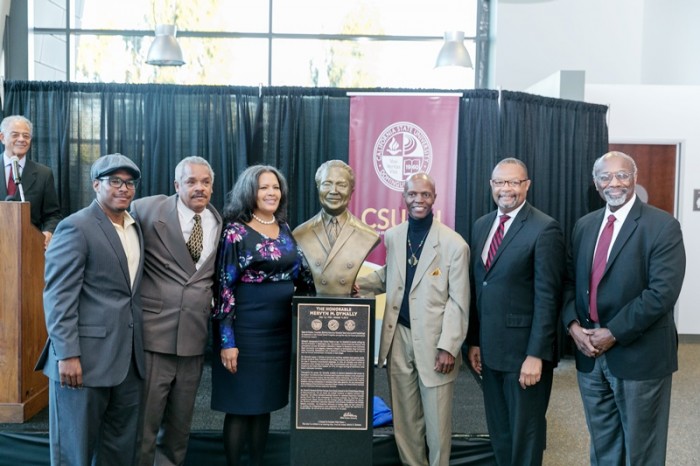 At a special reception on November 12, California State University, Dominguez Hills (CSUDH) officially named the Mervyn M. Dymally African American Political and Economic Institute that is housed on campus and unveiled a sculpture of the legendary politician that will be permanently on display in the University Library to honor his impact on the region and the state.

Coordinated by the institute and Lynn Dymally, the late congressman’s daughter, the reception was attended by many of his friends, family and political colleagues.

A staunch advocate for education, Dymally spearheaded into law the institute that now bears his name and brought it to CSUDH in 2003. Earlier this year, the California Legislative Black Caucus supported and won approval for a $250,000 baseline appropriation in the state budget to ensure the institute can achieve its mission as a non-partisan public policy center focused on issues affecting the well-being of African-American communities locally, regionally and nationally. 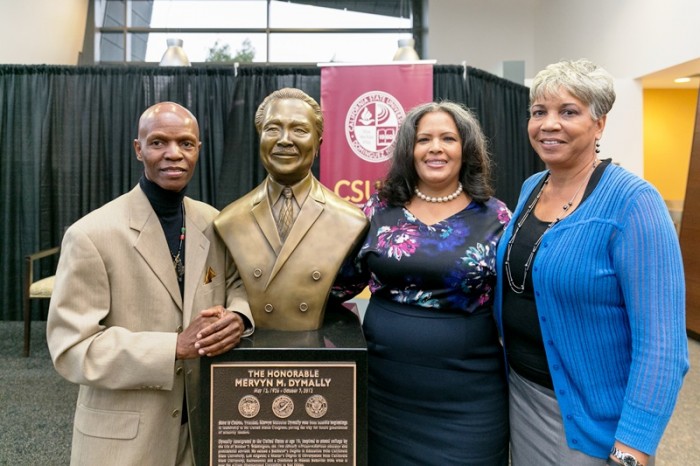 “We are very proud and we think it’s very important to have this institute on our campus, because, like Mr. Dymally, we’re all about transformation through education. We are committed at this university to making this institute one of the best, most highly regarded black think-tanks in the nation,” said CSUDH President Willie J. Hagan.

After the unveiling, California Assemblyman Reggie Jones-Sawyer, chair of the California Legislative Black Caucus, pledged continued support for the institute.