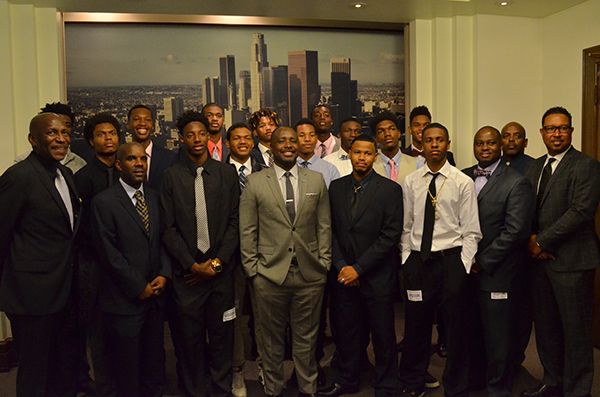 In front of City Council president Herb Wesson and other L.A. City Council members was the Crenshaw boys basketball team, wearing suits and ties. The team made a similar trip to City Hall last year. Councilmember Marqueece Harris-Dawson invited them to a City Council meeting to honor their back-to-back City Section championships.

Crenshaw principal L. Remon Corley mentioned how grateful he was for receiving the recognition.

“I’m very proud of what they represent for our school because not only are they great athletes … they’e also great students,” Corley said. “We have a lot of high achievers, academically on this team.”

These officious years also came with accolades for the team. Head coach Ed Waters earned CIF division I Coach of the Year honors two years in a row.

“It’s something you’re not looking for and so when it happens, it’s very rewarding,” he said. “To win it two years in a row, it’s a great feeling.”

Senior Lamar Harris became division I Player of the Year in 2016 and senior Chris Kendrick earned the same honor this year. 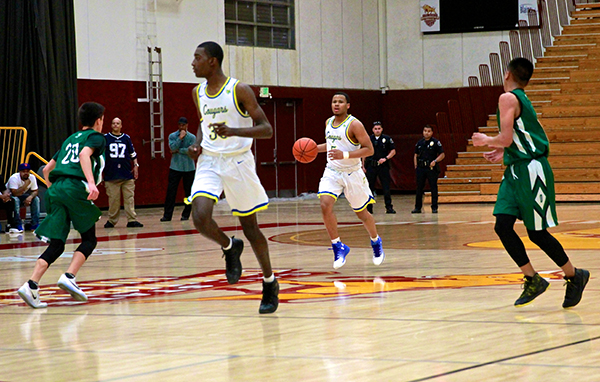 “Crenshaw brings the love and I bring the love to Crenshaw,” Kendrick said. “I always helped my team and put them on my back for us to get through what we have to get through.”

Harris recalled how Granada Hills challenged Crenshaw in the first half of the championship game.

“When we first started off, I was kind of mad because I though we was gonna lose because we was trailing,” Harris said. “Halftime came and I was like ‘We got to turn the game up’ [because] the crowd’s quiet. The other team is was cheering.”

“Seeing my teammates happy gets me happy,” Harris said. “It’s been fun for these two years.” 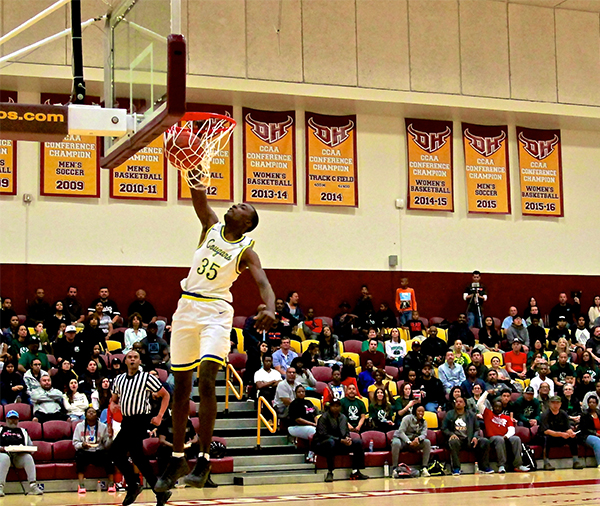 Being a second-generation Crenshaw student, Kendrick was exposed to the South L.A. school long before enrolling.

“He went through a process,” Waters said about Kendrick. “He went from a J.V. player to starting in his 10th, 11th and 12th grade year, MVP in our league.”

Harris made an impact during the 2015-16 season, which was also his first year playing high school basketball. Waters noted how the feat of him becoming CIF Player of the Year so quickly is rare.

“He matured so greatly,” Waters said. “Came to Crenshaw, got involved with our program and found himself, I’m just so proud of him.”

The two championships rekindled the winning legacy Crenshaw has in basketball. Harris mentioned how Waters left a positive impact on him as a person as well as an athlete.

“He helped me to develop as a man,” Harris said. “He helped me, brought me to Crenshaw, made me make some new brothers.” 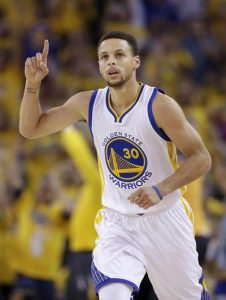