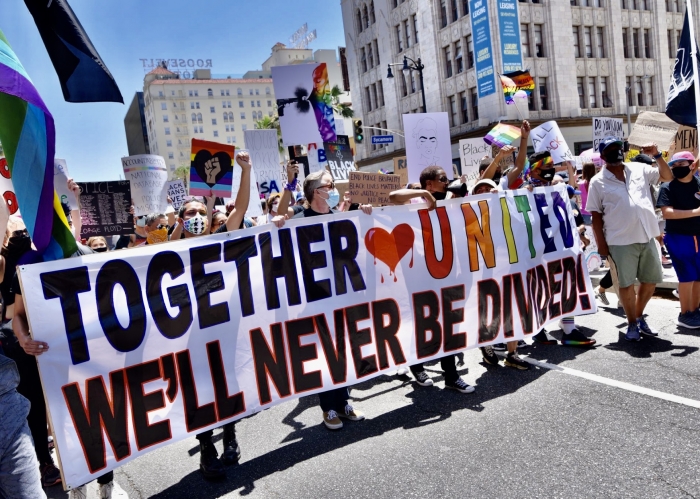 Councilmember Curren Price this week continued to champion efforts that reimagine public safety in Los Angeles and address systemic racism and injustices in communities of color.

Reports on the following motions will be heard in the new fiscal year:

On June 30, the City Council unanimously approved Councilman Price’s motion that would make it illegal to call 911 to make a false or frivolous report based on racial bias. While it is illegal to make a false 911 report, the current law does not address 911 calls used in a racially motivated way. The motion asks for the City Attorney and the Los Angeles Police Department (LAPD) to report back on options that could include criminal penalties, as well as giving the victims the right to seek damages and bring about private civil actions against the perpetrator. It joins a growing list of proposed reform policies that demonstrate Councilman Price’s commitment to reinvent public safety and restructure the role of armed police in our neighborhoods.

Also on Tuesday, the City Council backed a motion that Councilman Curren Price co-presented alongside LA City Council President Nury Martinez, and Councilmembers Herb Wesson and Marqueece Harris-Dawson, that would require unarmed, non-law enforcement agencies to respond to non-violent situations as an alternative to dispatching a police officer. The motion calls for the development of a crisis response system made up of service providers, including medical professionals, mental health workers, homelessness experts and other professional social workers, with specialized training to replace police in non-violent, non-emergency crises.

Furthermore, Councilmembers Price, Wesson, Harris-Dawson and Mike Bonin on June 30 introduced a motion that would remove the LAPD from enforcing traffic laws and moving violations. The legislation would direct the Los Angeles Department of Transportation (LADOT) and other city staff to consult with community stakeholders and suggest alternative methods of enforcing traffic laws, such as speeding, illegal turns, and other vehicle code violations, that do not require armed officers. The report will look at national and international best practices, and consider transferring enforcement authority from the LAPD to LADOT, as well as using automated equipment.

“Over the years, data has shown that Black and Latinx motorists are more likely to have an escalated interaction with a police officer than white people during routine traffic stops. This proposal demonstrates our dedication to restructuring the role of armed law enforcement in Los Angeles,” said Councilmember Price. “People of color should not have to worry about whether they’re going to be handcuffed in front of their children, slammed to the ground or make it back home to their loved ones when they get pulled over by the police. Now is the time to consider common sense police reforms that will give our communities of color peace of mind, security and a sense of relief.”

On July 1, the LA City Council is expected to vote on Councilman Price’s proposed plan to reduce $150 million from the LAPD 2020-2021 budget and reinvest $100 million of those dollars into Black and Brown communities for youth work programs, local hire efforts, and other needed resources benefiting the disenfranchised.

“Given the current climate, it’s clear we have fallen short in how we support our Black and Latinx brothers and sisters; by consciously investing in services that get to the root causes of social injustice and inequity, this would afford them greater possibilities,” said Councilman Price. “We have been put to the test to disrupt the status quo to be creative and intentional in our actions. Most importantly, to give up on the old ways of thinking, which garnered the same old results so we must look at things through a fresh perspective.”