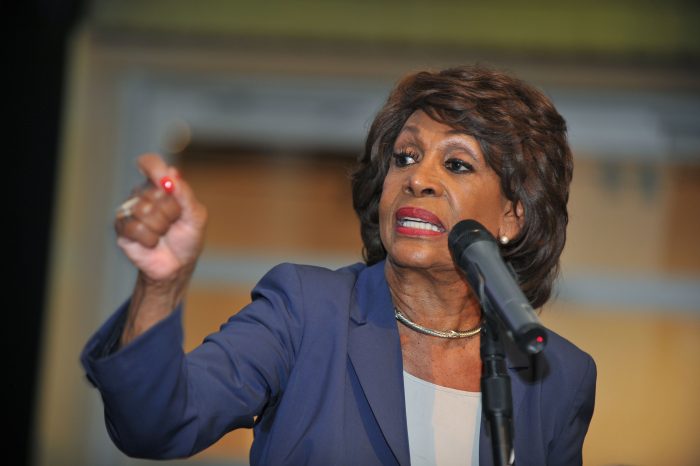 Congresswoman Maxine Waters (CA-43), Ranking Member of the House Financial Services Committee, issued the following statement on the Trump administration’s failure to meet the court-ordered deadlines to reunite children with their parents. As of August 10, 500 children remain separated from their parents.

“Donald Trump was ordered by a federal judge to reunify each of the more than 2,500 children that his administration recklessly separated from their parents by July 26. More than two weeks have passed since the deadline, and this president – a man who has proven that he has no respect for families or the rule of law – has failed to fully comply with the federal judge’s ruling. Furthermore, due to this administration’s gross incompetence, many of the remaining children in the Trump administration’s custody may now be permanently orphaned, as nearly 400 of their parents have already been deported. Enough is enough. The federal courts need to hold Donald Trump and his administration accountable.

“The federal judge has given the Trump administration ample time to reunite these innocent children with their parents. However, their failure to meet the court-ordered deadlines prove that this administration cannot be trusted to fully comply with the federal judge’s order on its own volition. Therefore, I believe any Trump administration officials — including Attorney General Jeff Sessions and Homeland Security Secretary Kirstjen Nielsen — who are directly overseeing the government’s family reunification efforts are in violation of a federal court order, and should be made to answer for that violation before a federal judge. If necessary, the federal judge should hold these officials in contempt of court. There must be consequences for failing to comply with federal court orders, and being held accountable before a federal judge is a necessary first step.”