When the Congressional Black Caucus (CBC) holds its Annual Legislative Conference this September (Sep. 12–16), I hope there will be a tribute to one of its founders, Congressman Ron Dellums, who made his transition on July 30.

Dellums was a fierce, focused fighter for justice, an anti-war activist who served in the military, authored several CBC Alternative Budgets (budgets that focused on human needs rather than military buildup) and was an indefatigable fighter for South African freedom.

He is the epitome of congressional activism, progressive leadership, and stellar integrity. After 27 years in congress and a term as Mayor of Oakland, he had a much lower profile in recent years. Still, his name remains synonymous with principled leadership, and he will be sincerely missed!

Dellums blazed on the national political scene, decried by then Vice President, Spiro Agnew, as a “radical” from “Ber-zerkely.” Dellums had the right response, telling the Washington Post:

“If being an advocate of peace, justice, and humanity toward all human beings is radical, then I’m glad to be called radical. And if it is radical to oppose the use of 70 percent of federal monies for destruction and war, then I am a radical.”

With this as a definition of “radical,” the question really is, why aren’t there more radicals in our nation?

I’m not sure what Congressman Dellums would think of the organization he co-founded. While he became somewhat less confrontational the longer he served in Congress, the fight never left him. He didn’t mind calling presidents or his colleagues out, though he did it in a way that even conservative House Speaker Tom Delay (R-TX), described as gentlemanly.

Upon Dellums’ retirement from the House of Representatives in the middle of his term in 1998, Delay spoke on his greatness.

“We are losing one of its finest members, a member that I have great respect for, because he always did his homework, was so articulate and eloquent on this floor,” Delay said. “He always got my attention when he stood up and took the microphone.”

Emphasizing Dellmus’ ability to stop every member of Congress in their tracks, Delay also mentioned the late congressman’s aptitude to claim the respect that both sides of the aisle had for the gentleman from California.

Though Dellums ran for Congress as a Democrat and caucused with the Democrats, he did not register to vote as a Democrat until he ran for Mayor of Oakland.

Indeed, he was one of the vice-chairs of the Democratic Socialists of America. His alternative budgets reflected socialistic principles, elevating human needs over military needs, embracing pacifism instead of war and military intervention.

He had a masters’ degree in social work, and it showed, both in his interactions with people and in the alternative budgets he worked on.

When I was a professor at UC Berkeley, I brought a group of students (I called them Bey-Bey’s kids because some of them were so wild) to D.C. to soak up some public policy knowledge.

Congressman Dellums’ team told us that he only had 30 minutes, but when he met the group, got engaged with them and began to answer their questions. He took off his jacket, rolled up his sleeves, pulled out a flip chart and broke down the CBC Alternative Budget. We were there for almost two hours, far more than the allotted time.

He acknowledged that the Alternative Budget had no chance of passing, but said that he worked so hard on it, because it was “a possibility.” He persistently fought for the right thing, even if the right thing was a long shot.

His tenacity was responsible for the passage of the Comprehensive Anti-Apartheid Act of 1986, legislation that imposed sanctions, urged US companies to stop doing business with South Africa, and set conditions, including the release of political prisoners, before sanctions could be lifted.

Ronald Reagan vetoed the legislation, preferring “constructive engagement,” but Congress overrode the veto, something that rarely happens in foreign policy matter. It is a tribute to Dellums’ political skills that a man who was ridiculed as a radical upon entering Congress, had developed the kinds of bipartisan relationships that would override a presidential veto.

Dellums got much criticism for his time as Oakland mayor, but it is essential to note that not many, after serving 27 years in Congress, would have signed up to run a troubled city.

He was drafted by the people of Oakland, who urged him to serve, and he defiantly told people that if they weren’t satisfied with his leadership, they could recall him! Ron Dellums used his national notoriety to lobby for his city, getting more recovery aid from the Obama administration than any other city except Chicago. He saw Oakland as a “Model City” and encouraged citizen participation, convening several task forces to help shape the direction of the city.

The best thing that Ron Dellums ever did was succession planning. He surrounded himself with young, bright leaders and encouraged them in their aspirations.

One of his protégés, Keith Carson, serves on the Alameda County Board of Supervisors. Another, Sandre’ Swanson, served on the California State Assembly and Congresswoman Barbara Lee—just as fierce a fighter as Dellums, became his hand-picked successor.

The Congressional Black Caucus today needs more Dellums energy. Oh, the Alternative Budget is still annually prepared, but it doesn’t get the visibility that it should.

Fierce fighters like Barbara Lee and Maxine Waters are often threatened and ridiculed, where not enough of their colleagues have their backs, while too many Black American politicians are pragmatic, instead of being principled. May the spirit of Ron Dellums always live among Black American and progressive leaders! 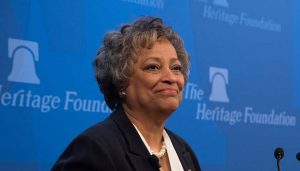