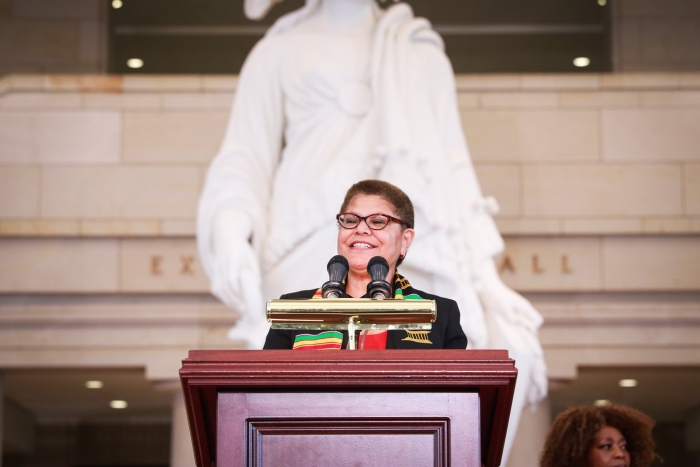 Congressional leadership and other esteemed guests joined the CBC to mark ‘The Year of Return’ and the 400th anniversary of the arrival of the first enslaved Africans in Jamestown Virginia.  This ceremony was a part of a series of events held by the Congressional Black Caucus to honor ‘The Year of Return’ which includes a recent delegation trip to Ghana with Speaker Pelosi.

Chairwoman Karen Bass: Good morning everyone. I want to welcome you to the commemoration of an important moment in our nation’s history. I want to thank the legislative leaders, the speakers, and the choir from Howard University for taking the time to participate today. I also want to give special thanks to and for the leadership of Rep. Bonnie Watson Coleman, who assisted the Congressional Black Caucus staff with planning today’s event.  I also want to thank Democratic Caucus Chairman Hakeem Jeffries who is responsible for everyone having the New York Times 1619 series in your seat. Hopefully, everyone will take time to read this important story.

Today we complete the journey we began in Ghana.  Today’s commemoration is a recognition, an acknowledgement of the beginning of the 256-year history of enslavement in our country. This period began before our nation was officially the United States of America and ended with the civil war – a period in our history that was about the entire nation – not just about on region of the nation.

The Black experience has help build this country. By acknowledging, learning, and then understanding who we are is the first steps toward collective healing. The knowledge of the complete American story will hopefully encourage us all to continue the fight to build a more perfect union. 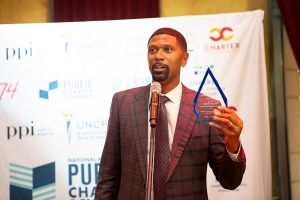