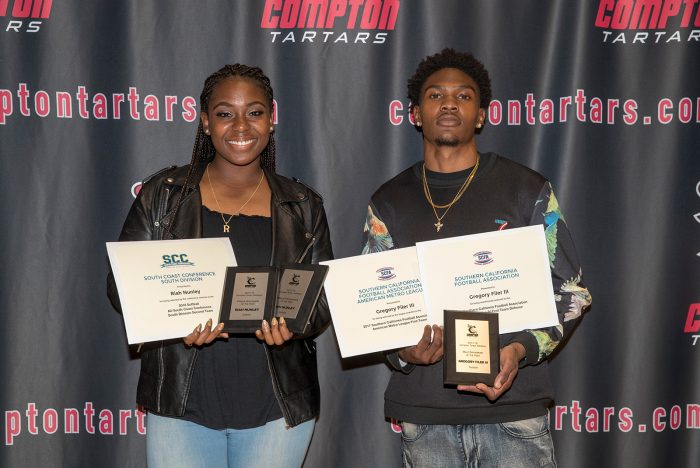 (Left to right) Compton College softball player Riah Nunley and football player Gregory Filer, III were each named the Sophomore of the Year at the 2018 Tartar Athletics Awards banquet, which celebrated the achievements of Compton College student-athletes for the 2017-18 academic year. 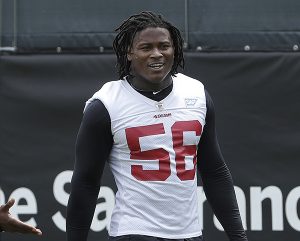 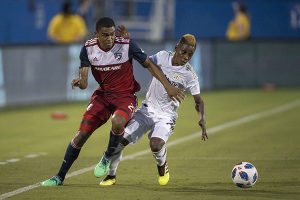 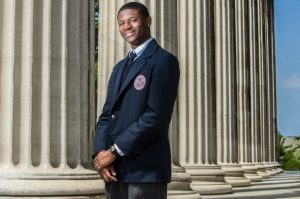 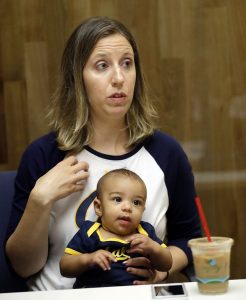 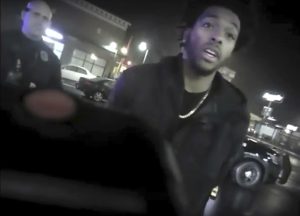