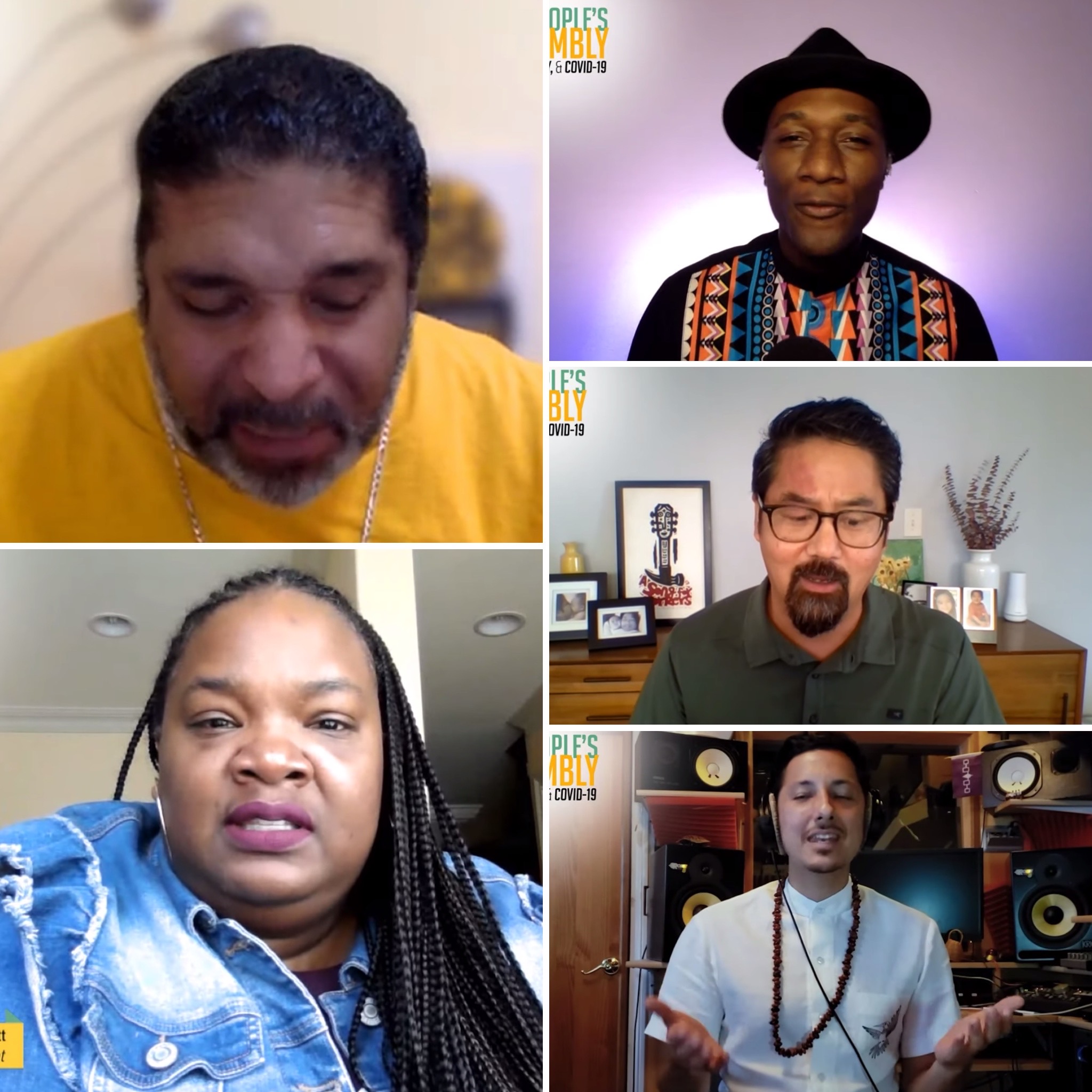 As we continue to persevere through uncertainties and shutdowns, the Community Coalition in partnership with several other community-based organizations gathered virtually to present The People’s Assembly on Race, Equity & COVID-19.

The conversation which included celebrities, front-line workers and various organizations discussed the blatant inequities across the nation. Educational divides, health disparities, and lack of safety, technology, transportation and overall support have come to public light since COVID-19. The Community Coalition took this as an opportunity to inspire, educate and advocate for each other by demanding new policies that address social, economic, education, and health inequalities once the COVID-19 pandemic has settled.

“Communities of color have long been fighting for equitable distribution of access to healthcare, education, criminal justice reforms, housing, jobs, and other resources that have been denied due to systemic racism. COVID-19 is merely shining a light on what we’ve already known to be true,” president & CEO of Community Coalition Alberto Retana said in a statement. 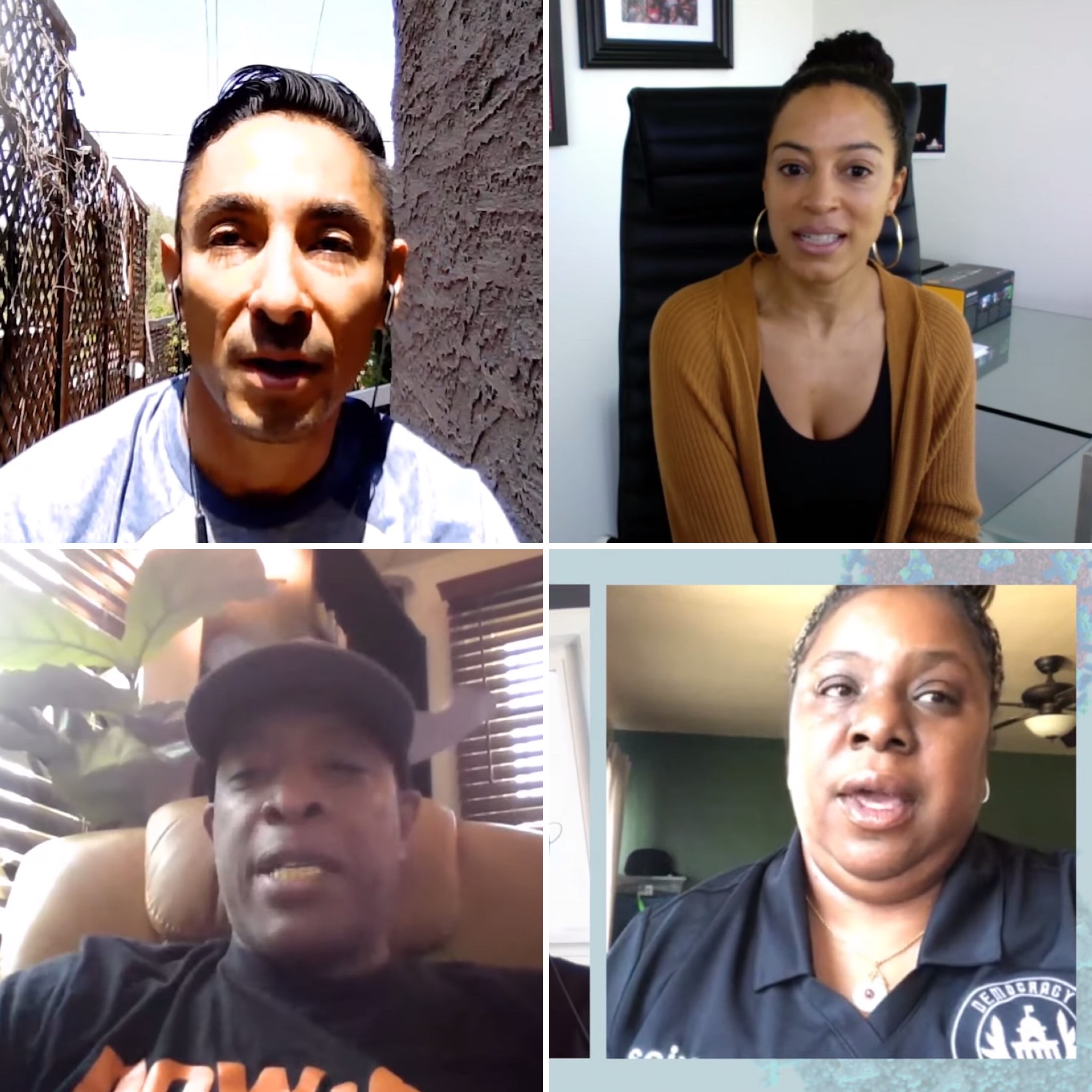 Covid-19 has exposed America’s dirty laundry of racial inequities for the world to see and the overarching theme of the program was that all policies to address the fallout of the crisis need to center racial equity and community voices given it’s hitting people of color the hardest. (screenshot)

The groups piled together to create a list of demands including equity-based response in the distribution of resources which details as a surge in culturally appropriate public education campaigns. Funding and providing equipment for institutions that are trusted within communities. Supplies and support for seniors and at-risk residents that protect everyone while at work, school, in their homes, or shopping for essential items.

“This isn’t just a health crisis, this is an economic crisis. We are on the cusp of what could be the worst depression our country has ever seen,” April Verrett, president of SEIU 2015 stated. “We are already living paycheck-to-paycheck, just getting by if we are lucky.”

As we’ve learned and stats provided by the various organizations prove, the placement of those living near the poverty lines, class and race are fueling the pandemic in Los Angeles alone. Decades of discrimination are now affecting the means to simply get a cure or medical assistance as we scramble to find a cure for the virus.

As promised, they spoke with actual members of the community who are actively working; many of whom shared fears for not only their lives but their families as they often have no solution to overcrowding and keeping at a safe distance.

Students shared their concerns for schooling and uncertainty for what their future entails and each sentiment boiled down to inequalities. Whether it is businesses or schooling, regardless of age, everyone was encouraged to unite and fight against the system to fight for justice for minorities and at-risk citizens.

Actor Kendrick Sampson spoke to both parolees and business owner Karim Webb, who shared how these times have been trying as they work to maintain. 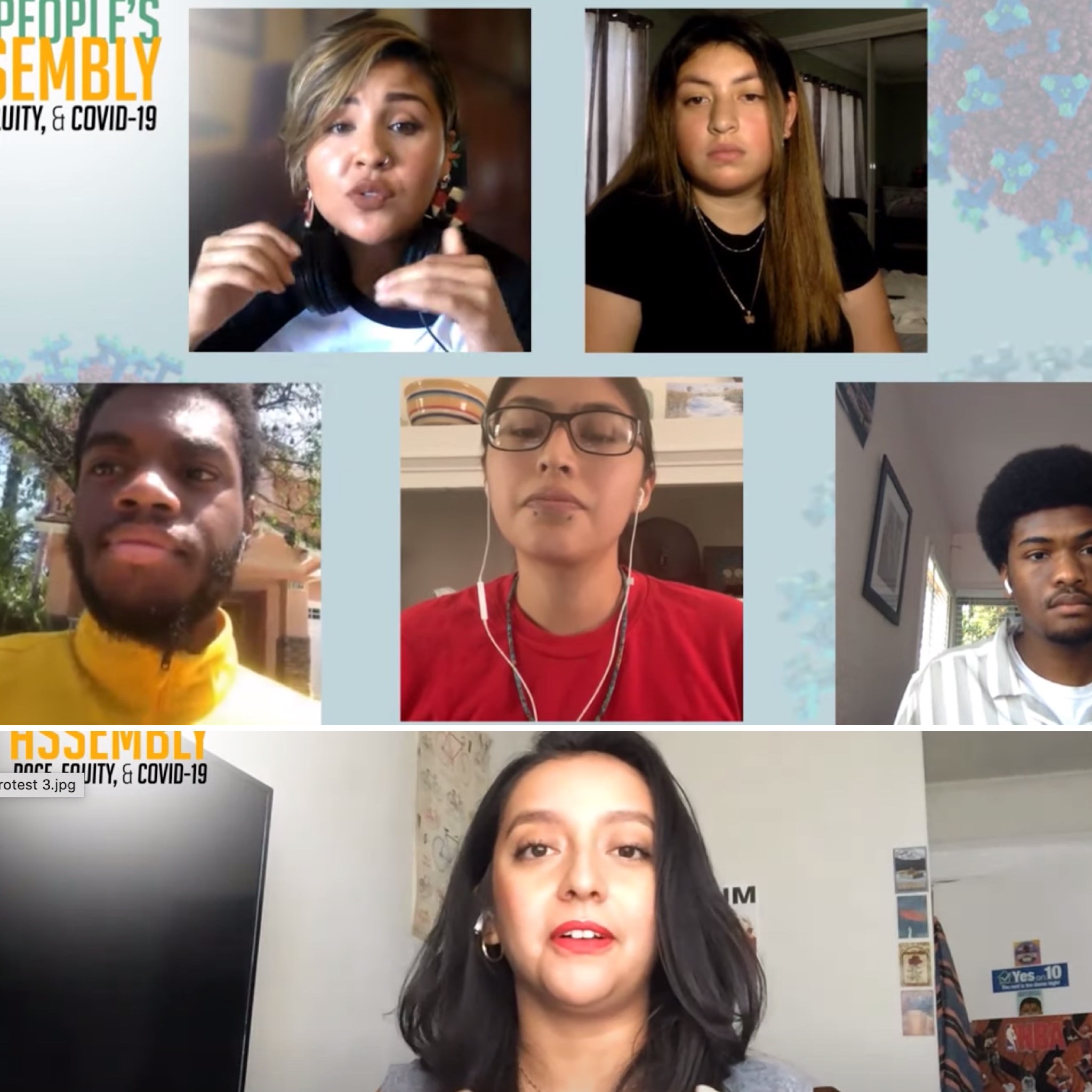 Louie Brash of AntiRecidivism spent 25 years in prison was released April 10, 2020, shared that the issues with the justice system are lack of supplies and masks for inmates. As a parolee, he’s experiencing challenges including not being able to see or spend time with his family, “Furthermore, I don’t want to spend time with my family because I don’t know if I have been exposed to the virus because I’m in a home with 25 other occupants,” some of whom he shares, are still working on the frontlines.

Multiple-business-owner, Karim Webb shared these times make it difficult to employ those in need. As an owner of several Buffalo Wild Wing restaurants and a board member of many philanthropic organizations, times like this put a halt to efforts that normally would help build and uplift the community.

“I think the lesson learned is, have a relationship with the small banks,” Webb gave as a token of advice. “It leads to making certain that your financial policy is in order from day one of your business,” he said which would help create various methods to help small-businesses grow and maintain during down periods.

As we can all hope for the best, The People’s Assembly managed to encourage and enlighten viewers into the world of all those who are oppressed and brought communities closer as expected.

For more information on their efforts and to learn more about the research and The People’s Assembly visit http://cocosouthla.org/.